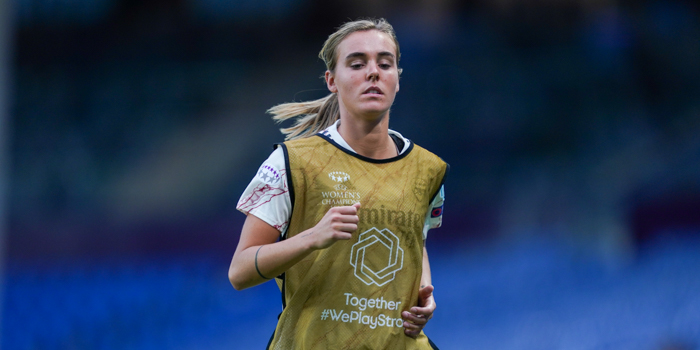 Arsenal boss Joe Montemurro has revealed that family reasons were a big driver in Jill Roord’s decision to join Wolfsburg next season. The Dutch international’s move back to the Frauen Bundesliga was confirmed earlier this week.

Roord has become a regular this season under Joe and despite having a year left on her contract, she made the decision to accept Wolfsburg’s offer- they are located just a three hour drive from Jill’s family home in the Netherlands.

“She’s another player I am really proud to have coached,” Montemurro told Arseblog News. “When we got her she wasn’t in the top echelon of players at Bayern, she was in and out of the team. I saw some really special qualities in her and I saw someone that could bring that little bit of extra power in the middle of the park and it was great to recruit her. She’s another great football brain.

“It’s been a really special two years for her here, she has really grown into the way we play and out herself onto the level as one of the top players in Europe. We seem to do that here at Arsenal, to give these players opportunities and they excel.

“I wish her all the best at Wolfsburg. She came to me earlier this year and she’s been hit hard by the pandemic in terms of her family, she missed her family a lot and loves being around them. She just felt she wanted to move closer to home and Wolfsburg came in for her and for her wellbeing I think it was the right decision.”

This one really makes me quite sad. Jill has easily been one of my favorite players the last couple seasons. Can’t blame her for moving back closer to home, but will definitely miss her being a Gunner.

Family reasons seems to be a common theme with players these days.

We seem to forget players are humans too and the last 18 months has been tough on everybody.