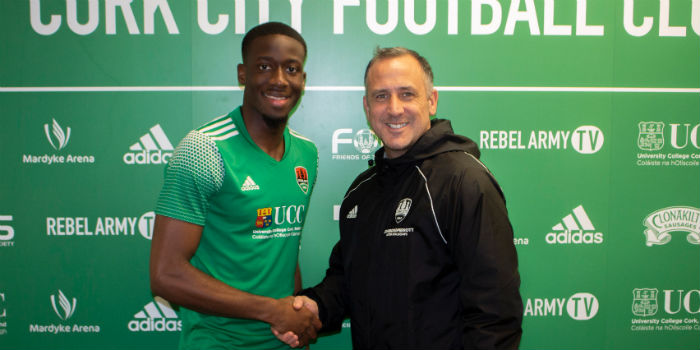 Arsenal announced yesterday that two youngsters, Joseph Olowu and Jason Sraha, will leave the club when their contracts expire at the end of this month.

Neither departure comes as much of a surprise. Olowu, a centre-back, has recently been on loan at Cork City and Wealdstone having found it difficult to break into the first-team setup at Arsenal.

The 21-year-old’s commitment cannot be questioned but it is the right time for him to move on, especially with Arsenal having a host of other young centre-backs at their disposal, such as Daniel Ballard, Harry Clarke, Mark McGuinness, Zech Medley and Omar Rekik.

Sraha, another centre-back, has been let go having endured much frustration on the injury front since he joined Arsenal two years ago following his departure from Chelsea.

Having been restricted to just six appearances for the U18s, Sraha will hope to be able to feature more prominently should he find a new club.

This is just the start of a significant summer as far as Arsenal’s academy is concerned, and there could be several further departures.

Midfielder Ben Sheaf, for instance, may join Coventry City permanently following his loan spell, while left-back Tolaji Bola could be sold if a suitable offer is made for him.

The same applies to 26-year-old goalkeeper Deyan Iliev, who is set to enter the final year of his contract.

I love how Iliev at 26 is still a youth player. Wonder if they may be tempted to promote him to the first team as a HG player.

the new hierarchy have decimated the structures that arsene had put in place—if they were poor before as some people believe the resultant situation will be nothing short of catastrophioc for our club, as arsene put his heart and soul into the club to the detriment of his own personal life—very rarely do you find this —
the guys in charge are simply mercenaries—arteta is just a yes man–pretender

The Beast
Reply to  gus

So you saw Olowu & Sraha breaking into the first team then?