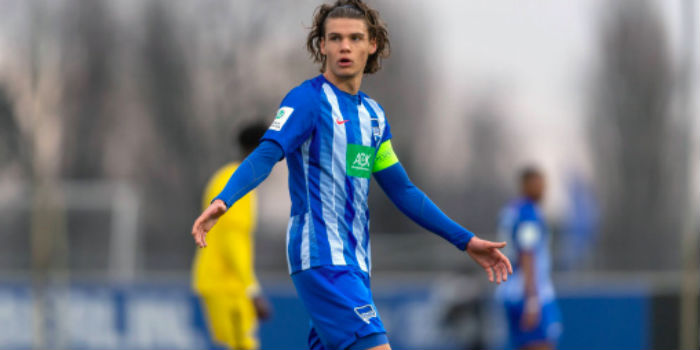 Omar Rekik has endured much frustration this year, but the second half of 2021 could prove to be very eventful for the centre-back.

After agreeing to join Arsenal last year, the move that took Rekik from Hertha Berlin to the Gunners was delayed until January because of a paperwork problem.

When the move did eventually materialise Rekik settled in well initially in training but was then hit with another blow as he suffered an injury that would keep him out of action until May.

Rekik finally made his first appearance in an Arsenal shirt as he came on for the final 14 minutes in the U23s’ last game of the season against West Ham United.

Since then Rekik, who previously played for the Netherlands at youth level, has become a senior international for Tunisia as he started in a friendly against Mali this week.

Rekik will hope that he will be able to make many more appearances for Tunisia in the near future, but his main focus will be on making an impact for Arsenal.

Even though he has only played fleetingly for the club, Rekik is very highly rated at London Colney, as evidenced by the fact that he has trained with the first-team whenever possible.

It isn’t guaranteed that he will make his first-team debut next season, but Rekik will certainly be amongst those ready to step in if there is an injury crisis at centre-back.

Rekik will mainly be playing for the U23s and the 19-year-old will look to establish himself as one of the club’s standout performers at that level.

A loan spell could follow at some point in 2022 but having had a frustrating start to life at Arsenal, Rekik is ready to get going now.

Good luck to the lad, we can always use more CB’s at Arsenal.

How many PL games will this lad play for Arsenal?

Hi Jorge, another great article, thanks for all the information on the academy. Is Rekik a left sided or right sided CB?

He mainly plays on the right.

If that was not a joke then that is one lousy translation that ignores context. Unfortunately many Arabs …
رقيق means gentle/tender.
No one names his son fragile!

Is gentle/tender any better name for a centre back?

He gently nodded the corner home! Works for me

Well Granit didn’t turn out so well either

If so, you should know that Thomas just got promoted to the 1. Bundesliga with Bochum.

I don’t know if he’ll still be with them next season though.

Oh, this is funny. I guess we’ve all become hyper-sensitive regarding players’ fitness. Actually, the name has other meanings as well and it isn’t at all unusual for people in the Middle East (not just Arabs) to have family names, or sometimes (rarely now) even given names, that connote something negative. It is a very ancient tradition that is meant to keep the evil eye away. But back to football, all I’m saying is let’s hope his name keeps fragility and gentleness for that matter far away.

Why do you need to post that? Poor form

I know its not the most reliable source but football manager gives him good stats. I think a loan might be the best option for him. Makes you wonder even more why we are chasing a CB especially for that much money…

At Karim Rekik’s age, Football Manager predicted that Yaya Sanogo would go on to win the Ballon d’Or. But you’re right, I think it provides more hits than misses when it comes to predicting talent.

Interesting that he opted for Tunisia. Although I guess he’s not locked in if it’s just a friendly. If he can develop into a first team player we’d be losing him for AFCONs.

Once worked with a lad who went to school with the Rekik brothers when they were at City. We’re practically related.