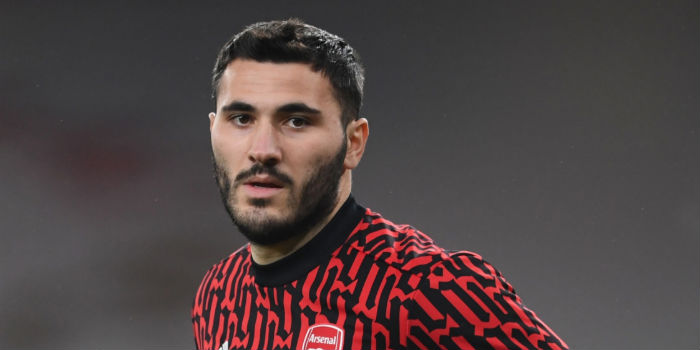 Schalke have confirmed that Sead Kolasinac will return to Arsenal this summer following his loan spell in the second half of last season.

The left-back returned to his former club in January in the hope of rescuing them from a relegation battle. However, having taken Shkodran Mustafi with him, it didn’t work out. They finished bottom of the Bundesliga, 15 points adrift of Werder Bremen above them.

As a consequence, Schalke can’t afford to keep Kolasinac or Klaas-Jan Huntelaar, the veteran Dutch striker who also rejoined in January.

In a statement on the club’s official website, board member Peter Knabel explained: “On a sporting and personal front, it’s a painful decision to have to make

“Considering the current budget and squad structure – well-known challenges that have been openly discussed – there was no alternative.

“We also can’t afford to spend weeks going back and forth given that we have a short pre-season and how quickly the new campaign will come about; we have to make decisions in Schalke 04’s best interests now. That is why this step is necessary.”

On taking an early decision, he added: “Sead and Klaas-Jan deserve that at least. We’re very grateful that they supported their beloved club for this past six months to the best of their ability.

“You could always sense how much Schalke 04 means to them and the connection they feel to the club. We would like to say thank you for the incredible passion and support that they showed the club in this difficult period, and wish them all the best for the future both on and off the pitch.”

While Kolasinac, 27, still has one year left on his current Arsenal contract it’s almost certain he’ll be playing his football elsewhere next season. Italian side Lazio and Turkish outfit Galatasaray have been linked recently and we expect there will plenty of other suitors…until they see how much we’re paying him.

Mikel Arteta took a gamble not replacing Kolasinac in January and was left exposed when Kieran Tierney picked up an injury in the closing stages of the season. Finding a suitable replacement for the Bosnian is a priority this summer.

Schalke: We want to keep Kolasinac

I still feel, he is decent back up to Tierney. He was once in Bundesliga team of the year and had decent performance with us. Also we are not in Europe then why to invest in a second choice left back when we have other priorities to cater first.

Why did we let him go to Schalke again? Because he’s Mesut’s best friend?
He was more than capable of filling in for Tierney in those Europa league games, but we play Granit the human tortoise in there instead. He gets roasted inside 4 minutes against villarreal and it knocks us out. Never mind the other 10 games we hamstrung ourselves in. Incredibly foolish decision.

Agreed. Without going over old ground, that game still annoys me. I think Granit did his best, but it’s on the coach to maximise his resources and minimise risk. Arteta failed dramatically on both counts at the business end of this season. We had a real opportunity there to short-cut the project and get into the Champions league, attracting a far higher quality of player and potentially at a lower price as we have more leverage. Why he didn’t just play Saka, Gabriel or even Cedric there I will never know, I said it at the time Cedric would have… Read more »

In fact Xhaka did well as a makeshift full back and to scapegoat him for our defeat against Villarreal is nonsense. It was the lack of creativity up front that cost us the match and certainly not the defence

Arteta said in November that he had an idea who the snitch was inside the squad. Come January we throw everyone in the Özil-gang out even though we didn’t even have proper back-ups. Correlation or causation? I’d say the two are linked together.

The problem with Kolasinac is that firstly, he was part of that german gang who disrupted the team chemistry along with ozil and mustafi. Secondly his salary is about 10million a year so offloading him and buying a new LB for 10m wouldn’t cost as more than what we would be spending anyway.

I think I must have been watching a different player than you guys. His performances for Arsenal in the last couple of years were just hopeless, he simply isn’t good enough. The Xhaka argument is a red herring. The problem was picking Xhaka there when there were obvious better options, not letting Kolasinac go. 100% the right decision to get his wages off the bill.

His salary is actually £5.6m a year (109k a week) & you’ll be hard pressed to find a decent alternative that will cost that much & play for free.

Let him see out his contract & play him when needed (which wouldn’t be too much) unless Tierney is the new Diaby, Wilshere, Rosicky etc

Here’s an idea – maybe don’t sign a replacement who will only be here for one year?

We are really good at making free transfers really expensive. I think the whole free transfer thing is a total red herring.

You just end up paying in wages what you would have paid in a transfer fee and then you can’t get rid of them or their exorbitant wages for five seasons.

That’s exactly why players let their contracts run down, but Kolasinac was purchased when we were an extremely rich club that pretended to be a poor club and displayed this by making him one of the highest paid full backs in the world. People go on about Soares and Willian being poor free signings but Kolasinac was worse because we were a Champions League club with money when we signed him, the motivation to sign him was completely wrong. Kola was signed because he was a free agent not because he was the best we could either get or afford,… Read more »

Yup. We used to be a millionaire that still squabbled with the cashier about an expired coupon. And now we are the lad on minimum wage, flashing a fake Rolex at girls in a bar.

Kolasinac was not purchased: he was on a free after his contract with Schalke ended.

That’s not true. At the time, we signed on a free transfer the bloke who was just named as the left back in the bundesliga team of the season. We were a Champions League team, we could afford his wages, and his first couple of games for us weren’t too bad either – he’s no Kieran Tierney and it hasn’t worked out for him with us, but let’s not compare this with Willian….

Sadly for a time he was our only decent attacking outlet. It was literally create space for Kolasinac to cross it in and not much else.

I disagree, we had Monreal and Gibbs at the time, both serviceable Premier League full backs. Could we have done better, of course yes but you’d like to think an upgrade was purchased as a result of careful scouting and analysis, but the fact he was never our no.1 left back tells you we didn’t do our due diligence. I don’t believe anyone who’s seen Kolasinac play would ever suggest he was an upgrade, significant or otherwise on the 2 mentioned above, and if they did you can understand why our entire scouting team were sacked!! No, for me, like… Read more »

No way Gibbs was better than Kolasinac. Benzema, who was suspended for blackmailing a team mate, is a scumbag.

Gibbs wasn’t better, but Kolasinac wasn’t a significant upgrade either, certainly not one on the wages we gave him. And i also think Benzema would have been a lazy signing, bought on the basis that he was available not what we wanted or needed. My point is we bought Ozil the summer we offered £40m+1 for Suarez. Explain the logic to me that after identifying Suarez, a high intensity striker who covers the ground of 3 players as your no.1 target and then ending up signing Ozil, a languid no.10 as an alternative? How do you go from Suarez –… Read more »

Hope we keep him.

He can be captain of the U23 self defence team.

only read the headline

Maybe he can join the security team at the Emirates or something.

Terrible player but who knows, he needs to attract his next club for this time next year. He might end up being one of our players of the season

His wages are very high for such a limited player, but if we can’t get rid of him we might as well use him as backup LB. He’s more than capable of being a reliable backup, and you can’t fault his professionalism.

There’s no sense in loaning him out, and then signing a new washed up player to be backup LB.

To be honest I’m fine with keeping Kolasinac as Tierney’s backup, he’s better than Bertrand.

Anything to avoid another expensive ove

As dysfunctional as we are, at least we’re not yet at the stage of playing Kolasinac as a centre mid, as Schalke did in at least 1 game during his loan

Batshit club, they have so much potential – massive fanbase and stadium, and probably one of the best youth academies in the world. 3rd biggest turnover in Germany and 16th globally. But when the club is run by idiots…

We repeatedly played a central midfielder as a left back. Same thing but in reverse. Surely that is no better?

Actually yeah, you have a point

We have also played him at CB I seem to remember…

You cannot even give that cretin away. Arsenal fans go through the same shit every season and they never learn from the lies and media rubbish. Big rebuilding project. A statement of intent from the ownership. Building a legacy. If you believe that crap you are brain damaged. We will get a few average players similar to the likes of Soares and Willian who will offer precisely nothing and may be a loan signing or two. Honestly who builds for the future on loan signings? Arsenal are comical. The ONLY decent thing about them is Saka who will be off… Read more »

Still bitter that Kane will be leaving?

If Tottenham fans knew anything about football, they’d be begging Levy to sell Kane for all the money in Manchester and rebuild.

Thankfully, Levy likes to act like they’re a big club.

Keep Kolasinac as Tierney’s back-up. We won’t have that many games to play next season.
Play Martinelli in front of him instead of Auba.
That way, our left will have sufficient defensive cover.

We’ll get more for Mavropanos, Nelson, and probably even John-Jules.

We’ve done pretty well the last two years but the five or so years before 19/20 represented dismally incompetent player recruitment.

Just cancel his contract now and continue pressing the reset button regarding the squad rebuild.

He should stay. ..a good manager can get the best out of him..i think he is agood value for the team

With the amount of business Arsenal plan this summer, Kolasinac might end up being a good option for left back cover at no cost. Tierney seems unlikely to make a full season without injury unfortunately.

Well, guess what – if you buy a player in their twenties for 20 million, give them a reasonable contract, and they underperform, you can probably still shift them for close to what you paid.

If you get someone like that on a free and pay then twice what everyone else is paying, you’re stuck with them.

These moronic Arsenal Contracts™ are an albatross around this club’s neck.

To be fair, Hussein Fahmy, the guy that oversaw a lot of these ridiculous contracts has been binned.