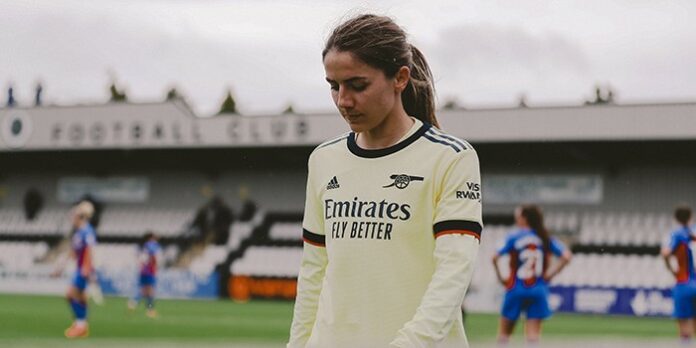 Arsenal pair Danielle van de Donk and Vivianne Miedema have been named in Sarina Wiegman’s 18-player squad for the Olympics in Tokyo. Netherlands qualify for the tournament as defending European Champions.

Former Gunners Sari van Veenendaal, Dominique Janssen and Jill Roord also form part of the party. Netherlands are drawn in a group with Zambia, China and Brazil in Tokyo with the tournament kicking off for the Dutch against Zambia on 21st July in Miyagi. Mana Iwabuchi is likely to be selected to play for Japan in the tournament, Leah Williamson has been selected for Team GB with Lotte Wubben-Moy on the standby list and Steph Catley, Lydia Williams and Caitlin Foord are likely to form part of the Matildas squad as well.

van de Donk is expected to leave the club this summer. Meanwhile, Arsenal Women are likely to play a pre-season friendly at Emirates Stadium in August, most likely as part of a double header with the men. There are plans for another warm-up game in London too though these are to be confirmed. The Gunners start their season with Champions League qualifiers on 18th and 21st August. There is still no news on the new manager appointment yet as far as I am aware.

I know Shanice and Lineth are decent choices. Especially Lineth, but I’m still waiting for Joelle to get the recognition she deserves. Inessa as well. I feel like in the UK, Inessa is seen as a great talent and a big asset to Brighton, but she’s not seen in Holland at all. She’s on the stand by list, but last night she was in tears because she knew it wasn’t happening.

I was surprised to see Kaagman omitted from the squad as well. Do you have any insights into the rationale behind Wiegman’s decision? Who do you think she lost her spot to in the team? Is it just a case of already having DvD and Roord for the no. 10 position and not enough spots in an 18 person squad to fit another (even though it seems likely that Roord may play from the wing)?

I agree that Kaagman seems underappreciated by Wiegman. She’s a good player with got goal-scoring talent, but the starting trio of Groenen, DvD and Spitse (one of the best free-kick specialists in the game–see yesterday) is impenetrable. Look at how talented Roord is–and she got very little PT for a few years and is now playing mostly as a deep-lying winger–and the Dutch are benefiting from it. And Wiegman prefers V. Pelova–good ball distributor–as her first midfield sub. There just wasn’t much squeeze-in space for either Kaagman or Snoeijs–who had a very good season for Bordeaux–on a talented team. Either… Read more »

Well Daan, Sherida and Jackie are the obvious starting 3. That will never change. We have Jill as a sort of back up midfielder even though she’ll most likely be used as a forward more. Victoria Pelova is called up as the back up midfielder. She’s a very talented youngster. I feel like at some point you have to use the newbies and let them have the experience because Sherida and Daan won’t be around forever. You need to have a new squad waiting who have some experience. See Lize Kop being used before Loes Geurts. New talent being introduced… Read more »

I agree with you. I have wondered why Wiegman hasn’t given both Pelova and Kaagman more quality minutes instead of the usual late-game 15. She’s made some youth-oriented changes at a couple of positions–but mostly because she had to. Pelova needs to get out of the Eredivisie, and I’m surprised she hasn’t yet, and Kaagman can do better than Brighton.

When the article preview was loading, I almost thought it said: Viv and DvD linked with a Lyon move. Or something like that. It already took my breath.

Would have been more shocking if they were not included!
I had to double take Dom’s name too but apparently she reverted to Janssen last year.

I would really, really like it if DVD wasn’t expected to leave this summer…

No she was coming good again towards the end of the season once it was common knowledge Joe was leaving. Not sure what was wrong there as everyone says what an amiable chap he is but he certainly didn’t get the best from DvD.

Could it just be the system he played, fitting a number 10 into a frequently 4-3-3 formation? I’ve only been closely following the Arsenal Women for effectively the second half of Joe’s reign (since things went global with the FA Player), so I’ve got to ask: was that always the case with DVD? I was blown away by her tenacity at the World Cup, but will admit to not having seen that much of that at Arsenal, at least not this past season.

Yes the way she was used certainly did not help but he also used others like Jordan and latterly Wally out of their natural position but they did their job for the team. DvD was so down in the dumps for a lot of the season I cannot help thinking something else was going on that we don’t know about.