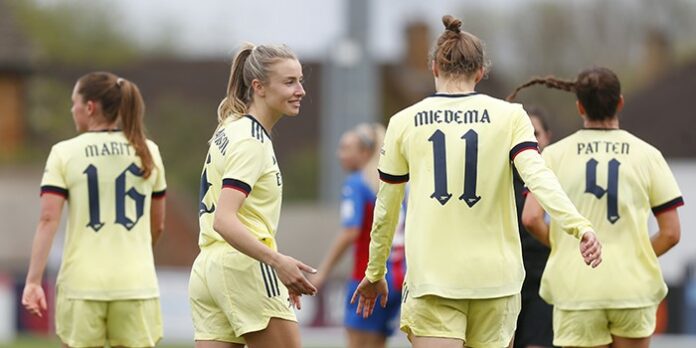 Australia 0 – 0 USA (Kashima)
Steph Catley started in Australia’s 0-0 draw against the US, Caitlin Foord pulled out just before kickoff after feeling a twinge in her leg, which Australia say was precautionary. Lydia Williams was again on the bench. The result confirms the Matildas are through to the quarter-finals to play Team GB on Friday.

Gustavsson tells media that Caitlin Foord felt a twinge in her leg during the warm-up so was swapped out as a precaution under recommendation from medical team. #USAvAUS

Chile 0 – 1 Japan (Rifu)
Mana Iwabuchi set up Tanaka’s late winner against Chile in Rifu, which also sees them qualify for the quarter-finals, where they will play in-form Sweden on Friday.

Iwabuchi is so soo good, makes everything look so easy.

Here she is receiving under pressure with her back to goal, holds up the defender & then slides a great ball through for Tanaka

Japan's passing in the final third coupled with their movements is a thing of beauty to watch! https://t.co/N4stuYELfE

Canada 1 – 1 Team GB (Kashima)
Leah Williamson and Keets Parris started in Team GB’s 1-1 draw with Canada, where Kim Little was a second half substitute and Lotte Wubben-Moy was an unused sub. Canada took the lead through West Ham’s Adriana Leon before Caroline Weir’s late equaliser. GB will now play Australia in the quarter-finals.

Netherlands 8 – 2 China (Yokohama)
Vivianne Miedema started as a substitute but was still able to help herself to a second half brace in Netherlands’ 8-2 win over China. Prior to the tournament, Canada’s Christine Sinclair held the record for goals in a single Olympic tournament with six. Miedema has eight in the group stages. Netherlands will play USA in Friday’s quarter-final in a repeat of the 2019 World Cup Final.

Bringing our Kim on for Team GB ensured the draw whilst Leah also shone brightly. But Nikita missed several chances according to all the reports.
I have a feeling our new Japanese player is going to be brilliant next season, plus Steph Catley, who’s barely played so far, will be sensational……..
Meantime, I can’t wait for Friday versus the Ozzies!

Thanks, Tim. Relieved that Kim was rested for a half and Viv was fit enough to play.

Will watch USA v Netherlands with great interest. Lets see what Viv can do against probably the best women’s team in the world.

They were the best women’s team in the world without question until very recently. But I have a feeling that by this time next week they will have been “dethroned” by the team of players from our small island, who are gelling oh so well together under a calm & capable management team 🙂

Is that the island of Sweden? 🙂

Agree the USA have not looked their usual invincible selves and I suspect (hope!) the Oranje will show them up as a spent force!

” Oranje will show them up as a spent force!”

That’s what I’m hoping for, but anyone who thinks the USA are a spent force doesn’t know the American psyche they will fight like mad to remain number one, as for the GB team I’m not sure they have it in them to go the extra mile.