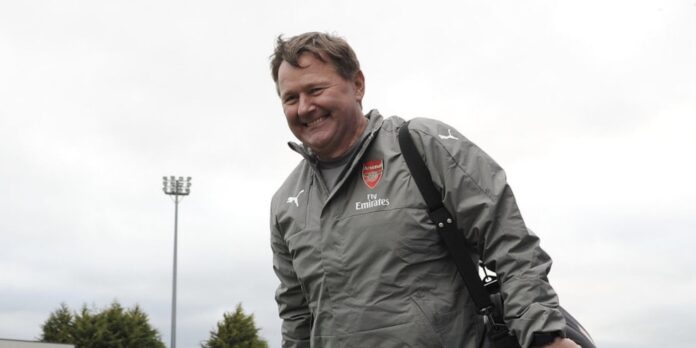 Gary Lewin has been appointed as the Head of Medicine and Sports Science for Arsenal Women. The role is a full-time role created as part of the internal review of the operation at Arsenal Women. Lewin had worked with the women’s team on a consultancy basis in recent seasons and regularly treated players in the clinic he runs with Colin Lewin, who also spent over 20 years with Arsenal.

I’m sure my new Grandson Ethan will pick which team he supports but I couldn’t help but steer him in the right direction 😂👏🏼 pic.twitter.com/8jrrakc382

Gary is a very well known figure at the club having also briefly been a player in the early 1980s before having to retire through injury. Arsenal Women have suffered a number of soft tissue injuries in the last two seasons and Lewin is considered as something of an expert in the area. He is also very well known to and popular with the current Arsenal Women squad.

An appointment that fits perfectly.Good luck!

sounds like a great hire! Now let’s hope our injury record this next year shows it 🙂

Welcome back to the Arsenal Gary, a return to your footballing spiritual home.

What a man. Love to see him back. If half of our injuries go away, we might as well have a full second team to choose from next year.

Absolutely love to see GL back. A ‘behind the scenes’ true Arsenal legend!

And we haven’t been able to say that too often in the last half a dozen years.

“He is also very well known to and popular with the current Arsenal Women squad.” Oh really….😏

Man I look at people like Gary and Stuart Macfarlane whose jobs are a combination of their expertise and being close to the club they love and I envy.

Top man good to have him back on board.
Perhaps appointments like this will help recruit the elite players too. I know we have Mana and Keets signed up but what is it that makes players like Vicky Losada leave Barcelona to return to WSL but choose Man City rather than the Gunners when she already put in a decent stint with us a few years previously?

Perhaps Jonas has no plan for bringing in a 30 year old in Vicky’s position?
Personally, the player loss to Citeh that rankles me still is Ruby Mace.