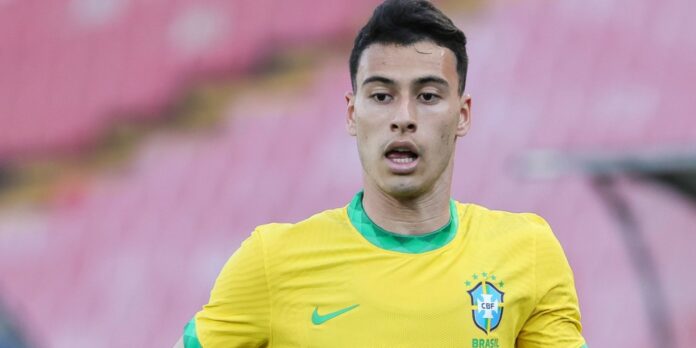 Gabriel Martinelli is guaranteed at least a silver medal at the Tokyo Olympics after Brazil overcame Mexico 4-1 on penalties after a 0-0 draw in their semi-final at Kashima Stadium.

Martinelli scored Brazil’s second kick in the shootout having come on with 25 minutes left of normal time. Dani Alves, Bruno Guimaraes, recently linked with the Gunners, and Reinier also scored from the spot.

Gabi made two previous appearances in the group stage as Brazil secured wins over Germany and Saudi Arabia and drew with Ivory Coast. They went on to beat Egypt 1-0 in Saturday’s quarter-finals.

The reigning Olympic champions will now face either Japan or Dani Ceballos’ Spain in Saturday’s final as they look to retain their crown.

Arsenal 0-2 Chelsea: By the numbers

I would still like Martinez actually, but that’s not going to happen anyway so I’d be happy if Martinelli starts to get more game time.

Abraham for £30m looks a good deal, especially given the other striker transfer fees atm. i agree Martinelli needs to star this season though

The Observant Gooner
Reply to  UzesGooner

Abraham is a garbage call. Brings nothing new as far as current requirements go, and is not better than a Welbeck. 30mil is retarded. I’d play Nketiah and Martinelli every day of the week over him.

Lautaro on the other hand is disruptive, skilled, and can be talismanic.

UzesGooner
Reply to  The Observant Gooner

He certainly is but we’ve got non chance. He’ll go to Atletico or will stay if they sell Lukaku

Would still like abraham though. 30 is cheap considering his age. If he performs well, we can move him on 4 a handsome profit ala iwobi

5 + xhaka. Or xhaka + willian for matheus

Just keep yourself injury free son and make a safe and speedy return to The Arsenal ASAP.

My ‘like’ is for the ASAP. Very important point.

A great talent that needs better nourishing. He really needs to feature more for us this season

It’s incredible that Dani Alves is still playing football at the top level and still has the hunger to do it. Amazing career!

He also looked like the fittest man on the pitch and was buzzing for the extra time. Having played every minute in the olympics at 38. Crazy.

Well done to him. That is how you manage young penalty takers (I know, most of them are pretty young at the Olympics). Put them in early in the shootout, if at all. Southgate could learn from that.
I hope we see a lot more of Martinelli this season.

I actually watched the whole second half and extra time of the game and I was impressed with Martinelli’s all round play. His direct runs caused tons of trouble for a well drilled Mexican defense.
He is a joy to watch

His penalty went in full force to the side netting. Brilliant stuff. Him & Saka are my current favorite players for the Arsenal. Having said this, I still think we need 1 more striker (and hopefully be able to move Laca/Nketiah). I’d take Tammy or Lautaro. Tammy is a proven PL goalscorer, Lautaro may need more time to adjust but probably has a higher ceiling than Tammy. Won’t be surprised if we end the window with none of them though.

Shouldn’t we give him a go at cf this season.