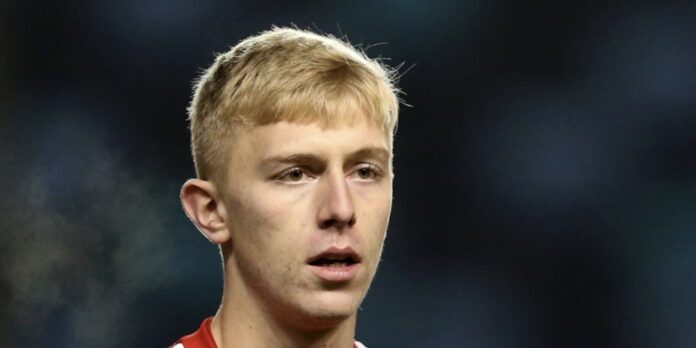 There was a considerable amount of excitement when Arsenal signed Mika Biereth and the early signs suggest that the hype could well be justified.

Biereth has adapted very quickly to his new surroundings and has already scored twice for the U23s, which included a strike in the 1-1 draw with Southampton B in the Premier League Cup this week.

It has quickly become apparent that goalscoring isn’t Biereth’s only asset as he is also hugely effective at linking up play, while he is impressive aerially and works arduously to close opponents down.

Furthermore, the 18-year-old makes very intelligent runs off the ball and he has linked up well with the likes of Kido Taylor-Hart and Omari Hutchinson so far.

Biereth only featured fleetingly for Fulham at U23 level so the manner in which he has stepped up is all the more impressive and it will be intriguing to chart his progress this season.

If he can continue to impress Biereth will hope that he can be involved in further training sessions with the first-team. Even though a debut may be difficult to come by this season, he certainly has the quality to get an opportunity on the senior stage at some point.

One problem facing Biereth is that Arsenal have several other talented young strikers, including Tyreece John-Jules and Nikolaj Moller, who are both out on loan.

Biereth has a chance this season to show that he deserves to eventually get a chance in the first-team.

Get him in the first team.

There is no harm if he stars with our start to the season. He can’t do any worse than the first team.

I fear John-Jules had lost his opportunity due to injuries. If Biereth is to make it then he can’t just be slamming home goals in youth football, he needs a more comprehensive game…

I have been following the developments of Taylor-Hart, Hutchinson, Patino, Ballard and now Biereth. I honestly think that every single one of these kids should be given chances this season in the cup competitions.

Ballard is obviously not going to get that as he has an even better option of being one of the first names on Millwall starting line up this season. Really hope that this time next season we are going to be watching these kids and some external signings tearing up the PL.

The next first team manager will be vital.