Arsenal have been handed a boost ahead of Saturday’s trip to Anfield as it appears Thomas Partey will be available for the game against Liverpool.

Although it wasn’t announced specifically, the club’s latest medical update mentions only Sead Kolasinac and Granit Xhaka, and says, “All other players in the men’s first-team squad are currently fit and available for selection.”

The Ghanaian international missed our 1-0 win over Watford with a groin strain, and subsequently didn’t travel to play for his country during the international break. Based on this update though, we’re going to assume he’s in contention for the game against the Mugsmashers.

Meanwhile, Sead Kolasinac has suffered a ‘significant’ injury to his left ankle, picked up while playing for Bosnia and Herzegovina in a 3-1 defeat to Finland. 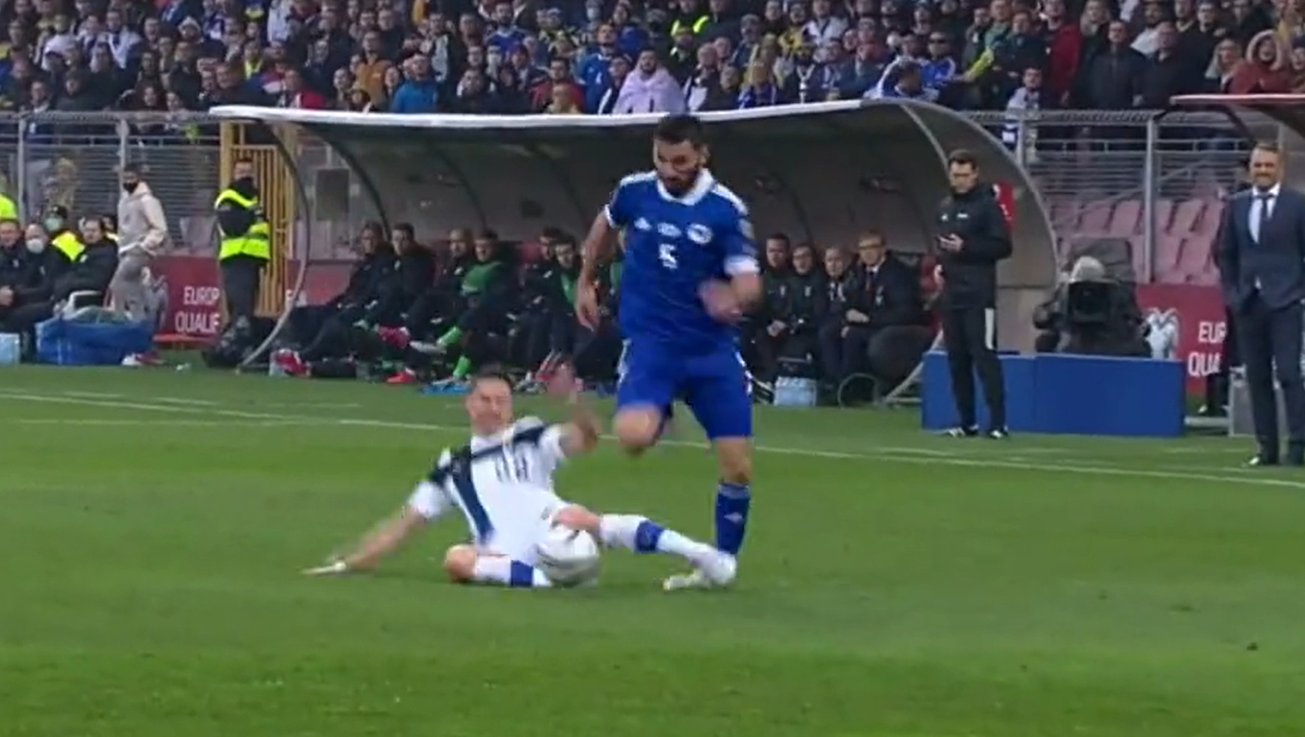 He will be assessed and as yet there is no time frame for his recovery. However, with Kieran Tierney back to fitness and Nuno Tavares impressing in his absence, Arsenal are well covered at left back.

Granit Xhaka continues his rehab from a knee injury, and is expected back in early 2022.

“Hopefully everything goes as we want” –...

Let’s go for the win.

Hopefully Arteta and Round have studied the tapes from the Brighton and West Ham games against Liverpool.

West Ham beat them with 30% possession and scored 3 from 3 shots on target.

I have my doubts we’ll see more than 30% possession either so clinical finishing is the key to winning this one.

I have a good feeling about Saturday. All the boys need is to play without fear. In Ramsdale, Tomiyasu, Gabriel, Tavares, Lokonga, ESR, Saka and Laca, we have proper warriors.
If they all play to the height we saw in the Leicester game, an upset might be on the cards.

If we do we go above them.

Not really the point now is it? Don’t want to see any of our players pick up a serious injury.

Should also add there is absolutely no place in football for tackles like that. The image is one thing, but you watch it in real time, the guy is miles behind Kolasinac, dives in from behind with his studs up with no attempt to play the ball, purely to bring down the man. It’s one of those where the red card is nowhere near sufficient enough punishment. As Arsene once said, any player who tackles like that should be banned for at least as long as the injury they’ve caused.

The Kolkata Gooner
Reply to  Stonks

AMN kinda deserves a start, as much as i like Lokonga.

And Tierney will prob start

Nuno deserves to start, but you gotta go with experience against Salah and Trent

It’s probably better to start the more defensively astute KT, though there’s something to be said for nunos pace in being able to get in behind TAA and his recovery runs. Hardest line up question mikel faces for this game I think

Tierney is at least as quick as nuno if not quicker. Bunch of people have said he’s one of the fastest at the club! Don’t think we’re losing pace bringing KT back in but we’re certainly losing a bit of crazy! I fuckin love nuno he’s such a wild card

Yeah but I feel like Nuno has the higher levels of stamina. Regardless of who starts both have the ability to hurt Liverpool and help arsenal. Coyg!

I love AMN and I’m confident he’ll get there but I don’t think he’s ready to start against a team like that just yet. You could probably count the number of times he’s played in the middle for Arsenal on 10 fingers or less. Out of interest, if anyone has the data on that (not involving counting fingers) I’d love to know. For now Sambi has more experience and has been in great shape. Definitely bring AMN on as a sub to bolster the midfield but being one of two would be a lot to ask of him when he’s… Read more »

Sweet – draw or above would be great, but if we do lose let’s not go mental eh?

I feel like it’s going to be a very intense game. Both sides are playing heavy metal football right now. So it’s likely going to have a lot of chances.

We probably won’t create as many as Liverpool so it’s all about taking them. We have to be decisive in front of goal. Liverpool usually give you chances. And we have to hope Salah doesn’t have a Salah day.

A draw would be so great. But you never know. There is a reality where we win this. And I haven’t said that about Liverpool away for a fair few seasons.

What’s in a Salah day apart from goals

A “salah” day would be a prayer day. So for all intents and purposes, I would hope Salah is off the pitch somewhere praying instead of putting one through Ramsdale’s legs.

Our away fans have been brilliant this season, and the Arteta Out brigade have been quiet for weeks now, so even if we lose say 0-3, which let’s face it is possible, I think common sense and the long-term bigger picture will still prevail.

If we do lose, I just hope it’s not another humilation

I think the performance (rather than the score) will provide a decent indicator of progress compared to the City and Chelsea games.

This brings to mind that one where we conceded about 3 in the first 20 minutes or so. Shudder.

Glad Tierney came out of Scotland’s crucial double unscathed. It’s great that he can be thrown directly into the starting 11 because of that.

Meanwhile his counterpart Mr Robertson did pick up a knock.

While I feel terrible for Kolasinac, that injury looks so bad and I wish him speedy recovery, it’s also an interesting topic that players nowadays let their contract run down to earn as much money as possible (even if it means they don’t play football for a year, like Kolasinac), and they risk this exact situation where they get injured and have no long-term contract to hold on to while recovering. It’s a double-edged sword for players.

In his case, at 28, and with his stock having fallen over the last couple seasons, you can see the financial logic as surely the offers weren’t up to what he’s on here. But yeah, this is the gamble. Later stages of top-flight career, with already fallen stock, and now a potentially big injury layoff to boot.

I hope for Sead that it’s not as bad as it initially looks.

Hopefully the club will continue to look after him. I could be wrong but I think they extended santi’s contract when he got injured so he could rehab at Arsenal.

Not sure that’s how they’ll handle this one he chose to run his contract down in the hope he’d be bought out of it but unfortunately for him it’s not worked out . Hope he makes a full recovery though it’s not nice to see injuries like that one.

I’m glad we looked after Santi. Also I like it that we still act with class in a industry that doesn’t always engender such generosity.

But I think there should be caveats to the term “look after”. As a business struggling to keep up with the big spenders, we need to be careful making it too easy for players to run down contracts.

The unpalatable truth is we’re going to need to sell at least one prime player when the time comes to take the next step.

We can’t afford to continue letting talent walk away for free.

He’ll run down his contract now and end up at Fenerbache next season.

Could be AMN – Partey against Liverpool. The rest of the team picks itself, I think with Tierney coming in at left back.

Wish the Partey injury news was more concrete. He’s vital to how we play at Anfield. I have a Scouser mate who is genuinely terrified of him due to the job he did there last year when playing for Atletico in the Champions League.

Partey didn’t do it alone- he had a well oiled Simeone machine as supporting cast.

Oddly what I’m most looking forward to at Anfield is seeing our back 5 vs Liverpool’s front 3.

Going to fortress Anfield with a game plan to keep it tight in the first half, nick a goal and then score a late second has been done before. Time for a repeat performance. “ESR charging through the midfield… the 3 points are up for grabs now…”

Arsenal come streaming forward now, in surely what will be their last attack. A good ball by Tomiyaso finding Lacazette, for Smith Rowe……..

I don’t think I’ve ever seen that simply written down before. Surprised it has almost the same hair raising effect it does in Brian Moore’s voice.

We do have a Thomas in midfield again so no need to edit the commentary!

Downvoted – and who the hell is Simba?

The pride of midfield?

His uncles a cunt though.

I like how the formatting on comments has made this lineup as lopsided as it would be in game.

I wish you a quick recovery, Kolasinac.