THE LOWDOWN
After a traumatic week that has seen convincing defeats to Chelsea and Barcelona, Arsenal will aim to clamber back on their horse for the visit of winless Leicester City, who currently sit bottom of the WSL table. It’s probably the fixture that Arsenal would, privately, have asked for given the choice but they still cannot afford to take anything for granted in this game.

The Foxes will play their first game under new boss Lydia Bedford after long standing coach Jonathan Morgan was sacked a fortnight ago. Leicester’s Director of Football Emile Heskey had taken the reigns in the interim but this will be Bedford’s team now. Arsenal remain top of the WSL by a single point and have been handed a massive boost by Chelsea’s Saturday lunchtime defeat at Reading, giving the chance to extend their lead at the top to four points.

"Not a disaster…"@Stillberto is quite circumspect in his post-match thoughts following Arsenal's home defeat at the hands of Barcelona in the #UWCL.

With home games against Leicester and Brighton before the Christmas break, Arsenal can concentrate on continuing their lead at the top of the table and repairing any bruised confidence. Jonas Eidevall will also surely shuffle his pack on the back of two high octane games and with a trip to Germany in the Champions League on Wednesday on the horizon.

The likes of Mana Iwabuchi, Simone Boye and Anna Patten have not started either of the last two games while Katie McCabe, Beth Mead, Noelle Maritz and Kim Little played every minute of both. Arsenal will want to find a balance between healthy rotation and not breaking up the rhythm of the usual starters too much, especially with confidence likely to be low.

TEAM NEWS
Arsenal are still without Leah Williamson due to a hamstring injury, while Tobin Heath has still not recovered from a calf injury with Jonas Eidevall not sure if she will be able to play prior to the Christmas break. Malin Gut (ACL) is out.

A WORD FROM THE BOSS
“With a new coach we are going to have to guess a little because we don’t really know (how they will approach the game). We’ve seen how they’ve played so far this season and to be honest, they have played a lot of different formations under their other two coaches. We know the broad lines in what can be different between their different formations but we can prepare on what we need to focus on and that will be the most important.

“We can’t look too far ahead, we need to think about how we get momentum again so the game on Sunday is really, really important for us. It’s not about looking ahead to Hoffenheim, it’s Leicester now, 100% Leicester and to do everything in our power to put on a great performance. After that, we can keep on building to Hoffenheim but we need to get back to winning matches again.”

LAST TIME OUT
The teams last met in November 2008 in the quarter-finals of the League Cup. The Gunners ran out 7-0 winners that day with a hat-trick from Julie Fleeting, further goals from Rachel Yankey, Kelly Smith, Ciara Grant and a Laura Impey own goal.

THE OPPOSITION
Leicester were promoted from the Championship last season and they have slowly built towards becoming a sustainable WSL club much in the same way as Brighton, Aston Villa and Tottenham before them. They have found promoted life tough as they sit bottom of the table having lost all eight of their WSL games so far this season.

They parted company with Jonathan Morgan a fortnight ago and, after Emile Heskey took the reins for a couple of games, start a new era under former England youth coach Lydia Bedford. They are only one point from safety with Birmingham above them and the reality is that the games between Birmingham and Leicester will decide both clubs’ fate come the season end.

Leicester City Women train at the men’s former training ground after the men upped and moved to fresh new digs last year. Their setup is first class but they need to survive for this season before consolidating themselves as a WSL club. The Foxes held Manchester United to a draw in the Conti Cup last week before defeating them on penalties.

PLAYER TO WATCH
Mana Iwabuchi nursed an injury during November which restricted her appearances, the Japanese international was the first sub Jonas Eidevall reached for during the Chelsea and Barcelona games and it is likely that Iwabuchi will start this game. Iwabuchi offers a creative spark that Arsenal’s midfield certainly missed in Sunday’s FA Cup Final. 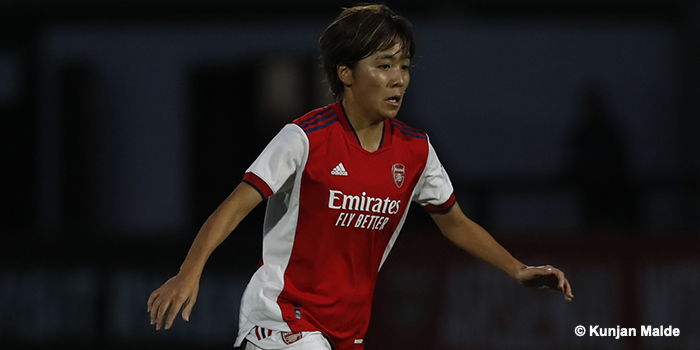 Her ability to move herself and the ball quickly could be crucial to unlocking Leicester. Her movement is also unpredictable, she is good at popping up between the lines and in the half spaces. Whether she starts wide or in the number 10 role, she ends up in largely the same areas doing the same things and her trickiness will be needed against what is likely to be a Leicester deep block. 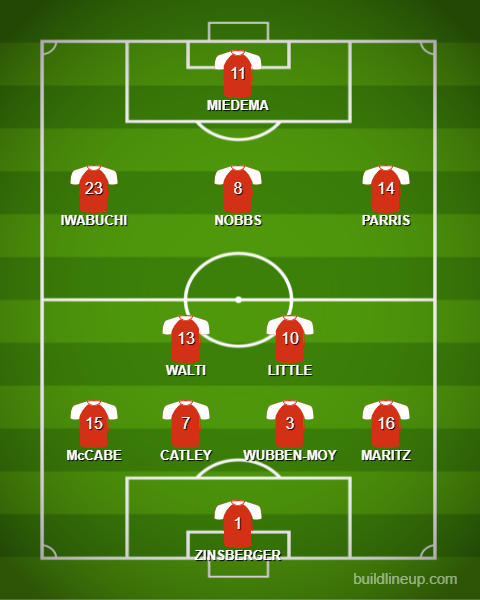 HOW TO CATCH THE GAME
The game takes place at Meadow Park at 6.45pm on Sunday evening, it will be shown live on Sky Sports in the UK. The game will also be showed by your local WSL rights holder and if your territory doesn’t have one, then you will be able to watch live on the FA Player app for free.

COMING UP
We will have match reaction from Jonas Eidevall on the site on Sunday evening as well as the usual post-match reaction video. We will also post the starting line-up at about 5.45pm Sunday. We will also have all the usual build-up and reaction to Wednesday’s Champions League game in Hoffenheim.

Difficult week but let’s end December on a good note. Chelsea losing to Reading was a nice boost. Can’t believe Arsenal have another 18:45 kick off. Is that the fourth this season? Very annoying.

I sympathise with all those parents who bought memberships for their children. These late Sunday evening games render them unusable, in fact there has only been one game that has ko’d at 3pm at MP since the season started. I’d guess Ms Hayes will be having a pop at having to play Saturday lunchtime after a midweek CL game. As indeed Jonas did after dropping points against the Spuds when the same situation arose for us a few weeks back. Meeting the demands of TV scheduling is merciless to those trying to compete in Europe. With the late KO tomorrow… Read more »

And its 18.45 next Sunday too, you see so many parents bringing the kids along when we play earlier in the day, it’s such a shame they gonna miss out because of later kick-offs, personally it suits me as I’m working till 4 or 5 but you can see it hits the attendance figure’s

With Chelsea losing today, we can pull away a bit. Was glad to see that happen.

Hopefully we can get a couple of early goals and rest those who need to rest.