THE LOWDOWN
Arsenal travel to Germany for their final group match of the Champions League group phase away at Hoffenheim. Arsenal are three points ahead of their hosts having beaten them 4-0 at Meadow Park in October. To take 2nd spot in the group, Hoffenheim need to win the head-to-head with Arsenal, meaning they will need to win by five goals to progress to the quarter-finals ahead of the visitors.

Arsenal’s superior goal difference means that if Hoffenheim win 4-0 and the head-to-head is drawn, the Gunners would progress on goal difference. In short, Jonas Eidevall’s side will need to have an incredibly bad evening at the office not to qualify for the quarter-finals in second place behind Barcelona in the group- with the good news that they couldn’t face Barca again in the quarter-final assuming Arsenal qualify…

A big week ahead in the #UWCL 👊

🤔 Who needs what to reach the quarter-finals?

Eidevall’s side will not be focused on simply not losing 5-0 however, after a challenging week that saw them lose heavily to Chelsea and Barcelona, Arsenal got an unexpected boost at the weekend when title rivals Chelsea were defeated by Reading and Arsenal were able to extend their lead at the top of the WSL to four points by beating Leicester 4-0.

After this game, Arsenal face Brighton at home in the WSL before the season takes its winter break. Eidevall referred to the 4-0 victory over Hoffenheim in October as the best performance from his team under his charge and he will be looking for similar on Wednesday with his team not just qualifying, but qualifying emphatically.

TEAM NEWS
Leah Williamson is still unavailable due to a hamstring injury, as is Tobin Heath with a calf problem. Fran Stenson is ineligible as she wasn’t registered in the UEFA squad, while Malin Gut (ACL) is still out. Caitlin Foord will be given extra rest due to a fascia issue, which he says is manageable but Caitlin will be given extra rest, she has travelled to Germany for light training but won’t be involved.

“It’s not a muscular issue and there is not a great risk of making that injury worse but it’s still a loading question and the more time she gets off that injury, the better it will become. She has been given more time.” Noelle Maritz also hasn’t travelled due to illness, which kept her out of the Leicester game but there is no suggestion that it’s covid.

A WORD FROM THE BOSS
“It’s an interesting one because they have a big belief in the way they play and that it will be the best possible way to get a result. At the same time, when you need to score a lot of goals it helps to score a goal early. They will play the way that fits them best but I expect them to come out and play with a lot of progression, a lot of intensity in the beginning, maybe even with the intensity you would usually see in the last 15 minutes of a game. That part we need to be prepared for but with most parts, they are consistent in the way that they play. It is simple for me, you are either through or you are through and we are not through, so we will play the game in the same way that we usually do and take nothing for granted.”

LAST TIME OUT
Arsenal were 4-0 winners over Hoffenheim at Meadow Park in October with a Kim Little penalty and goals from Tobin Heath, Vivianne Miedema and Leah Williamson.

THE OPPOSITION
Hoffenheim have won both of their matches against Koge in the group, 5-0 at home and 2-1 away but were soundly beaten by Barcelona 4-0 away and 5-0 at home alongside their 4-0 defeat to Arsenal. It’s Hoffenheim’s first season in European competition and, domestically, they are establishing themselves as Germany’s third team behind Wolfsburg and Bayern Munich.

They finished 3rd in the Frauen Bundesliga last season and currently sit in the same position a point ahead of Eintracht Frankfurt in 4th. However, they did stumble to a surprise 1-1 draw with Sand on Saturday, completing a clean sweep of 1-1 draws for the top three in Germany, illustrating the trials and tribulations of juggling European football and domestic competition in the revamped Champions League format.

PLAYER TO WATCH
After starting the season nursing an ankle injury, Lia Wälti has started to look closer to the player Arsenal fans know and love in recent weeks. The Swiss midfielder has played 51% of her passes on her “stronger” right foot this season compared to 49% on her “weaker” left. Her two-footedness is a big part of what makes her so able to wriggle away from midfield pressure.

Hoffenheim will apply plenty too, they like to overload in central spaces and press in those areas, Wälti will need to be on her game to marshal that area. Speaking in the pre-match press conference, I asked Lia for an assessment of her form so far this season. We will have a full transcript of Lia Walti’s press conference on the site on Wednesday morning. 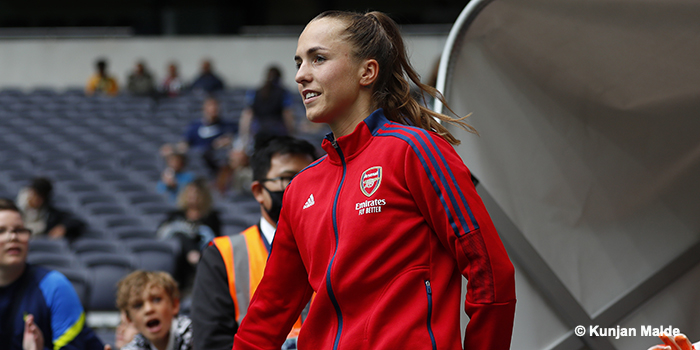 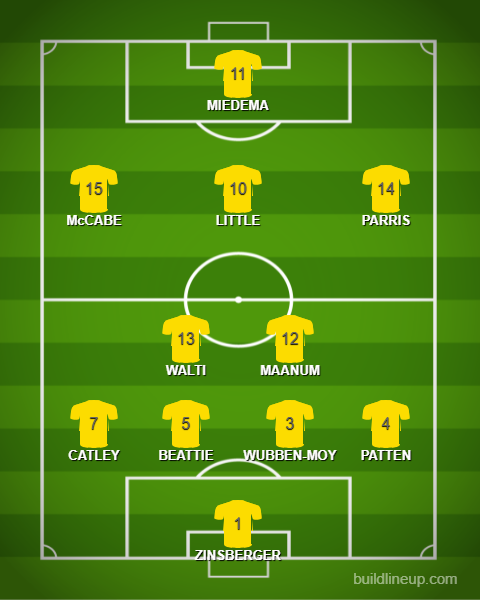 HOW TO CATCH THE GAME
The game kicks off at 8pm UK time and will be shown live on the DAZN YouTube channel, no subscription is required and it is not geoblocked.

COMING UP
Well we had our flights, accommodation and accreditation sorted but Arseblog News will not be covering this game in the stadium as per usual for reasons that are probably obvious! But we will still have the usual team news, post-match reaction from Jonas Eidevall and the usual post-match reaction video (albeit shot remotely on this occasion!) Normal service will resume for Sunday’s WSL match against Brighton.

Go on hassle the Hoff!