THE LOWDOWN
Arsenal take on Championship promotion chasers London City Lionesses at Meadow Park on Sunday in the 4th Round of the FA Cup. The Gunners have won the competition a record 14 times (Southampton are the second most successful team in the competition’s history with seven) but they have not hoisted the trophy since 2016.

Jonas Eidevall’s team were badly beaten in the 2021 Final at Wembley (which took place in December) by Chelsea and they will want to make amends in this year’s edition, which comes around far more quickly than usual! A home draw will have been in line with their wishes and though LCL are a division below, that might not be the case for very long.

The coach would probably like to rotate the team a little in this game but his chances of doing so have been inhibited by illness, which kept Stina Blackstenius, Jen Beattie and Fran Stenson out of the squad for Thursday’s victory over Brighton in the WSL. All three would have been in line to start this game otherwise.

Eidevall wouldn’t be drawn on whether they are suffering from covid and with players like Kim Little, Beth Mead and Vivianne Miedema backing up the minutes lately and Leah Williamson and Tobin Heath still managing their minutes after injury, it will be interesting to see how much he is able to rotate. Sitting 2nd in the Championship currently, LCL are not to be taken lightly, however.

TEAM NEWS
Jen Beattie, Fran Stenson and Stina Blackstenius are likely to miss out due to illness. Katie McCabe returns to the squad after serving a one-match suspension. Steph Catley, Lydia Williams, Caitlin Foord and Mana Iwabuchi are representing their countries at the Asia Cup. Meanwhile, Viki Schnaderbeck has joined Spurs on loan until the end of the season and Malin Gut has now completed a permanent transfer to Grasshopper Zurich.

A WORD FROM THE BOSS
“The cup is different from the league, it’s about dreams and beliefs and they are the ones coming in with dreams and beliefs. They will come in believing they can do what some people might think is impossible. We need to be sure that we address that and focus on this game in the right way, if we do that, we are in a good position to win. Every competition, every trophy is very important to us and we will bring everything into it.

“Arsenal Women is not only the most successful in this cup, it’s the most successful in English women’s football, period. But saying that, if you look at who has won the trophies in the last five years, then Arsenal have not won that many in that period. It means that we need to know our expectations are that we have to work really hard to win this trophy. But I see that potential in this team to challenge for all of the trophies this season and for the seasons to come.”

LAST TIME OUT
The teams played one another in the Conti Cup group stages last season at Princes Park and Arsenal were 4-0 winners with Vivianne Miedema scoring all four goals.

They finished 4th in the Championship in their inaugural season and 6th last season with a policy of hoovering up unwanted talent from the academies of clubs like Arsenal. This season, however, they are mounting a promotion push and currently sit in 2nd place, currently seven points behind leaders Liverpool but with a game in hand.

Their current squad features former Arsenal academy players Lilly Agg and Scotland international Jamie-Lee Napier and are coached by American goalkeeper turned coach Melissa Phillips. Phillips said ahead of this game, “Whilst Arsenal are another level up from what we’ve seen from a Super League team so far, I think we can draw a lot from our experiences both in and out of possession in the way that we performed against the likes of Birmingham, Brighton, and West Ham.

“We went on the road to Brighton (in the Conti Cup group stage) and put in a fantastic performance, and ultimately came out with a result. And all those things add to the belief bank, so it’s just about going out and making sure we’re prepared and that we execute on the day.”

PLAYER TO WATCH
Lotte Wubben-Moy is likely to anchor the defence in this game. I doubt Jonas Eidevall will want to start Leah Williamson ahead of massive games with Manchester United and Chelsea and Rafaelle is still, effectively, in pre-season mode. She hadn’t played since November prior to coming on as a half-time substitute against Manchester City on Sunday.

Leah and Rafaelle looks like Arsenal’s first choice centre-half pairing but Lotte can fill in for either player and almost certainly will do at this stage as she looks to dislodge one of the aforementioned more permanently. Jonas Eidevall was full of praise for her performance against Manchester City last weekend.

“She and the team had a tough FA Cup Final and what defines you as a player and as a team is how you move on from those moments. Lotte has been working really well in practice. She had a small injury that kept her out of the Man United game, otherwise it was the plan for her to play in that game too. I think she did really, really well against City. She made a lot of big defensive plays for us as well as her distribution, it was a great contribution from her.” 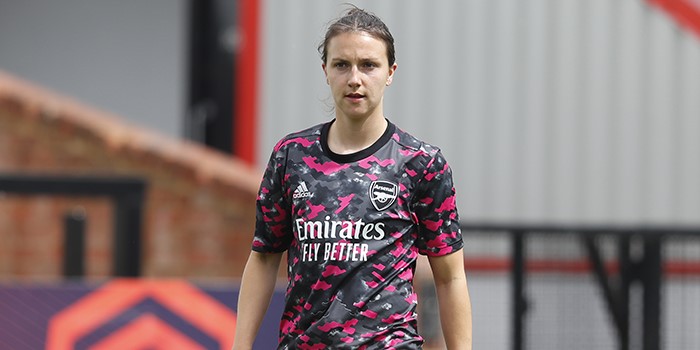 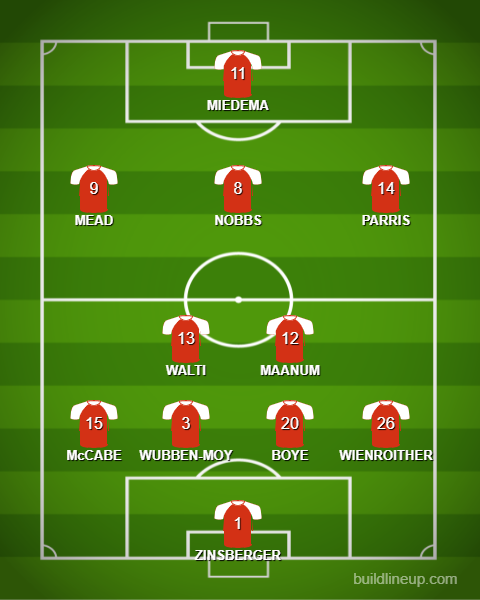 HOW TO CATCH THE GAME
The game takes place at Meadow Park on Sunday, 30th January at 12.30pm, tickets are available here for £8 adults and £4 concessions if purchased before midnight. Otherwise, they are available on the gate at £12 adults and £6 concessions. The game will be shown live on the BBC Red Button and BBC iPlayer in the UK and will also be shown on the FA Player for everyone, UK included. All you have to do is register an account with the FA Player and there is no charge.

COMING UP
We will have match reaction from coach Jonas Eidevall on the site shortly after full-time, as well as the usual match reaction video. There will be a new Arsenal Women Arsecast mailbag edition available from the middle of next week too.

Let’s hope this time we get a referee who actually understands and implements the rules of the game.

I really love the way women’s football is being promoted these days. So much progress has been made and quality of football has been splendid.

Please, anyone knows when the Asian contigent will make their way back?

The tournament runs until February 6 I believe, so I assume the players will return at some point the following week. I imagine they might return a bit earlier if their team are knocked out before the final weekend. I think Australia are the highest -ranked team in the competition so I can’t see our Australian players returning much earlier than the week of February 7. Not sure about Japan and Mana.

Ok, scrap what I just wrote, Australia have been knocked out. Sorry for the incorrect info. Japan are into the last four. Maybe the Aussies will be back in the next few days.