THE LOWDOWN
Arsenal travel to Manchester City on Sunday evening hoping to arrest a run of five defeats in six games. The Gunners were dumped out of the Conti Cup with a defeat at home to Manchester United on Wednesday but coach Jonas Eidevall called the performance, ‘a big step forward.’ Compared to the Birmingham game, it certainly was but that was a very low bar to clear.

The Gunners are short on confidence after a poor run and have, of course, been missing key players like Leah Williamson and Tobin Heath, both of whom returned from the substitutes bench in midweek. This fixture is one of the biggest examinations in Europe given City’s home record over the years and the hosts have hit form after a very poor start to the season.

The truth is that Arsenal are still adjusting to Jonas Eidevall’s style of play, particularly in attack where the team have not scored in four of their last six. Meanwhile, Gareth Taylor’s City look a different beast with Steph Houghton and Lucy Bronze back in the side on the right side of their defence. There is optimism for the visitors however.

Arsenal have struggled against teams that play a deep defensive block in recent weeks but, playing at home, City will look to take the game to Arsenal and that could leave spaces for Eidevall’s team to exploit on the counter attack- and that’s a more comfortable way of playing for them at the moment. It is very fair to say, however, that this is a very different City side to the one Arsenal thumped 5-0 in September and, it must be said, it’s a different looking Arsenal side too.

TEAM NEWS
Lia Wälti and Lotte Wubben-Moy have a chance to be in the squad after missing the United game with minor injuries. Jonas Eidevall also tells me that new signing Rafaelle Souza could be in the squad. The Brazilian hasn’t played competitively since November and would be an unlikely starter but could make the bench.

Steph Catley, Lydia Williams, Caitlin Foord and Mana Iwabuchi are away at the Asia Cup and Beth Mead is ok after a painful collision with Martha Thomas forced her off during the United defeat. Malin Gut (ACL) is still out. Tobin Heath and Leah Williamson are in line to start after coming off the bench in midweek. Teyah Goldie has joined Watford on loan until the end of the season.

A WORD FROM THE BOSS
“I haven’t experienced any problem with the spirit, we know what we need to do better and what we need to do to develop and we are all very committed at carrying on with that. It’s the only way to go forward and the new players have been great additions so far for the squad. When you play a team like City you have to be really good in possession and out of possession and how long you spend in the different phases. That’s always very hard to predict it isn’t part of our DNA to sit off and let City have the initiative but I think the game will be about control, in and out of possession. Both teams strive to have a lot of control and the team that does that best will probably win the game.”

LAST TIME OUT
Arsenal were 5-0 winners in the reverse fixture in September thanks to a brace from Kim Little and goals from Vivianne Miedema, Katie McCabe and Leah Williamson. In this fixture last season, the Gunners were defeated 2-1. Vivianne Miedema gave Arsenal an early lead, only for Sam Mewis to equalise and Caroline Weir to score a stoppage time winner.

THE OPPOSITION
Manchester City endured a nightmare start to the season as injuries to Ellie Roebuck, Lucy Bronze, Steph Houghton and Chloe Kelly drastically altered the dynamic of the team, while the loss of Sam Mewis from last season was also deeply felt. It took time to integrate new players like Bunny Shaw and Vicky Losada as a result, while reserve goalkeeper Karen Bardsley also got injured.

Bronze and Houghton have returned and now City have won their last six games after damaging back-to-back defeats to Manchester United and a 4-0 thrashing in the FA Cup by Chelsea. City are now only two points behind city rivals Manchester United in 3rd spot, the final Champions League qualifying spot.

City didn’t quite start last season as poorly as this but they started slowly before going on a long run during the second half of the campaign and that pattern looks set to repeat this season. Their six-game winning streak has taken in victories against Villa, Birmingham, Brighton, Leicester, Villa and Bristol City. Their next three WSL games are against Arsenal, Chelsea and Manchester United and that will decide how mended Gareth Taylor’s team really is.

“We’ve had a high volume of games in a short period, (but) everyone is looking good” 💬 @garethtaylor_73

PLAYER TO WATCH
Kim Little operated in a slightly deeper role in the midfield double pivot with Frida Maanum on Wednesday evening. Maanum is not a natural defender and struggled in the position against Birmingham. Arsenal looked far more secure with Little dropping slightly deeper against United and, personally, I prefer the captain in this deeper role. 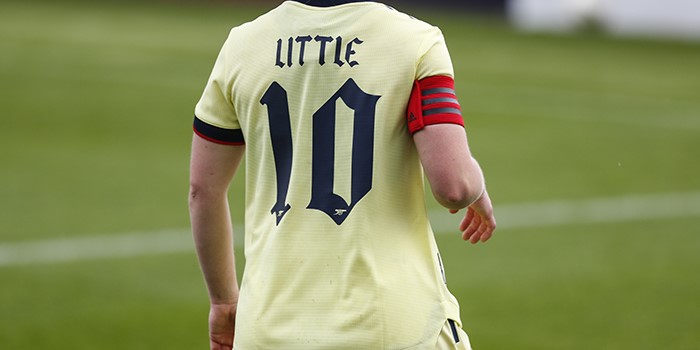 Kim’s security with the ball and economy in possession is more of an asset in this area for my money. Her final third contribution has dropped over the last year or so but her ability to receive and retain the ball in tight spaces is probably unrivalled in the WSL. Assuming Lia Wälti doesn’t start, I would prefer to see Kim as the deeper of the three midfielders on Sunday. 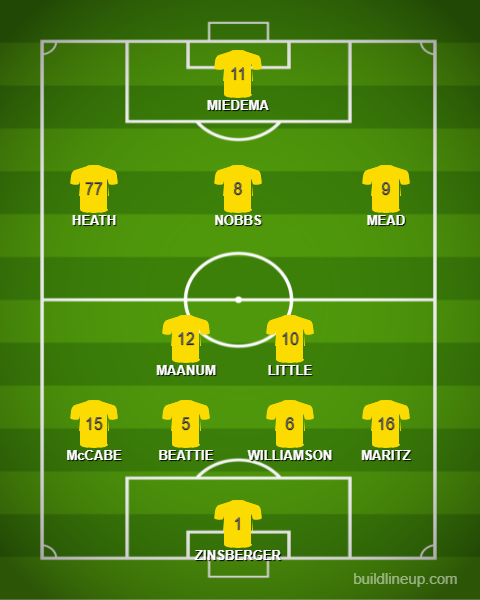 HOW TO CATCH THE GAME
The match takes place at the Academy Stadium and kicks off at 6.45pm on Sunday evening, with the game being shown on Sky Sports in the UK. Elsewhere, your local WSL broadcaster will carry the match.

COMING UP
We will have the usual match reaction from Jonas Eidevall on the site on Sunday evening as well as the match reaction video from pitchside at the Academy Stadium. There will be an Arsenal Women Arsecast mailbag edition before the end of January too.

We just need our players to be more confident in their play. Nobbs needs to get back to the level we know she’s at. Mead also needs to rediscover her early season form. Thankfully, Leah and Tobin are back and should hopefully start. Viv just needs to get opportunities. Depending on the gameplay, I’d prefer Stina to come in as a sub to play with Viv moved to 10, rather than replace her. Let’s get going tomorrow, girls! We’re with you!

I would suggest giving Mead a rest. She has looked fatigued for a while.

Good line-up predicted, hopefully we will be able to play our football again.

A bit of good news, Chelsea could only draw 0:0 with Brighton today!