Arteta excited to have nailed down Jesus

THE LOWDOWN
Arsenal take on Chelsea at a sold out Meadow Park in Sunday’s Women’s FA Cup semi-final. It’s a repeat of the 2021 final in which the Gunners were taken apart 3-0 by Emma Hayes’ side. In his pre-match press conference, Jonas Eidevall admitted that day at Wembley was the most disappointing of his career to date.

https://t.co/YEHKyOqSw8 Arseblog exclusive interview with Kim Little- her formative years playing in rural Scotland, her career in 🏴󠁧󠁢󠁳󠁣󠁴󠁿,🇺🇸 & at Arsenal. Where her work ethic comes from, how she developed her dribbling ability and her pragmatic personality. Graphic by @miedemastuff

Arsenal have two chances to win silverware this season now and Chelsea stand in the way of both of them with the Blues leading the WSL table over Arsenal by a single point as well. The game comes off the back of an international break where most of the players on both teams have been representing their countries.

Eidevall has faced Chelsea three times, winning once, losing once and drawing once. In his pre-match press conference Jonas Eidevall was in no mood to reflect on that record, “We should always be winning, we cannot be happy when we don’t, that is the standard. We want to get to the very top and you can’t do that without having that attitude. That means it hurts more when you lose but it’s the only way to go.”

TEAM NEWS
Rafaelle and Mana Iwabuchi return to the squad after absences with muscle injuries. Lotte Wubben-Moy is also find to play after withdrawing from the England squad to manage an ongoing muscle issue. Eidevall reports that there are no other injuries at this time.

A WORD FROM THE BOSS
“I don’t want you to take this answer the wrong way, because it is my absolute priority to do everything to win trophies for Arsenal. But with regards to my own belief and confidence in this project, it doesn’t matter. I don’t necessarily need a trophy to believe that we can take the next step. If other people need that, that is up to them but I don’t need it. I will do everything in my power to try and get it though because we have a great opportunity to do so.”

LAST TIME OUT
When the teams met at Kingsmeadow in February, they could not be separated in a tense 0-0 draw. The last time the Gunners faced Chelsea at home was back in September when a Beth Mead brace and a goal from Vivianne Miedema saw Arsenal to a 3-2 victory at Emirates Stadium in September.

THE OPPOSITION
Chelsea are the current cup holders, as Arsenal know only too well. They were, however, defeated in the Conti Cup Final by Manchester City in March which means a domestic clean sweep is not possible this year. The simple fact is that Hayes’ side, as the defending league champions and FA Cup holders, are the team to beat.

They are the biggest obstacle to Arsenal’s three-year trophy drought and, as always, the Gunners are going to have to fight to dislodge them in a grudge game to break that hoodoo. The Blues will be without Fran Kirby who is out “for the foreseeable future” with undiagnosed fatigue issues. Melanie Leupolz is pregnant and not available to play.

However, Chelsea have possibly the deepest squad in Europe and they are also proficient at playing within several different formations, often even swapping in game. During the Cup Final defeat in December, Jonas Eidevall took to holding red and blue cards in the dugout to signify when they had switched from a back three to a back four. Chelsea remain a formidable opponent.

🗣️'There's nothing better than competing for a place to play in a FA Cup final.'

Hear the latest team news from Emma Hayes ahead of Sunday's huge semi-final clash against Arsenal.

PLAYER TO WATCH
Games between these teams are often rather transitional with both teams leaning towards a high pressing style. Keeping control of the midfield will hold the key to this game and captain Kim Little holds the keys to the Gunners midfield. She is also Arsenal’s most press resistant player- she might be the most press-resistant player in the league.

Chelsea’s midfield of Ji So Yun and Sophie Ingle was easily bypassed by Manchester City in the Conti Cup Final, at Wembley Chelsea flitted between a 343 and a 442 with Erin Cuthbert transitioning between right-back and midfield and I fancy Emma Hayes to opt for a similar tactic this time around to beef up Chelsea’s engine room.

Arsenal’s likely midfield trio of Wälti, Little and Miedema will be less interchangeable but no less fluid. If Little can get a hold of the midfield, an area that is often bypassed in games between these teams, then Arsenal have a much better chance of success. Kim is also Arsenal’s most experienced player who rested up well during the international break, it’s an occasion she will be more than capable of rising to. 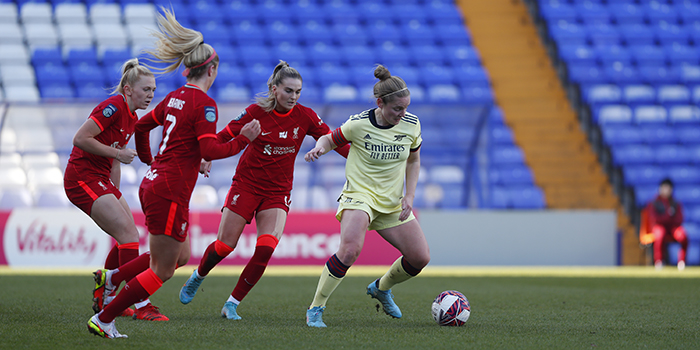 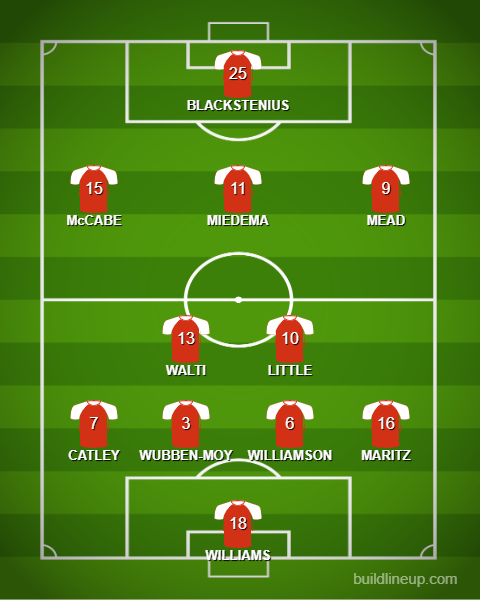 HOW TO CATCH THE GAME
The game takes place on 12.30 at Meadow Park on Sunday and tickets are sold out. The game will be screened live on BBC Two in the UK.

COMING UP
We will have the usual post-match reaction from Jonas Eidevall on the site on Sunday afternoon, as well as the usual post-match reaction video from pitchside. Hopefully you saw last week’s Arsenal Women Arsecast featuring Gunners legend Julie Fleeting and our exclusive feature interview with captain Kim Little. We will have an Arsenal Women Arsecast mailbag edition out on Tuesday evening, call for questions will go out from @Stillberto on Monday evening and Tuesday morning UK time.

Thanks, Tim. I wonder to whom Jonas’ trophy remark was directed…?
Anyway. Looking forward to tomorrow. Come on you Gunners!

Arteta excited to have nailed down Jesus