THE LOWDOWN
Arsenal travel to Everton in the WSL on Sunday night and the objective for the remainder of the season is now crystal clear. Having been eliminated in the Champions League quarter-final and the FA Cup semi-final, they have four WSL games left to see out the season. They have to win them all and hope that Chelsea don’t win all four of their matches.

Jonas Eidevall’s side trail Chelsea by a single point at the top of the table with Everton (a), Aston Villa (h), Tottenham Hotspur (h) and West Ham United (a) to play. By contrast, Chelsea have back-to-back meetings with Spurs, a match away at Birmingham before seeing the season out at home to Champions League qualification chasing Manchester United.

The immediate objective, however, is Everton who have endured a nightmare season given the level of expenditure over the last few summers. They are on their third coach of the campaign in caretaker Chris Roberts after the sackings of Willie Kirk and then Jean-Luc Vasseur. The Toffees have had a poor season but they’ve a squad with plenty of quality.

Chelsea will play Spurs earlier in the day and, one way or another, that result will inform how Arsenal fans feel going into this game. The coach and the players though have to focus on the task in hand. They cannot be preoccupied with what Chelsea do or with the rest of their run-in, it really is one game at a time territory now.

TEAM NEWS
Jonas Eidevall says that Rafaelle suffered a small setback from the muscle problem that has seen her miss the last six games now and she remains a doubt for this game, though Eidevall added that he didn’t think her absence would be for much longer. That means Lotte Wubben-Moy will likely start at centre-half again. No other injuries have been reported.

A WORD FROM THE BOSS
“One challenge is that they have announced that they have a new manager and this is the first game they play after that announcement. Even if he is not on the sidelines yet, there is a possibility he already wants to see certain things for next season. I don’t know if that will change the way they play compared to what they have done previously.

“They have some really, really good individual players, I have been fortunate enough to work with a couple of them. I know their qualities. You can see when they are expressing themselves well as a team they are an excellent team. We go there with respect and we will play a very tough opponent and we will need a big performance to win.”

LAST TIME OUT
Arsenal ran out 3-0 winners in the reverse fixture in October at Meadow Park thanks to goals from Katie McCabe, Lotte Wubben-Moy and Frida Maanum. When the teams met in this fixture last season the Gunners were 2-1 victors thanks to a 94th minute penalty from Kim Little. Katie McCabe had given Arsenal a first half lead before Megan Finnigan equalised with 15 minutes remaining.

THE OPPOSITION
Everton have been this season’s surprise club in the WSL- but not for the reasons that many observers predicted. Over the last two summers, the Toffees have invested heavily in talent like Valerie Gauvin, Hanna Bennison, Kenza Dali, Izzy Christiansen, Anna Anvegard, Aurora Galli and Nicoline Sorensen.

However, Everton have not had a clear plan of how to mesh the talent together, seemingly collecting players without a clear idea of style or identity. They have also lost some big players in recent summers with players like Hayley Raso and Chloe Kelly being tempted to Manchester City. Willie Kirk lost his job after a disastrous start to the season.

He was succeeded by former Lyon boss Jean-Luc Vasseur who survived for ten games before he parted ways with the club. They recently confirmed that Danish coach Brian Sorensen from Fortuna Hjorring will take over the reins next season and he met the squad for the first time this week. They certainly have plenty of Scandinavian talent that he will know very well indeed.

🗨️ | "He is very clear about his vision, his playing style and how he wants to go about things."

Interim boss Chris Roberts on the conversations he's had with Brian Sorensen, who will become our new manager this summer… pic.twitter.com/nk2hHU75IE

PLAYER TO WATCH
With Rafaelle out injured, Lotte Wubben-Moy will continue to deputise at centre-half. The 23-year-old Hackney born defender signed a new contract this week. With Leah Williamson and Lotte both agreeing new terms in recent months and Rafaelle joining the club in January, the foundations for the centre of the defence look set for the next couple of years.

Lotte spoke with Arseblog News about her new deal this week and said, “I see myself as one of those big international players too. I played at the Olympics and have been selected for every England squad this season. I feel as though I am performing at club level and on the international stage. That level of respect is reciprocated by Jonas.”

Rafaelle’s injury has given Lotte a run in the team. Everton are likely to play on the counter with Toni Duggan upfront and Lotte will be charged with marshalling her. Her ability to play out from the back will also be crucial in this game with Everton likely to try and clog up the middle of the pitch, those long diagonal passes to the wing will be pivotal.

New: ‘I exist in the same community as Arsenal’ Lotte Wubben-Moy speaks to Arseblog News about her new contract https://t.co/nN9n5xkBW2 #arsenal #afc pic.twitter.com/3W7cS6xoxZ 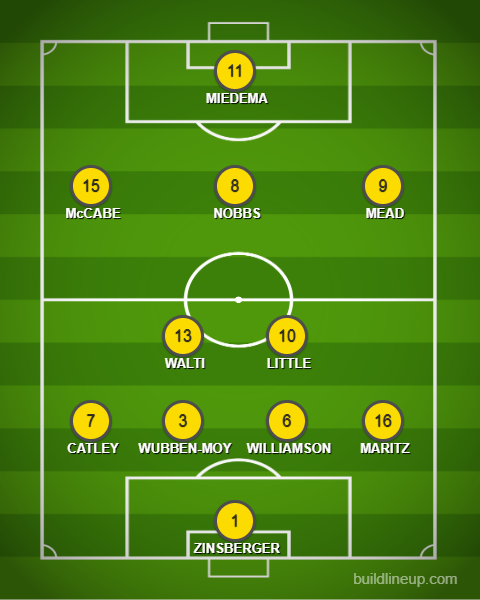 HOW TO CATCH THE GAME
The game takes place at Walton Hall Park in Merseyside on Sunday evening at 6.45pm. Tickets are available here at £8 adults and £4 concessions, or else they are available on the turnstile. The game is being screened live by Sky Sports in the UK and will be screened by your local WSL broadcaster wherever you are.

COMING UP
We will have the usual post-match reaction from Jonas Eidevall on the site on Sunday evening, as well as the usual post-match reaction video from pitchside at Walton Hall Park and the match analysis piece on Monday or Tuesday. This coming Friday marks the 15th anniversary of Arsenal’s UWCL win and we will have something special to mark the anniversary on the site on Friday morning.

Previous articleArteta: We’re going to give it a real go
Next articleMaritz returns, Foord on the wing

What makes you think Blackstenius is getting benched? She’s not been great but Jonas hasn’t wanted to play Nobbs at all this season so this lineup is something different. Maritz at RB instead of McCabe is a vast improvement already from Jonas.

As I’ve said many times, Stina HAS been great for us – her play is deceptively (very) effective & let’s not forget that she has scored quite a few goals so far in her short time at the club.
Very pleased if Jordan starts though!

Her goals were laid on for her. She’s ghosted against WOB and Chelsea.

You don’t really think Jonas gave Tim the team sheet do you? This is just speculation.

Jonas is right about Everton. They should be competing with Spurs and ManUre considering the players they have. That said, if they could abstain from “new manager bounce” for today that would be lovely.