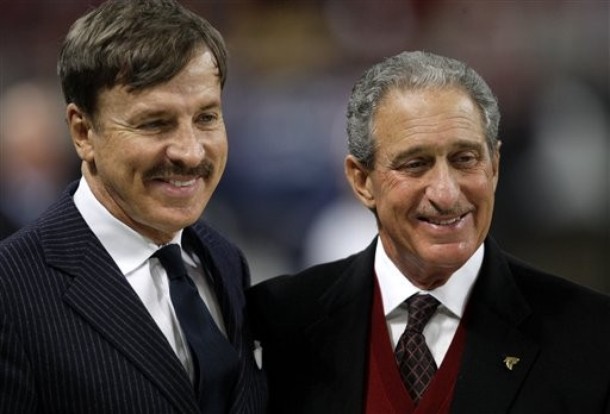 Ivan Gazidis has revealed that new owner Stan Kroenke has been restricted in his ability to speak about his plans for Arsenal due to the rules governing takeover bids, but made clear the American will be a vocal and public figurehead for the club in the coming months and years.

There has been much speculation in recent weeks as to how Kroenke, who has accumulated a 66.64 per cent shareholding in the Gunners, plans to run the club and whether he will maintain channels of communication with the Emirates faithful.

Eager to stress the billionaire’s good intentions, CEO Gazidis told Arsenal.com: “He has been in a period during the takeover where he has been restricted in what he can say.

“He is a believer that what drives the success of any club and particularly Arsenal, where we are in such a competitive environment, is on-field success. I think you will all get to know him better and I think that will be good.”

Stressing that Kroenke’s involvement at Arsenal will be restricted to boardroom matters, Gazidis continued:

“He is an owner who puts people in place that he trusts and relies on them to do the right things. But he is involved.

“He knows who the players are, he thinks and talks about strategy. He is not an owner who is ever going to say, ‘I think your judgement on the left-back isn’t the right one’. He is just not going to do that.

“But he is somebody who wants to understand the strategy and be involved and supportive as well.”

In a recent poll carried out by the Arsenal Supporters’ Trust, 96% of the association’s members made clear they are keen to see the American improve his communication with fans while also wanting to see him outline his ambition for the club and the methods he intends to use to achieve them.

78% also felt that Kroenke Sports Enterprises should be more transparent in publicising how it raised the finance to purchase the club.

Sorry about the grammar, re read after I’d hit submit.

Apparently his farts are deadly. Good to hear we’ll get to smell his stink soon.

The reason why Kroenke won’t speak is because he is awaiting inspiration from the heavens. O great guru enlighten us….