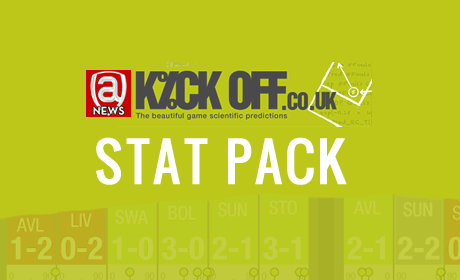 As with every Premier League game, our friends at kickoff.co.uk have provided us with a fantastic visual stat pack ahead of our game against Norwich at the Queen Delia Stadium tomorrow.

To view it simply click the image. And, not only that, underneath you’ll find a betting preview of the game from Paddy Power who are offering a £50 free bet to all new customers. Just follow the links!

There’s no denying that Arsenal struggled to get their season going and only four league games ago there was some serious, if wildly naïve, talk of whether or not Arsene Wenger’s side would be fighting against relegation come next April. Four games and four straight wins later they’re sitting on the edge of the Champions League places and look all set to move into the top four.

Robin Van Persie has been a vital part or Arsenal’s excellent form, with the Dutchman being widely lauded as one of the best players in the world right now. Not just is it impossible to ignore him in the goalscoring markets, it’s actually difficult to make a convincing argument for anyone else. He’s a massive favourite to score first at 7/2 and 4/5 to score anytime and with eight goals in Arsenal’s last four league games there seems little point in backing anyone. The 4/5 on him to score anytime is worthy of a big bet and will find it’s way on to a lot of accumulators this weekend.

We don’t want to completely ignore the rest of the squad and the impressive Gervinho is worth a look at 6/1 to score first. He hasn’t been prolific since his arrival but his link up play has been excellent at times and when Van Persie isn’t scoring he’s providing and Gervinho has the pace to keep up with and benefit from his Dutch strike partner. If you’re looking for a longer price then the recently returned Vermaelen is 16/1 to score first and 5/1 to score anytime. Not just has he helped shore things up at the back but the Belgian is a constant threat from set-pieces and will cause problems to a Norwich backline which has leaked six goals in the last two games.

Norwich have impressed so far this season, not just with their battling spirit but also with their play. This however could be their downfall. If Paul Lambert sends his side out to play passing, attacking football in front of their own fans then they’ll be in serious danger of being punished on the counter attack. Confidence has been building and when Arsenal are playing with confidence, teams lie Norwich can be put to the sword. The last two meetings between these sides ended with 4-1 wins for the Gunners and though they were five seasons ago a repeat of that result at 22/1 looks decent bet.

RvP has more goals this season than the whole Norwich team. But let’s not get cocky.

Well almost, but you get me.

I think Djourou will start as RB , and either Per or Kosc will be benched . we have 4 games in 11 days , the CBs and CMs must rotate

5 games not years my good man. It’s also only League Stats, for the moment.

Your analysis could’ve actually been of interest if it wasn’t littered with ads. Sad to see Arseblog news has become an advertising site for bookmakers.

So the analysis is not interesting because it has some links in it? You’re not forced to click them, you know!

And the title of the post is not in any way misleading.

The click through picture is still the preview one, not the full jobbey.

I’m sure Blogs et al would be delighted Martin if you made a sizeable contribution to keep everything ticking over in place of the ads. Moo.

I really do appreciate Arseblog news. This site certainly produce much better posts/articles than ordinary mainstream media. I’ve got no problems with ads on this site in general, just when the post itself is an ad…

The comment about the cow was just a joke, no harm intended.

I know where you’re coming from but that’s the idea of these betting previews. I realise they might not be to everyone’s taste but they will be marked as such as therefore easy to ignore next time 😉

Don’t fucking read it then

Feeling confident about this one! When are u going to make an appearance on the arsenal fans forum with tom watt?

There is something magical about seeing them invincibles isn’t there?

I love arsene just for assembling that team.

im a gooner that lives in ipswich and with norwich being just up the road its gonna be great all round to see us smash those cunts. GOYG