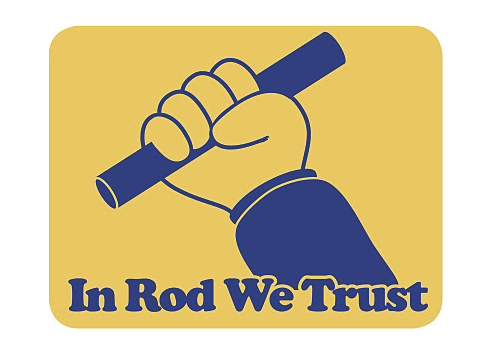 Manuel Almunia will be on the bench for Arsenal on Saturday after Arsene Wenger confirmed that both Lukasz Fabianski and Vito Mannone had picked up injuries in Tuesday night’s defeat against Olympiakos.

The Spaniard, who recently spent a month on loan at Walrus Ham United in the Championship, has not featured for the Gunners since…well it’s a long time ago.

Speaking to Arsenal.com, the boss confirmed:

“Mannone and Fabianski are both out. Mannone has a shoulder problem, he saw a specialist on Thursday night. Fabianski has a nasty cut on his knee.”

Arseblog News doesn’t like to gloat, but we did predict an inanimate carbon rod would be taking a place on the bench as back-up to Szczesny. Stick with us for more exclusives.

Unfortunately, as expected, Andre Santos has also been ruled out meaning either Thomas Vermaelen or Ignasi Miquel will fill in at left-back.

“Santos has an ankle injury so he is out. He will see a specialist in the coming days,” Arsene confirmed.

Could Koscielny not play at left back?

Its nice to see my fellow gooners voting down a question.

the only sam is nelson
Reply to  SmokingGunner

perhaps thumb up means “yes, SmokingGunner, he could” and thumbdown means “no, he’s more of a right sided player so either the middle or right back”

Ah your mind is sharper than mine friend, I was just under the impression he was actually more comfortable on the left side. There was talk last year about it because obviously Vermaelen fills that role.

the only sam is nelson
Reply to  SmokingGunner

playing on the opposite of your natural side isn’t new for arsenal fullbacks, nutty nige played at right back for a while back in the 80s not so long after george bought him. we still had sansom and mickey thomas was yet to emerge as a young right back. although of course he moved to the no4 slot when we bought dixon.

that worked out alright in the end.

He probably could but Vermaelen would probably be better with Kos and Per in the middle and Djourou at RB; alternatively Kos at RB and Miquel at LB would probably work too.

Miquel at LB for me. Djourou is too damn slow and clumsy to play as a right back.

I’d prefer Coq at RB and Kos at CB with Per, Vermalen at LB coz he likes to bomb forward.

Apocalysis? I hope this is not your dreaded face?

Apocalysis, I hope this is not your dreaded face?

A morbid and irrational fear that the world will end unless AW immediately spend 8 jiztillion squid right now.

Will be fine I’m sure against everton but the rediculas decision to play santos may haunt us at city. Hope I’m wrong. Bob Wilson anyone ?

Seriously I will go for experience ahead of youth in this particular game. I think we have Seamus down the left, so Vermaelen will do. Per n Kos in the middle, and Djorou (yes Djorou) at right back. He was pathetic in the last game at Olympiacos but aside that I think the only bad spell he has had at right back was the first few minutes against Chelsea. Miguel has played well everytime he has come in and I believe he will make a good back-up from the bench. And I am seriously thinking of Benayoun in place of… Read more »

i would go with miquel at lb and leave the rest of the defence alone. he looks a good prospect and one change in a defence has to be better than three… i hope almunia’s miserable head doesn’t bring the rest of the team down. maybe he can wear a paper bag?

I agree mate, less changes to the back four, the better.

Taking the first mouthful of morning coffee at the same time as that headline popping up isn’t a good mix.

Any tips on getting coffee stains off a carpet?

Can we use Song in defense, so Koscielny can still be a right back?
Than coquelin or frimpong can take Song place in midfield…

no. we need Song in the midfied , he’s not only our best Defensive midfieder , one of our best playmakers too

Mooro, you should have a blog on your own
Mate, your posts always make chuckle.

Ta. You’re obviously someone who enjoys the finer drivel in life.

Now how’d you get the lid off this fuckin Shake n Vac….?

Once upon a time….
After lots of fight the tired hero retired. Lived in a forest with his dog and gun. But one day a car stopped at his small house and Wenger’s men forced him to get in and save the world of Arsenal once more.
Will the wounded animal capable to do this? Will he fail and flap again or ….
You can watch this thriller at the weekend at the Emirates.
Do not miss it!

Djourou, Kos, BFG, and TV5 is a good back 4, especially in front of Chesney. Djourou played well when he came in for Carl with the rest of the first choice around him in the CL. I don’t think we have a problem. And I wish Manuel Almunia well. At his best he is top quality, he has shown us that – and there is no reason to think he won’t be at his best if called on. Good luck to him. Also good luck to Mikel Arteta tomorrow against his old club – he is a model professional who… Read more »

Looks like a four centre back back 4 on Saturday then.

Can’t say I’m delighted at Almunia’s re-emergence from the wilderness into the matchday squad but the guy is a gent and has always conducted himself well.

If we had a car safety triangle out there, the opposition would try and stay 2 metres away from it at all times….

well thats one hell of a bench

This is too funny:

Just got clamped 130£ and reading that possible bench has sent me into meltdown. Fucking hate Christmas, hate everyone hate rvp and Wilshere hate Fenton the stupid posy dog.and even Santa Claus what’s with the red gown probably never even been to the emirates. Grrrrr

Call Jens back this year too, would rather him than to see Almunia in the squad.

what about metal man thing? maybe he could fill in.

it’s The Simpsons reference ,from the episode “Deep Space Homer” . an inanimate carbon rod prevents a shuttle from crashing.

I know that. It wins an award and stuff. I was just referencing an old post comment that went down accidentally well.

Do you mean the statue of Herbert Chapman? They’ve only just placed it, so might not want to move it so soon

How about a crazy 3-5-2 formation? This rids the need for full backs and as long as Walcott and Gervinho are on the wings, as they have actually done fairly well defensively this season, we’ll be fine. van Persie and Chamakh/Park (just to give them some confidence) up top (or even Yossi just behind) with our usual midfield 3, Walcott and Gervinho out wide and Kos, Mert and Verm at the back.

the only sam is nelson
Reply to  Steve

he said *two* up front

not sure about these new fangled substitute things, mind

Steve
Reply to  the only sam is nelson

If you notice though i also suggested a 3-5-1-1 just to fit in with Wengers plans. I also thought about a 3-3-3-1 but that was ridiculous and so i dismissed that idea

Ignasi left back koscielny right back. Give the youngster ago. You don’t come from uefalona academy without learning a thing or two. Spanish u21 champion. The kids gotta have talent.

i reckon we should give miquel more first team chances he looks determined to make a step up. miquel – left / verminator – centre – per / koscielny – right

I think it’s a ploy to have him on the bench for our 125th anniversary. They’ll show a clip of our biggest finals ever, and then, just after they show those 2 Barcelona goals catch Almunia at the near post, they’ll switch to live video of him sitting on the bench. “Give us a wave!”

Forgiveness is hard. I’m trying. That Paris final has taken years of therapy.