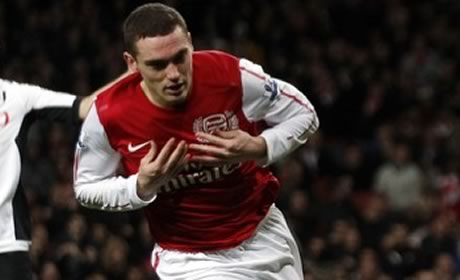 As August came to a close and Arsene Wenger went out and spent like he’d never spent before, he was accused by many of panic buying in the wake of the 8-2 defeat at Old Trafford and Arsenal’s difficult start to the season.

Perhaps there was an element of truth to that but you can still go out and buy last minute ingredients for a dinner party and make a good meal, and the players he’s brought in have, for the most part, been positive additions.

The club’s vice-captain, Thomas Vermaelen, believes that a big part of why we’ve found form again is down to the players brought in close to the transfer deadline.

Speaking to Arsenal Player he said, “It’s hard to say which moment or which result but I think the new players have been really important for us. They’re doing a great job at the moment and they bring experience.

People like Mikel have played a lot of games in the Premier League and Per has played a lot in the Bundesliga and for his country. Both are really experienced and I’m really happy with them. That was good for the team I think, when they settled in well, and we’ve been getting better results.”

And captain Robin van Persie agrees that the new signings have had a big impact. “We got a couple of late signings which we had to make because we were missing a couple of world class players”, he said. “After that game against Manchester United we’ve come back strong. Everybody had written us off.

“Everyone wasn’t really speaking positive about us. To bounce back from a period like that everybody can take credit. We had to dig deep, trust me.”

Vermaelen also believes that this newly confident Arsenal can continue their good run despite a huge test at the Middle Eastlands on Sunday.

“If you are winning games then you are in the mood, you are positive and your confidence just goes up. That’s what’s happened with this team.

“Maybe because we had a bad start some of the self-belief wasn’t there as much for some players but when we started winning again it came back. That’s why we’re more confident on the pitch and we’ll get better results.”

Japanese TV saying that Ryo Miyaichi is going on loan to Fulham.

I hope he gets into that side. They have some decent attacking options.

Let see if he can pump Zamora and Dempsey with the crosses and assists.

I guess when a time comes when we have too many options in defence i wouldnt mind him being given chamakhs role as a striker with jenks or sagna providing the crosses.

Love Vermaelen, but what the fuck is up with that picture?

Looks like someone’s just pulled off his bra and he’s trying desperately to cover up his tits.

Is there a better looking set of captain and vice captain in world football today?

There certainly are not! *swoon

Ours is the only ship that has two Captains. Man Shitty, the 2 Vs will sink your ship.

RVP said “We got a couple of late signings which we had to make because we were missing a couple of world class players”. That would be Cesc and Wilshere then.

It is now obvious that the signings of experienced pros like Arteta and Mertesacker has made a huge difference to the team – especially in the dressing-room. It’s quite clear that this group of players has more self-belief and confidence than the squad which disintegrated towards the end of last season. The return of Vermaelen has been a massive boost too. Like today’s Arseblog points out, Wenger has now finally learnt that sticking with inadequate, underdeveloped players for too long can destroy an entire squad. It’s a shame that he didn’t wise up a couple of years ago: we could… Read more »

if we’d had signed BFG and Arteta two seasons ago I really think they’d have helped a great team over the line – the only thing i worry about with wenger is that he has (or rather had) an obsessive faith with yoot. that, and the rather threadbare “this team is mentally strong” line that was trotted out every time we fell apart like a wet fucking paper bag in a light breeze. although i suspect that was just for the press and would hope/expect mahoosive bollockings were being doled out all round behind the scenes. it looks now as… Read more »

Anon
Reply to  the only sam is nelson

You know, I don’t get why Wenger never signed Arteta when he knew Diaby was injury-prone and Denilson looked mediocre throughout all his season at Arsenal.

Why the thumbs down two people? This is a positive and constructive post. Don’t judge people by their name

I remember so clearly in 2008 or 2009, Arseblog came with the blogpost title “Bring me the head, body and feet of Mikel Arteta” or something of that sort.

Apparently when TV5 does a press up, he stays still and the earth moves…..

I’m so fucking nervous about today’s match. I’ve never felt so racked up before this season, and not even when we faced Barcelona last season. It’s so weird even though this is not even a penultimate title-deciding or anything.

Maybe it’s pride that Arsenal should be and is infinitely better than Manchester City but then common sense nags back that City have improved and are a force to be reckoned with.