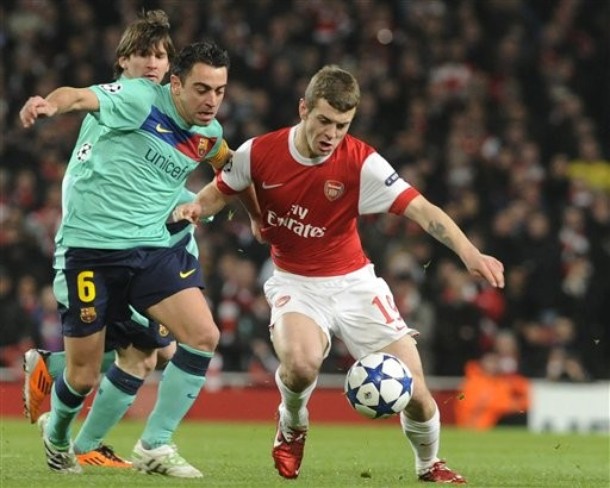 Arsenal Reserve team coach Neil Banfield has praised the progress of five of his protégés after proudly watching them rise through the ranks at London Colney to become important members of Arsene Wenger’s first team squad.

“When you get there you’ve done well, they know it and hopefully there will be some more following in their footsteps in the near future.

Having joined the Gunners coaching set-up in 1997, Banfield has played an integral role in shaping the club’s youth policy in the last fifteen years and now believes that Arsene Wenger’s free-flowing playing philosophy permeates all levels of the club.

“The changeover from one group to another has gone through seamlessly again and we’re starting to see some young players making their debuts in the Reserves. The future looks very promising for the young players at Arsenal Football Club.

“Obviously the manager is running the lot and I think you’re seeing what he wants from his young players, how he wants them to play. It’s a credit to the way the Club works and a testament to all the work that gone in from the manager down.

“We don’t just try to produce a player who can survive in the Premier League, we’re talking about players that can win it, win the Champions League and are going to make us qualify.”

Frimpong’s injury struggles show how difficult it is to succeed

Arsenal FC, will you marry me?

What makes you think she would pick you over Thierry??

He can be our son

Couple? one will do as we already have Le Coq and jack already, we don’t want to be greedy now.

I thought the younger players last night all acquitted themselves really well. Miguel was solid and has been consistently so, Coquelin was good until he got injured and even Yennaris did well though wasn’t overly tested. Still, he looked comfortable and confident.

All in all, the future’s bright. Now we just have to take care of the present day.

oh god, I never knocked our young players, I was just highlighting that Le Coq has as much talent as Jack, the only difference he is not English to get hyped up..

Mark my word, this boy is something special just like our Jack. The good thing the English media will leave him alone.

As I said before, he reminds me a lot of young Steven G in every way.

I was saying the exact same thing the other night (about him being as talented as jack) I think he can definitely adapt to play a similar role to what Arteta is playing. A midfield combo of Song, Coq and Wilshere with rotation from Ramsey and Frimpong is and extremely exciting prospect!

It’s soo good to have one of the best youth centres ,Yesterday when Le coq got injured we got introduced to another prospect .The solution is not just buy buy.

Hope there is more to come

on a completely different note, I have just seen the FIFA team of the year, & I have to ask where was van persie? After the year hes had?? how did Rooney get in to it?? as for the rest if the players named in it, I’m not one bit surprised sure we all know it’s a love in between barca & FIFA. fuck them both.

One is a team made up of cunts, while the other is a cunt that is president of FIFA.

Cunts Will always side with other cunts.

Cygan's Left Foot
Reply to  Will

Who cares about FIFA, we all know King Henry the first was the best player in the world in 2004, 2005 and 2006 and never got it We don’t want even take notice of them any more.

Do you know in 2006 they give it to a 35 year old Italian donkey who had only two weeks of good football all year for an awful Italian national team called Cannavaro!!! But not to King Henry the first who reached that year the CL and WC final?

And before any of our learned posters on here post in with a line telling me how it is decided who gets into the FIFA world team of the year, I am fully aware that it’s decided by other footballing professionals,

I was merely being light hearted. but I still believe van persie should’ve gotten a place in the team.

I heard Chamakh was considered…

Where was Amaury Bischoff in that FIFA 11?

Shouldn’t the heading of this article be: “We’re aiming to produce Champions League winners…for Manchester City”?

What a dumb unnecessary comment in a year we are still in the CL and Citeh aren’t. They’ve had our cast offs who’ve all been average once there and none came thru our academy (clichy?)

are you saying they are producing greedy players like Nasri ? Are you calling Wilshere a lesbian greedy cunt ? or Le Coq , or Frimpong ? definitely not Frimpong .

just stop predicting shit for us

Lol who have we ever produced that will ever win a CL cup with Man City? Nasri and Clichy, Toure and Ade will soon be on their way out, and if City ever wins the CL then it wont be thanks to them…

I cannot wait for the day that Wilshire lifts the CL with Frimmy and Chez stood either side of him..

I am a fat bollox. I’m so fat my blood type is ragu,.. Im so fat, that When I need to take a dump, I need planning permission! anyone standing in my shadow will experience minus 30 degrees below freezing! when I fart it measures 6.0 on the richter scale!! I am so fat, the people at mcdonnells are sending their kids thru college from my custom alone! I’m so fat, wen my partner & make love and she’s finished, she rolls over 3 times and she still on top of me 🙂 blah blah blah, I’m fatgooner and am… Read more »

The problem with typing a comment when using someone else’s name is you need to be able to spell and use proper grammar. If you can’t do that, its a dead giveaway and you wind up just looking like a twat.

Say what you will about fatgooners views, the fact is , he is a well spoken, quite literate individual. Whom ever posted this rubbish, clearly is not.

If you’re going to slag someone off, please at least have the balls to do it using your own name. Untill then, fuck off.

..and you real name is FROG

I love you Frog

No master bates, I was referring to posting a bullshit comment using another posters handle. I figured you to be smart enough to figure that out. I guess not.

I apologize master bates. I misread what you were saying and I posted in haste. Again I apologize for the wrong, harsh words. Cheers

Thanks for sticking up for me, Frog. I didn’t bother to defend myself from that illiterate moron because, as you’ve beautifully put it, anyone with even a smidgen of intelligence could tell that he wasn’t me. I can actually read and write.

News on Chamakh tonight:
“Fiorentina is a good team,” he told Sky Sports.
“I want to have a fantastic African Nations Cup – the rest will follow.”

And Fiorentina have been linked with for a while. Also they sold Gilardino so they need a CF ASAP. I think he’ll likely leave in the summer though

Collecting semen samples from Henry,Bergkamp etc. should be a good start in the production of winners.

A joke comment ! As devoted readers of ‘Pravda” – arsenal.com – you will all be aware of the sudden departure of Luke Freeman to those titans of Champions League domination, Stevenage Borough. The same LF who was going to strut the Messi stuff at the Emirates. Except that like Harvard Nortfleidt, he missed the boat ! But don’t let any of this distract from the acclaim of our ‘Dear Leader’ who as we all know is infallible in his quest to ensure that Arsenal Football Club is London’\s third placed team – by league position – come May. In… Read more »

Law of averages………not all kids are going to make it. Why mock them? Just hope they make it at some point and trigger any clauses included in their transfer. Further more, why mock AFC? screw you till eternity………joke comment!

PS I’ll take dear leader over any other, any day. Word

Coquelin, Djourou(crap), Tech 10 all came around 16/17. The real Arsenal through and through are Jack, Frimpong and Yennaris, all from Haile End Academy. The rest including Miquel were purchased from other academies. True.