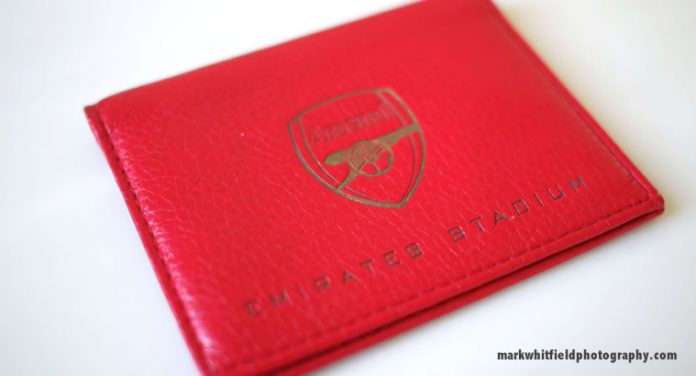 In light of recent ticket developments at Arsenal, including the new ‘friends & family’ scheme, Arseblog News thought it good time to learn more about one man who has been trying to facilitate ticket exchanges between honest fans eager to watch their team play.

Exchanging spare Arsenal tickets has always gone on, but a student from Berkshire has harnessed the power of Twitter to make it easier than ever for fans. Nobody knows his identity, he doesn’t make an income off his page and yet, the student in Leeds has nearly 30,000 followers on the social media site.

He had the idea in January 2011 on the eve of an Arsenal game, when he arranged to meet somebody on twitter and buy their ticket outside of the ground.

“Why isn’t there a site like this?” he thought, so that’s exactly what the 20-year-old set about on making. He came up with @arsenal_tickets, a service where he re-Tweets Arsenal fans who have spare tickets, whether they be for the game or just the coach journey, and ‘sets them up’ with other people.

He said, “Being in first year at University I didn’t have much on, so I thought I may as well. I didn’t think it would go far, I just thought it would last a couple of weeks, but a few Arsenal bloggers retweeted it and here I am.

“It’s far bigger than I ever thought it would become.”

BBC Radio 5 live investigated ‘legalised ticket touting’ back in December, and an Arsenal fan wrote about getting arrested for attempting to give a friend tickets near the stadium.  While ‘Mr Tickets’ feels “there’s a bit of a grey area” in terms of the law, he still believes as long as he isn’t charging over the odds he’s doing nothing wrong.

“I always make sure people aren’t charging over face value,” he said. “I’m adamant no one should be making any money out of it, not even me. I’ve never made a penny from it.”

Many would think as a University student, the “massive” Arsenal fan would be desperate for any extra funds he could get. However, with his following ever increasing, he feels that he’s getting all he needs from his hard work, even if he needs some help to read the many hundreds of tweets a day, at times.

“It has been hard this year,” he admitted. “I took a break at one point as it was all getting too much, but luckily my girlfriend stepped in and helped share the load.

“It’ll be something to go on my CV. Whenever I tell anyone about it, they always say, ‘do you make any money out of it?’, but in my eyes, if I start making any money off it then that’s just taking it too far.”

Arsenal recently announced plans to launch a reduced price ticket scheme for young supporters next season, but the anonymous student – who keeps his Twitter open at all times – has felt for some time that prices across football are too steep.

Manchester City fans protested after they were asked to pay £62 for tickets for their game at the Emirates this season, although not when asked to pay £59 at Chelsea, while prices for the most high profile games have increased as clubs have introduced premier seating areas.

He said: “For the big matches the prices are ridiculous, you can pay £120 for 90 minutes of football, more than a pound a minute. It’s just not right. They have to reduce the prices. With the TV money next year, clubs can afford to drop ticket prices by about 30% and still make a profit, so there’s really no reason. They’re pricing some fans out.”

Man City limit prices to 50% above face value, while others insist on tickets being sold at face value. However, as the re-sale company adds about a fifth to the price of the ticket, the student feels there is no reason why fans should buy tickets in this way.

“I don’t understand why websites like that are allowed to exist.  People are getting arrested for selling their tickets to a mate outside of the stadium, while they’re doing that.

“The money they charge is insane.”

It is because of companies like Viagogo that the @arsenal_tickets Twitter page is so beneficial, and although other sites have been made by supporters of other clubs, few would have such an insistence on making no money out of it.

Is this the future of fan to fan ticketing? ‘Mr Tickets’ would hope so.

Brave lad, and a good man.

The revolution will not be televised.

not at 3pm on a saturday

and the slightly skint ones.

I admire the kid’s principles, but why exactly is his service necessary? If supporters had an agreed upon hashtag, they could just seek out each other. That said, a college American football blog that I follow hosts a google spreadsheet for fans to use for ticket exchange, and it is really helpful. Also, I don’t really understand the specifics of ticket resale law in England. Is it ALWAYS illegal to resell, even at face value, and is the practice heavily policed? It’s technically illegal in the US, but there is never a shortage of “scalpers” around a venue, and many… Read more »

Commenting from Singapore, I am ignorant of the uk laws but I wld imagine that if this service evolves into a stockbroker type model where a standard fee of say 3% of face value is levied as a service charge would allow a FA qualified company run this for all clubs in the premier (or any given) league

Agreed. Arsenal should hire this lad to run it on an official basis. The purchasers can then pick the tickets up from the ground on match day without worrying about being arrested.

That would be classy.

I agree. Hes doing all this ground work to help others. If i were a fan(which i am obv.) who desperately wanted to watch arsenal(i do) and cant get a ticket(thats me!) id have no probs with payig this guy say £3 to set it up. At least he could put the income towards student fees. Im Arsenal F.C would be gratefull because there would be less empty seats, and the fans that would more than likely go down this route, will be the ones that make the most noise and bring more atmosphere. Good luck buddy!

As long as the empty seats are spread neatly rather than in big bare clumps there is no reason for Arsenal to care if people who have bought tickets don’t actually arrive. We could have a sold out a match with nobody actually there and it would still count as sold out. The only problems that they would see it are that empty seats don’t buy pies and beer, too many empty seats can be visible on TV which damages the product image, and if enough seats are empty the home crowd wouldn’t make as much noise so we would… Read more »

Very interesting point on home ground acoustics. I hope the Ashburton lot look at ways to boost the sound levels, it would be a good idea just to hire a professional and see his opinion on how to improve it. With 60k fans on the best of days, there must be more to it than a less than rowdy bunch. Anything to improve it would work to better advantages for the team (bar the “FFS” moments when Gerv makes a mistake). They had the idea of adding another 10k seats to help improve noise levels, doesn’t sound like an idea… Read more »

The building company admitted they cocked up the Emirates’ ability to keep sound in. The angles and roof overhang don’t work as well as they might. The company said they would learn from it, not that it helps us any.

“Manchester City fans protested after they were asked to pay £62 for tickets for their game at the Emirates this season, although not when asked to pay £59 at Chelsea….”.
For the e record, they didn’t complain about Arsenal fans having to pay 55 quid for a ticket for Man City either. And, lest we forget, it can be considerably more expensive for a round trip train far from London to the provinces than vice versa.
Still, that doesn’t fit with the media agenda.

And I didn’t hear any complaints when they had to pay £55 to go to Loftus Road – at least WE did so I guess they did too!?

The Ox, The Ram, Willy and Wally

He’s doing everyone at Arsenal a service, even the players. The less empty seats and crap atmosphere the better.

David
Reply to  The Ox, The Ram, Willy and Wally

I got money aplenty. Piss off.

It’s ridiculous how much money is ruining football. People should be allowed to buy and sell tickets (at normal value) as much as they please.

German football is an example of how much fans should pay for games – Bayern Munich £104 for some season tickets. Also as a student, the ticket prices really have been taking the piss recently and so any news of a reduction in price sounds good.

@Hoogy
Agree with you that the German structure is better but the Germans get most of their revenue from commercial deals. If Arsenal reduce ticket prices to Bayern level the finances would be devastated. Commercial deals are hard to come by especially for a team based in London that has to compete with like 8 other clubs (just counting EPL and the Championship). This is reason for preseason tours, Arsenal try to boost the global fan base in hopes of attracting better commercial deals. Hopefully this will happen and Arsenal can start reducing prices.

Canadian here. The way tickets are sold to Premier League games is stupid. You have to pay a fee just to be able to buy tickets?!?!? Then they make it impossible for you to transfer and sell your tickets. And when better teams visit, the tickets are more expensive?!?! That’s complete BS!!! Here is the North American model: if there is a ticket available, it’s first come first served. If you want to sell your ticket to someone else, then you simply sell your ticket to someone else. No questions asked. As for markup value on the tickets, if someone… Read more »

As a US AFC fan I can second David the Canadians comment. I recently went to a NBA playoff game for $15 which is about 8 pounds. The controls on ticket exchanges/prices is the cause of such high prices. If you artificially lower prices too much clubs will just find other ways to make up for the lost revenue. Get rid of the controls! When you let the market work prices go down and quality goes up!