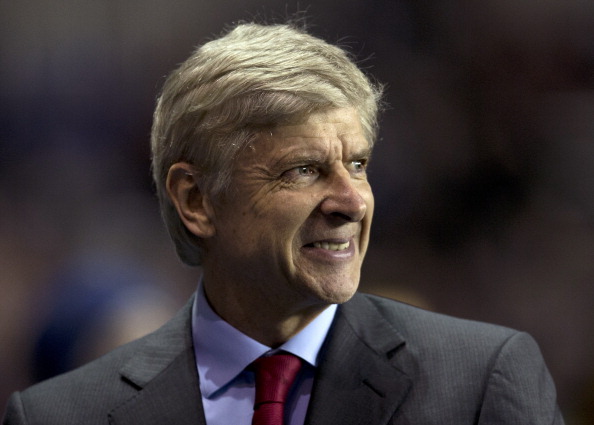 Arsene Wenger has admitted his side have good momentum and that it’s proving important when performances aren’t quite up to scratch.

Although victorious in the end, Arsenal struggled at times against relegated QPR and were thankful for a fantastic Wojciech Szczesny save to deny Loic Remy an equaliser.

“We definitely have momentum,” said the manager after the game. “If you look at the points we have made compared to two months ago. We are going for it and we make the points. Away from home recently, we’ve won everywhere – at Fulham, at Sunderland, at Swansea and at QPR.

“We scored early and started well. After that, QPR played with quality and pride. They were fearless. You could see that this side had played with special pressure and fear in recent months.

“They had the quality to stay in the Premier League and they made life difficult for us. We had good determination and focus. We lacked a few final balls in the final third.

“But I expected a difficult game and I was not disappointed. Sometimes when a team goes down they played well in the game after and win.

“You could see that as Reading won away from home. We need a special focus to win this game. Overall we played a little bit conscious that points were vital and we could not make any mistake.

But a comfortable win every now and then would be nice!

It’s their shit pitch Runcorn.
Even Milan played that trick against us.
A couple of good saves from Green kept them in it, if we got a second the flood gates would have opened.
Poldi looked like he was carring an injury.
1-0 away is always a good result.

Fuck my old boots, we are rubbish.lol

Fuck me! Talk about stumbling over the finish line…(and, fuck off Monkey boy)

Arsenal of old, 1 nil will do us fine.

But yes, a few more comfortable wins would be nice!

Whoever trained Bale to speak? Would be nice to have my pet monkey talking too…

Do you ever wonder how Monkey boy got this much shot power on his left foot. I’ll bet he tightly tapes his toes so that they will be dense and with out blood flow. By the way today’s game was a massive win. All the Tottenham fans had their fingers crossed on their right hand and their testicles squeezed on their left [that’s what they do for luck …….seriously speaking]. The poor cunts probably thought that Monkey boy’s goal would put pressure on us and that it would paralize our motivation, I’ll bet my good unsqueezed testcles that, that was… Read more »

You shouldn’t name yourself after a Fascist wanker…

I think we’ve seen out too many matches with the 1-0 scoreline it’s become stuck in that it’s a pretty descent scoreline to win us the game, pretty bad today i just didn’t know where a 2nd goal would come from and that’s kinda sad.

Yes, I believe that 1-nil to the Arsenal will always win us the game as long as that’s the score at the end of the game.

Hope we get six points in the next two games but this central Poldi thing isn’t working am afraid! Hope am wrong

1:0 to the Arsenal and 3 points, so basically nothing to argue against. Still, a bad performance from our team, it could have gone wrong. One bad tackle or mistake and you’re 2 points down.

The worrying thing is that this is pretty much a full strength squad (Giroud aside) and we still struggle, no matter who plays.

Could seriously do with Chelsea dropping points tomorrow to put our fate back into our own hands.

3 points is 3 points. I’d rather we played shit and won as opposed to playing beautiful football and dropping valuable points. Some “gooners” do the rest of us a disservice with their constant moaning. It’s simple. Either get behind the team or fuck off to the Monkey Enclosure and start supporting them.

Bring on the Wigan game. Up the Arsenal!!

Just need this momentum going for two very hard games coming up next.

aaah this one felt good. It seemed really tricky and I was much more worried than I usually am

Love the grit and fight in this team now. Case of having to because we have no superstars. Buy some more fighters Arsenal. We don’t need the over paid super flops. We willl beat Wigan. Spurs still have to play Stoke and Chelsea away so the odds are in our favour now.

Henry’s beard. Because some people dare to question the merits of our performance on a discussion forum hardly warrants them fucking off to spurs.
It’s even possible to support your team and then discuss the fact that we may have been shit lately. It’s called being a realist.

A team has won the league this season going from one game to another hardly looking convincing. Some would argue, by playing “shit”. They get the job done. These last couple of months, so have we. Without stars, we’ve been committed & professional. The focus should be on points right now. Thats what we all want. Thats what we’ve been getting. Lets win these last two and hope itd enough. Then we move on.

Yes, there’s room to enjoy the fact that we got three points and to talk about how our performances can improve.

I would like to say I thought Walcott, goal aside, got into some good positions today and with a bit of luck might have had a another. That could have opened the floodgates, then. Still, for all our possession I did get a little worried towrds the end. It seemed like we had taken a large part of the game, in the first half particularly, as if it was a training match at Colney only to get a bit of a shock when they woke up. Anyway, 3 points is good and if we have to limp over the line,… Read more »

people lets stop football politics, we got 3points 6 to go, isnt it we all want? In wenger and arsenal I will rejoice

No easy games at this stage of the season and what a great run we are on! Great to see us showing passion to grind out results like today. COYG

Entirely new idea: let’s buy a decent striker this summer. in all seriousness, Theo seemed to be the only one willing to shoot. Aside from one cazorla effort did anyone else manage a shot on goal? And can we please start practicing corners/set pieces? A few goals from those would be crucial throughout the season. 2 more wins (nervy as fuck or 6 nils doesn’t matter) and we’ve done all we could… right?

oh my word podolski. If this is the same guy that was saying he’s being played out of position as we all ganged up on arsene to deploy him as C.F then arsene trully knows what he’s doing sticking with giroud. Gervinho i think would have done better than poldi today.

Only conceding 4 goals in 9 games is pretty good going too. Such a pity about that moment of madness by Bac last week.

Maybe Per will have a say about that 😉

Its not either of them alone, the pairing just works. Did the numbers for shits and giggles. This season they’ve played 13 league games together: 9 wins, 4 draws, 0 defeats. 9 goals conceded. 5 of the goals came in 2 games back to back (Spurs, Fulham) with Vermaelen at left back. In all competitions, we’ve only lost once with them together — the Bayern home game. Not suggesting there is a connection, but guess who was playing Left Back that night…. Not so bad. Oh, and the games include Spurs, Everton, United and City, so a good mix of… Read more »

Play like this in a collective manner and need for a dm wont beee that much of a priority, maybeee we can go for real cam then because everybody loves a attacking midfielder everyone loves cesc.

Your “e” button is sticking !

And so are we.

Da problem is that, the proffessor wil take his side strong not to buy players even though it won

eh?? Some people need a dictionary thrown at their face.

What a pile of shit that was, still 3 points is 3 points !

We are doing what we can but let’s not kid ourselves, it’s not in our hands. Not that the team underperformed in the run-in but rather the spuds are doing better than expected.

Di canio is a facist only because he was raised in a facist house. He is one of the great players in the premier league history. He is a decent honourable person, We should remember what he did against Everton at goodison parkin 2000 :- Everton were caught on the right flank, and Everton keeper Paul Gerrard was injured outside the box when he was trying to defend the counter attack, Di canio’s West ham team mate crossed the ball to an empty goal waiting in front of Di canio—-now 99% of all Foot Ball players and 100% of Man… Read more »

Di canio is a facist only because he was raised in a facist house. He is one of the great players in the premier league history. He is a decent honourable person, we should remember what he did against Everton at Goodison park in 2000 :- Everton were caught on the right flank, and Everton keeper Paul Gerrard was injured outside the box when he was trying to defend the counter attack, Di canio’s West Ham team mate crossed the ball to an empty goal waiting in front of Di canio—-now 99% of all Foot Ball players and 100% of… Read more »

And Hitler was a vegetarian who loved his pet Dog.