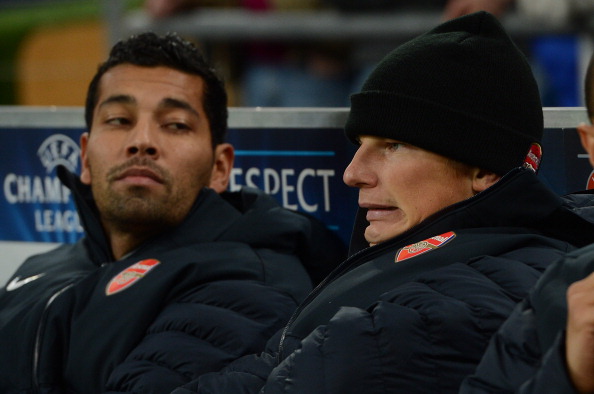 According to a report from Russian Radio station ‘The Voice of Russia’ Andrei Arshavin could sign for Turkish side Besiktas when his contract at Arsenal ends in June.

Arsene Wenger has already admitted that the little midfielder, who has played only 16 minutes of Premier League football since last November, will be moved on this summer with former club Zenit Saint Petersburg also mooted as a possible destination.

The report, which looks to be based on dubious English tabloid nonsense, claims Besiktas are willing to pay Arshavin 3 million euros a year for his services although there have been suggestions the little Russian could forego a signing-on fee in favour of a controlling stake in one of Istanbul’s leading baklava bakeries.

Arseblog News has spotted something of a trend recently with a whole host of Arsenal dead wood being spuriously linked with Besiktas and their rivals. As such we’re treating the Arshavin ‘news’ with suspicion.

In the last couple of weeks alone Nicklas Bendtner (Besiktas), Gervinho (Besiktas), Andre Santos (Besiktas and Galatasaray) and Lukasz Fabianski (Besiktas) have all been tipped for the move to the Turkish football capital while Denilson and Marouane Chamakh also have previous.

As we all know, the only Gunners who have made the move to Turkey in the last couple of years are Oguzhan Ozyakup and Emmanuel Eboue, neither of which raised too many eyebrows what with the former’s name being really hard to spell and the latter being the definition of affable liability.

Affable liability. Heh. You can say that again.

My “understanding” is that it’s a done deal, my turtle just moved it’s head when I asked him…he is somewhat of an oracle in these parts of the world 🙂

In the picture, it looks like Santos has let one go & gave Arshavin a ‘Don’t you dare tell’ look.

Or, he’s just said “You’re going to Besiktas… and I’m coming with you.”

I hope Ashavin will stay and mentor Wilshire. Ashavin was a world class player in his prime and can teach Jack how to score goals.

Better still, we should resign Gallas and get him to teach Wilshere how to be a perfect future captain.

Do we have a multi-buy offer on them all?

Perhaps we should try a BOGOF.

*cough*…of course we were talking footballistically. Updated to clarify. Cheers.

Besik-task really, just glad the £90k is it? is off the Arsenal wage books….

Santos’ face makes me want to punch my computer screen. I know we’re meant to get behind the players and I don’t hate him personally but his face, oh his fucking face… grrr