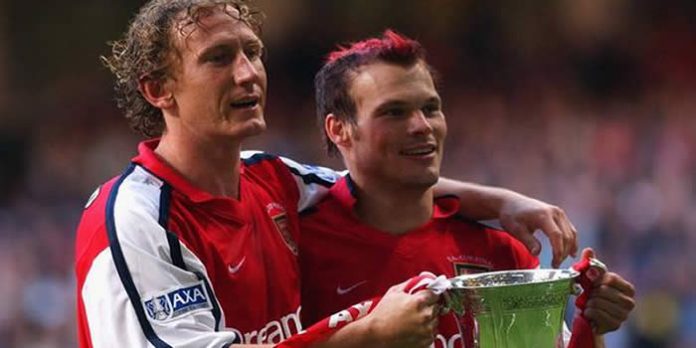 Arsenal have been drawn against Brighton in the 4th round of the FA Cup.

And in the very distant past, Arsenal’s first official meeting with the South Coast side resulted in a 2-0 for the men from North London.

It’s a pretty favourable draw, all things considered, so let’s hope we can make the most of it.

Was the draw fixed, it appeared so fast on Arseblog!

How many clubs has Chris Hughton been at against AW.I can think of Spuds,Newcastle,Norwich and now Brighton?
Think AW has won nearly all of them

And a photo of the current holders would have been nice.

NAh fuck it, day out by the seaside

After seeing Chelsea and Man Utd getting easy draws, I was afraid we’d draw Man City

Worse still I thought we would end up at Mordor! Happy with Brighton though they are struggling in the championship so could have there mind on the league. Could be a steady day.

They are a fucking tough opponent to visit away from home however. Will not be an easy game, but we should obviously go through ^^

Wouldn’t mind seeing a bit of Gedion in this game

This year doesn’t look like it will be very kind to Cinderella.

I have a Bright onlook for this tie.
I was a bit Hoverwhelmed at the luck of the draw.
Albion happy man if we win it.

Dat other guy
Reply to  My mother loves Martin Keown

What is this, a fucking haiku?

MPLS
Reply to  The Ghost of Paul Robinson

Hopefully an easy draw after then we’re in the quarters!

masterofthegoonaverse
Reply to  the gunner

no mate then we are in the 5th round and then the 6th (quarter final).

Poor Diaby is still injured. I still have faith he’ll come thru this season and contribute!

SB
Reply to  Alexis you Alexis

Mean comments apart, feel sorry for the guy but it’s best for all concerned that he moves to a less physical league to salvage a little bit of his playing career.

I don’t really think that any team would want him sadly. The lad would have been a fanatastic player, but his injuries makes it impossible to get any actual use of him. I think an early retirement is what is going to happend. Or alternatively: Arsene Wenger hands him a new 5 year contract.

Don’t see how a less physical league would help seeing as he hasn’t actually got injured whilst playing for ages.

He should just give it up, do some coaching or something.

Also where is Gnabry? He must have shit in Arsene’s jacket.

Good draw. We’ve avoided all the big boys and it’s not exactly a million miles to Brighton for any of our fans who want to go. If Wenger picks a decent team then we should go through. Like I’ve said before, this is our only realistic chance of winning a trophy, so we should give it everything we’ve got.

K9ine – quit the passive bullying please, no need for it.

Have we skipped to the fifth round already? The fourth round is weekend beginning 23rd January. Wishful thinking methinks….

Lets get it on.

Rainbow Gooners will have a good weekend.

As a Gooner that lives in Brighton I’m delighted about this. But in general it’s a fairly good draw for us but not a walk in the park. Brighton have a good manager now in Chris Houghton and are not a bad cup side. However, they are nothing like the team anymore that gave us a good game last time. The Amex is a lovely little stadium to go to so it should be a good day out for the Arsenal faithful. All in all, good draw, but wouldn’t risk playing too many kids in this match as it could… Read more »

And I was shocked after we drew Monaco in the Champions League….and now this.

Now if we can just have on of the soccer gods address the injury situation we are all set.

I think he’s from the USA. In their country they call football another game where you mainly use your hands not your feet.

i think now the the USA play better than England we can stop having a go at any american commentors now please.

Twice in three seasons? In all seriousness, it’s a fair draw, and I’m glad it wasn’t away to, say, Chel$ki or the Orcs. My younger brother’s a Brighton supporter, so it looks like we’ll be watching this match from opposite ends of the couch.

You got the date wrong, isn’t it 24th jan next round

Thanks all, date now updated.

Albion is quite a nice draw…
Off topic, but cannot wait to see Ozil back and playing well 🙂

There’s a good chance of Mesut being back for this game.

On the Bright side, maybe the boss will be able to rotate a few players.

The draw sounds good, but any game away isn’t easy considering how inconsistent we have been this season. Lets hope we get back a couple of players soon. COYG!

With the utmost respect, you chaps are a slight bit nonsense with your assessment of the DM position. There is a bit of inbred bias not tempered by circumspect in saying Flamini got stuck in where had it been Flamini lunging unnecessarily at 87mins in (and risking a red), you’d say it was reckless. I mentioned start of season that we had 3 for the position of DM. Arteta, Flamini and for what its worth Coquelin. In addition, we also had possibly Calum (if not distracted by lack of Cback signing) and the shadow of Diaby. But 3 was sufficient… Read more »

Khedira is not a traditional DM. We need a sitting DM which he is not.

Agree re. Flamini and your argument about DM is good.

I realise of course I’m posting in the middle of nowhere in a piece about FA cup and Brighton. Good to see us win and onwards and upwards. Just thought I’d give an alternate view of things. Also I did think you were hypercritical with Walcott. He has been out for a year despite a couple of sporadic showings for us, he will need time to adjust. The positive aspect is he was getting into very dangerous positions on more than a number of occasions. he also provides balance in tandem with Alexis where had the Chilean been played individually… Read more »

Relatively easy draw. But Birmingham and Bradford games still at the back of my mind and I only relax after these games. Well I shouldn’t really. After years of tough draws we have Monaco in CL and Brighton in this. Good omen?

Does anyone know how I might get a couple of tickets for this one please? I need to go see an old friend who is unwell down that way and this would make a weekend of it.
I’m too old to understand how to tweet……(must do better). I know there’s an Arsenal ticket thing on Twitter but doubt I’d work out how to use it.

The Seagulls’ ticket site crashed and is still down.

Hopefully Sanchez and a few other players will be rested for this game.