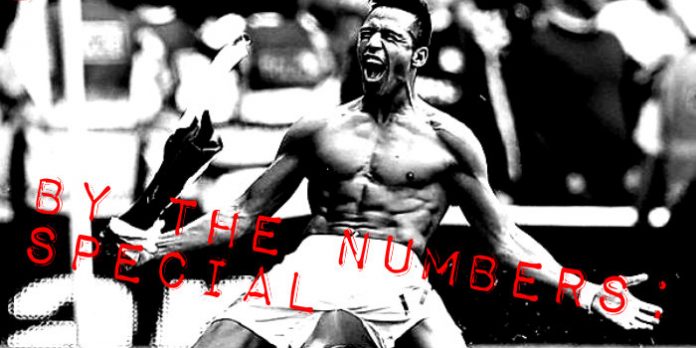 Those of you who follow my column know that I’m not a fan of comparing two players’ stats from two different teams. And you also know that the reason I find this problematic is because individual stats are often driven more by the team than by the player themselves.

For example, how many tackles a player makes is usually a sign of how his team is set up or his job on that team rather than how much of a “beast” the player is in the tackle. Some teams, West Ham is one, despite their reputation as a tough defensive team and the fact that they eschew possession, simply refuse to tackle and/or play passing lanes to intercept the ball. As far as I can tell, this is a deliberate tactic by Sam Alardyce, he wants his team to be more controlled in defense and not dive into tackles all the time. Another is example is that the team that is 4th best in possession, Arsenal, are league leaders in interceptions per game. A lot of stats are more about how the manager wants his team to play than how fantastic a player is.

Still, people love comparing two players. It’s just… a thing people do. They can’t help themselves! And there are a few instances when comparing players can be intriguing.

Chelsea and Arsenal are fascinatingly close to each other in terms of stats this season and that makes fertile ground for player comparisons. First, here are some League stats for both clubs:

The only stats that are massively different are Interceptions, Dribbles, and (ehh) Assists. The assists difference is basically down to the Costa-Cesc partnership and the Hazard-Cesc partnership. According to Transfermarkt, Cesc has assisted those two players 11 times this season. Arsenal’s leading assists combo is Cazorla to Giroud, with 3.

But the interceptions and dribbles stats are down to managerial preference. Wenger likes his team to play passing lanes and gamble on interceptions, Mourinho likes his teams to… uhhh.. not.. the interceptions… so much. I suspect this is a discipline thing for Moumou but if you have a better explanation I’m 1% ears (I can’t really be “all ears”, that would be gross, how would I.. eat? Also I don’t read with my ears.).

Now that we see similarities between the teams (and differences) it’s slightly easier to draw comparisons between players.

Here’s a screen shot of the Squawka comparison matrix for Coquelin v. Matic.

Interceptions, however, is a close call. Matic averages about 21% of Chelsea’s total interceptions. In fact, between him and Azpilicueta almost no one else on that team even bothers. Coqelin’s 3.65 INT per game towers over Matic’s 2 but it’s actually a smaller percentage of his team’s overall production, just 17%. So, how do we square the fact that Coquelin is obviously doing more work (making more interceptions) but Matic is the best on a team which seems reticent to go for interceptions? I don’t have an answer and I would hesitate to say one is better than the other.

And finally, we know that Coquelin doesn’t carry the passing load for Arsenal. Neither does Matic, but he is playing along side Fabregas who is second in the League in passes per game. So, it’s not a surprise that Matic completes more passes than Coquelin.

Let’s switch tack a bit and look at the headliner matchup. No. Not Özil v. TheguywholefthisDNAinBarca, I’m talking about the two players Arsene Wenger tipped for player of the year: Alexis and Hazard.

What is really telling, however, is that Hazard’s 4.78 dribbles per game are 37% of Chelsea’s attempts. In comparison, Arsenal spread things around much more and Alexis accounts for “only” 22% of Arsenal’s dribbles. Another caveat to the numbers above is that Hazard has scored 3 goals from the penalty spot and Alexis hasn’t scored any. If we remove pens, Alexis’ goal scoring record is significantly better than Hazard (per game), though they both convert goals at about the same rate of 6.6 shots per goal.

Even accounting for the fact that Arsenal are an interception-happy team, the stats show Alexis is working his buns off up front trying to score and when he loses the ball, win the ball back, so that he can score.

If I were to hazard a guess, it’s Sanchez’ overall workrate, not just the dribbles and goals, that is the main reason Wenger sees him as player of the year.

I’m pretty sure Alexis is better at decision making also. After all, when given the opportunity, he did choose The Arsenal!

What a cheesy line, but who doesn’t love cheese?! Mmmmmm… sancheeseeee

… I’m staying. I think someone took my coat.

Maybe it might be good to add one more parameters, how many points the team got from their direct contribution (i.e. important assist/goals when the scoreline is 0-0), to show the importance of both players

I’ve said this before and I’ll say it again, Hazard is better defensively than he was, but third best player in the world? No.
I think he should be scoring more goals. He’s 24, look at what messi had done by 24, different players I know but Hazard would be a better player by now had he been managed by Wenger.
He’d have more freedom to his play (as good as his stats are). The team should be built around a player like him. Mourinho shackles him.

They’ve won the league with those shackles.

I think what Strevs was saying is Mourinho wants his team to be 11 players doing specific jobs, which can limit them as individuals (but, like you say, is clearly effective). Wenger gives players more freedom.

That’s exactly what is was saying, Sanchez.

True..for me the team win comes before individual freedom and talent display. If thats what it takes to win trophies so be it.

It’s interesting to see how Arsenal spread a lot of the work around the team with regards to tackling, goals, dribbles etc. I don’t think we focus too much on individuals anymore whilst our depth in the squad means that players can come in almost seamlessly. I think Chelsea rely a lot on key players (Hazard) and their ability to keep them fit has had a big effect.

Which is why Chel$ki struggle when you mark Hazard and Fabregas out of the game. The Scum shut down those two players a few weeks back and look at the result they got. Aynthing the Scum can do, we can do better, so I say make Hazard and Fabregas invisible and we’ll win 6-0.

This piece was eye-opening to me. Given the way the media has been jizzing about Hazard lately, you’d think he was streets ahead of Sanchez. But really, when you look at the numbers, the main difference between the two is style and personality.

Oh, and the Coquelin v. Matic comparison made me immensely happy. For me, he’s the story of the season, in a season where there have been a few great stories.

They should include how much their respective clubs had to pay to obtain their services :p

That’s after buying him, letting go, and then realising he’s actually good and buying him again. Sheesh.

Hardly. He creates even more chances for others than Alexis does. His overall number of shots is also much lower. If anyone was to be singled out as a “solo” guy based on the stats above, it would actually be Alexis, but neither player fall into that category at all. They are both team players, and they’re both very creative offensively.

Hm, a bit of drama before the game tomorrow, saying Fabregas’s departure was ‘not as clean as that’. All the more reason to boo him on Sunday. The more we know about Fabregas, the more cuntish he appears.
http://www.independent.co.uk/sport/football/premier-league/arsenal-option-to-sign-cesc-fabregas-last-summer-was-not-clean-cut-claims-arsene-wenger-10200364.html

What little “affection” I had left for fabregas died when I saw how he embraced John ‘the cunt’ Terry on MOTD last week. Also the way he seemed to buy into moucuntnho’s shit.

Nicely and simply put, can’t really improve upon that comment.

Where would Hazard be without all the penalties? He really hasn’t scored enough from open play given all the hype around him this season.

Hilarious how the Chelski manager finds it funny how we lost 3-1 at home to Monaco when his own team lost the tie against PSG who had Ibra sent off and played with 10 men for over 90mins. Why don’t they ever call that chelsea manager out when he makes cheap jibes which aren’t actually very smart.

I think that Hazard is a fantastic player, but I do also think that Alexis is better. And I am sure he would have done the exact same as Hazard has done this season for them. Chelsea is sadly, the most ‘complete’ squad in the Premier League. There are not really any weaknesses in that squad.

Hi 7amkickoff, First off, love your articles, and I really admire the work you’ve been trying to do. Football stats tend to be focused purely on outcome, so keep up the great work with teasing out real meaning from the numbers. Expected goals, shot probability, and the like are all very underused and not well understood in media coverage. Regarding why Mourinho’s teams tend not to intercept, here’s an excerpt from the excellent and insightful Thore Haugstad: “[T]hese figures might reflect a reluctance to step in front of the opposition. An interception often requires a player to leave his original… Read more »

Excellent column!!!! And in my opinion(not saying that it matters) I agree 100%.

Interesting view from stats angle.But in my view,hazard has outperformed alexis this season because of consistency.Game after game,he is brilliant.Alexis unfortunately had a small slump in the middle(not criticizing),which makes hazard more consistent.

The bias is strong over here. Hazard has been the more consistent and effective player this season. The majority are making yourselves seem clueless

I’d say De Gea’s probably the most consistent player this season, all things considered. Has he even had a poor match?

In fact, he’s the main reason Manchester United are in the top 4 at all.

Am I the only one bothered by the fact that Alexis’ stats were blue and Hazard in red? It’s driving me mad (hence the comment)

It is also worth noting that this is alexis first season in the premiership and should improve further.

A very interesting read. Thanks 7amkickoff!

are penalties also counted as shots/shots on target? And does consistency mean playing well today and missing in the next game? I dont remember seing hazard yesterday except on twitter

Don’t need all these fancy stats Simply put for less minutes on the pitch, Alexis has scored more goals and an equal number of assists. Why he isn’t ahead of Hazard is anyone’s guess. Ozil has better assist rate, chances created, and key passes than Coutinho but is left out of team of the year. Instead Shearer and company would deem to highlight Hazard’s dribbling rate. That’s one way of looking at it depending on your agenda I suppose. Someone should highlight these salient points to the media pillocks, Henry included. Seen Giroud’s ‘statistics’ makes for good reading compared to… Read more »