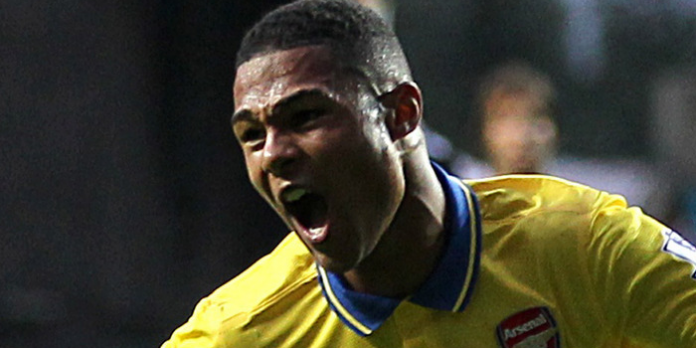 Arsenal U18s may have finished bottom of their section this season, but matters weren’t quite so bad in the end for the club’s U21 side.

Despite failing to achieve promotion back to the top tier and struggling for consistency at times, Steve Gatting’s side still managed to finish in fourth place with a large amount of players being provided with valuable experience of second-string football.

The young Gunners ended the campaign with three victories in succession and the 4-0 trouncing of Woverhampton Wanderers on Monday night was particularly pleasing with regards to the performance of Serge Gnabry, who scored one goal and played a major part in two others.

Gnabry also scored in the preceding fixture, a 3-1 win over Bolton Wanderers, and, after a season that has been heavily disrupted by injury, he appears to be returning to something approaching full sharpness. The hope is that the German youth international will be able to take that good form into pre-season and, subsequently, a potential loan spell next campaign which would enhance his development even further and would help to make up for the time that has been lost whilst he has been on the sidelines.

The official fixtures for this season may be over, but there are still some further games for the club’s youngsters to look forward to.

An Arsenal U19 side is participating in the AEGON Copa Amsterdam tournament, which gets underway tomorrow, whilst the U16s will play in the Geneva Cup in Switzerland.

Three young Gunners, meanwhile, have recently returned from international duty after participating in the UEFA U17 European Championships.

Marcus Tabi, who can play as a winger on in central-midfield, started all of the Republic of Ireland’s group stage fixtures. The youngster will form part of Arsenal’s new scholarship intake for next season.

Stephy Mavididi and Chris Willock, meanwhile, helped England to progress to the Quarter-Final stage, where they lost out to Russia. It was still a valuable experience for the players, though, especially Willock, who caught the eye with his trickery and dribbling skills.

Nice! I rate him highly down that right side. He has something a bit missing in the current team – a true winger.

I see space for him in the team when the Ox moves to his ultimate spot in center midfield as Wenger imagines.

Serge is a more energetic player though. Theo seems almost like a combination between a poacher and a winger at times, which is a strange mix.

Maybe eventually, but not yet. Walcott looks like he has a fair bit to give if he gets a run in the side.

would love to see Tabin come through. Been too long since we had some quality Irish in our squad.

Go Serge! Can’t wait to have you back.

Hey guys, I’ll be going to watch our young stars of the future at the Copa Amsterdam on Sunday.

Any tips on who to look out for besides Dan Crowley and Maitland Niles?

We have guys like him not able to get into the team and people talk about Sterling..!

He is better than what they said? An ostrich?