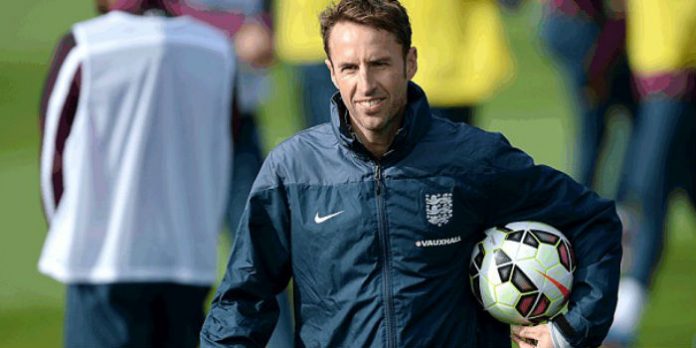 Arsenal defenders Carl Jenkinson and Calum Chambers have been called up to the England under-21 squad for this summer’s European Championship Finals in the Czech Republic.

Gareth Southgate announced a long list of 27 players, of which 23 will make the final cut before the tournament kicks-off on 17 June.

As expected, the likes of Jack Wilshere and Alex Oxlade-Chamberlain have not been called on.

Chambers has made 36 appearances for the Gunners this season and earned a full England cap as a substitute in September’s win over Norway.

Jenkinson, loaned to West Ham United last summer, has made 32 appearances at Upton Park and featured six times in qualification for this summer’s under-21 tournament. It’s believed he’s secured special dispensation from the FA to watch his dad perform at the Vienna-hosted Eurovision Song Contest on Saturday night before joining the rest of the squad.

The defensive duo are joined in the provisional squad by ex-Gunners Benik Afobe and Harry Kane.

Phew, the title had me worried about Ox.

Good luck to Jenkinson and Chambers. Hopefully they form an useful partnership on the right side of the defence.

And to Benik Afobe, Arsenal lad. I’ve always had high hopes for him.

Chambo you are alright son.

That midfield doesn’t look very familiar. I’m very happy Wilshere and Ox can have the summer off though!

Good luck to the Arsenal lads..just don’t get injured!

Is there a better English right back than Jenko atm? He’s been the undisputed starter in a (relatively) well placed West Ham side, I can’t think of who else there is. Chambers has had a quite 2015 after being unfairly busy perhaps in 2014 so maybe this will be good for him.

Apart from Clyne I’d say no. Glen Johnson is shit, Kyle Walker is even worse. I can’t even think of any other English right backs.

And pretty sure Jenks will be better than Clyne soon enough.

That England U21 team looks very good though. Would not be surprised if they went pretty far.

Clyne is streets ahead

Now I kinda hope I will be able to stumble upon England squad in Prague when they are here.

Thank you arseblog for doing my Football Manager scouting for me

Very interested to see what Wenger does next season in terms of our RB slot. If it was me, I’d allow Debuchy to move on but that is very harsh on him. We have to prove to Jenko and Bellerin that their performances have not gone unnoticed and they deserve a shot at first team football.

Maybe I’ve just been missing the wrong games here and there, but I swear I haven’t seen Calum at in ages. 36 games this season really surprised me to be honest.

Mm, they were all earlier in the season. He’s played one minute of first-team football in the past two months.

Harry Kane (ex Arsenal), pretty sure spuds are banging their heads against the wall with that description! good one

I Burst out laughing at the part about Desert Storm, i forgot about that!

Gareth Southgate. …I still remember the penalty miss that knocked English out in Euro ’96…