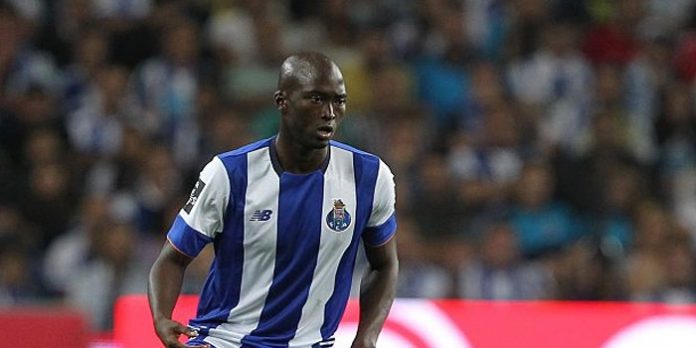 Arsenal’s need for a midfielder this January is obvious. The Gunners are without Francis Coquelin, Mikel Arteta, Jack Wilshere, Santi Cazorla and Tomas Rosicky at the moment, placing a huge burden on Mathieu Flamini and Aaron Ramsey.

Reinforcements are required, and there have been strong links to a couple of players over the last couple of days. Firstly to FC Basel’s Egpytian international, Mohamed Elneny. Stories in the Swiss press say that he has returned early from holidays to undergo medicals at his current club ahead of an early January sale (source).

Then, from Portugal, comes news that we’ve got our eye on Porto’s Danilo Pereira, with scout Luis Boa Morte telling O Jogo:

Click on the link to the Tweet for the entire thread in which he also rules out our rumoured interest in Ruben Neves.

As ever we take everything with a pinch of salt, but both players look like they’d fit the bill, so we’ll see what happens, and how quickly, when the window opens next weekend.

It’s now closer to the BBC than to Sky sports.

Around this time of year, many look forward to spending time with family and friends, eating lots of food, and reminiscing on the year that has passed. Me? I can’t wait for the poo ratings!

I say let the Reinforcement ‘BEGINS’…..provided they are that good, bcos this is the most crucial stage of the Epl, COYG and Mr Wenger too.

Arsene is a gooner

All right then let’s try again. I read a post by an FC Basel fan, and he seemed to genuinely believe El Neny could make the grade in the Premier. Said he’s their main DM but that he has good technical ability and a fantastic passing range. Also, he seems to have very good stamina, always the one covering most ground in the team. Apparently they’ve been struggling a bit in the creative side, so he’s been tempted to go forward and create things more this season, but he’s a very disciplined player when asked to be. Been known to… Read more »

I know Danilo has the trait ‘injury free’ in FIFA 16. That’s something right..

That’s everything to me these days.

Rubs off a tear…

Then, there’s that story in the Sun about a Polish hard tackler playing at Sevilla.
I bit my toungue twice trying to pronounce his name.
Wenger, please sign him up so that Owen can swallow his toungue, go into a comma for the rest of his life while trying to pronounce his name after he has scored the winner against Gent in the champions league final.

I’ll make it easier for you, it’s pronounced Kreekoviak. But don’t tell Michael Owen that 😉

I’m four thirds Polish so I can confirm that it’s actually pronounced “Crywank”.

Most of our targets are cup tied. Is el neny tied?

Is that Porto midfielder cup tied in the CL?

Should we care if they are? We need reinforcements to get through January and the first half of February. Also, if we don’t have most of our best eleven available against Barcelona we’ll go out anyway, Elneny or no Elneny.

The 3:07 length Danilo PerreiraYoutube clip is useless. Not a single tackle in it.

The 4:24 length version, however, makes him look like the beast we need and I am now certain we need to buy him immediately on 1st January.

Paul
Reply to  Me So Hornsey

Have a look at Mo’s passing though…https://www.youtube.com/watch?v=k7OIZiku-ho
The link even has a “ho” on the end Ho ho ho..Merry Christmas!

I can see this happening, have no clue who they are but we surely need the extra body. Typical wenger crushing all the big name rumours by making a gabriel like signing

Hmm, apparently Danilo Pereira has a release clause of €40M.

Being an Egyptian International, Elneny will be dragged into the ACN every few years, which the manager doesn’t like. I doubt we’ll take the risk with him but If he comes to us then AW must think very highly of him, or he must be very very cheap.

When was the last time Wenger bought a player from Portugal? The Egyptian lad is a more likely target, imo

Elneny seems to make more sense with his price tag as it says to Coquelin that this is a guy that’s coming in to push you to be even better. If the releas clause is to be believed for Pereira,he would cost more than Alexis which would put unneeded pressure on the player and the team

Witoldo
Reply to  The Mert

Only teams like Manchester City end up paying full release clauses. They’re almost always artificially inflated and meant to serve as a starting point for negotiations.

2 unknowns to me…but so were Cazorla, Kos, Giroud, and many more. I trust Wenger and his team to get it right this January; the league is there to be won this year.

What would be acreal statement of intent on January 1 is to improve the squad by offloading the Ox.

You sir, are a tool.

Frode, agreed. He’s fucking shii right now and this is coming from me, one guy who stood by Coquelin, Campbell, TGSTEL and even Park