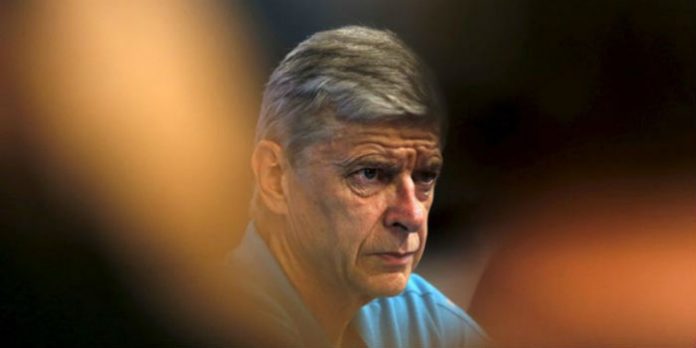 Arsene Wenger says Olympiacos will have to cope with the ‘fear’ of losing what they have when Arsenal visit Athens on Matchday Six.

The Greek side can secure qualification to the Champions League knockout stage at the expense of the Gunners even if they are beaten tomorrow, so long as they restrict the result to a one-goal margin and concede fewer than three goals.

Urging his side to take heart from big European performances in the recent past, Wenger spoke bullishly about being positive from the off.

“Let’s not forget Olympiacos are qualified at the moment but they can lose what they have. That can create a fear factor,” he said.

“We have a history of positive results, we have won everywhere in Europe and we know we can do it. We just want to focus on a top quality performance.

“If you want to jump over a hurdle, you do not think what happens if you miss it.”

Last year the Gunners came close to overturning a 3-1 first leg defeat to Monaco in the knockout stages by winning 2-0 away from home. Although they eventually succumbed to the away goals rule, the boss believes his side have a blueprint for their tactics in Athens.

“We can learn from that. The game we played was very positive, maybe we rushed it in the last ten minutes. That’s what we can learn.

“I believed we played quite well in that game. It is important that we focus on the performance and the goals will come. When the goal will come, I do not know. But when we play well we have a chance to score.

“We might need to be patient. We must go into the game with the desire to win, knowing that we have to get both parts of the game – attacking and defending – well.”

Despite rumours to the contrary – caused in part by the fact both Mesut Ozil and Aaron Ramsey missed training – the Gunners squad is largely unchanged from the one that beat Sunderland on Saturday.

In addition to those that featured in the 3-1 weekend win, youngster Jeff Reine-Adelaide will take a place on the bench.

We can do this!

Whenever I read Arsenes’ interviews, I always read it internally in his voice.

Never fails to make me laugh.

Come on you GOOOONERS….Ever the optimist I believe it’ll be fairly comfortable, 1-3 with Ozil pulling all the strings for Giroud to bag a hatrick. None of the normal conceding an early goal and fighting for 80 mins with a 1-2 lead to not quite find the all important last goal in the last of 7 minutes of injury time. Though of that does happen Il take it

We fans are the Gooners. The players are the Gunners.

Despite the injuries & a distinctly bad record at their ground got a feeling we can do this! COYG!!!!

I dunno man, what Wenger fails to mention is we have a history of playing terribly in the beginning and finishing strongly when most people think we’re out anyway and most of the pressure is off! I can’t knock it because that result against Munich spearheaded our comeback to 4th spot one year. But still, I’m not full of confidence because looking at our history we always do this and flop at the end and then say well at least we won.

Jeff may have traveled but that does not mean he will be in the squad, as the U19 squad on the same plane as the first team, and Jeff could be in that team

At the risk of a lot of red thumbs I don’t feel there’s much to be gained from going out apart from a few million quid. We’re not going to win it and a Europe cup run would give the likes of Ospina, Gibbs, Chambers and Debuchy a run of games.

Walcott, Ramsey, Giroud, Campbell are all legitimate goal threats, especially when Ozil is on the pitch. As long as our back 4 stay focused and don’t get too sucked into the attacking fray (Monaco…), we can do this. F*ck the odds, COYG!

I think it is obvious Olympiacos is going to park the bus in the garage, and lock the doors. It definitely makes sense for them. Just keep us from scoring two and they’re in. AW talks about being patient, but I think we have to score early or it will just allow them to sit back the entire game. I can see all eleven of them in the goal, shoulder to shoulder. If we score first and early, they then have to start worrying about if we score another one. That might put pressure on them to be a little… Read more »

You really scared me that Ramsey and Ozil missed training

Yeah, wait what’s the story here? Any word on why they sat out training, Blogs?