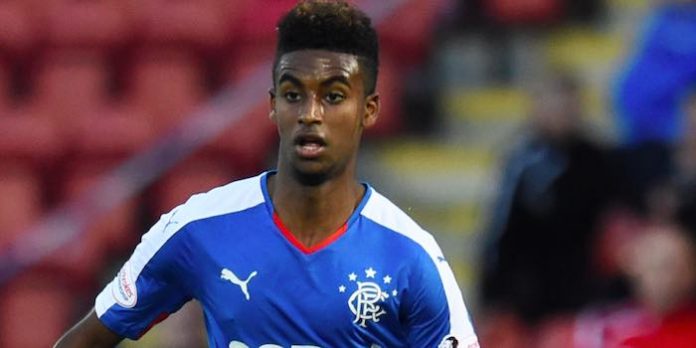 Reports suggest that Gedion Zelalem’s loan spell at Rangers is set to be extended until the end of the season.

The 18 year old joined the Scottish Championship side in August for an initial period of 6 months, but now it appears as if he’ll remain at Ibrox until May.

Zelalem has played 14 times in the league, and although he’s yet to score a goal, he has performed well in the centre of midfield. Even with the Gunners current injury crisis, it’s obviously felt that he’d be best served playing regularly and continuing to develop with first team football.

Meanwhile, it’s believed Alex Iwobi is a target for a number of English Championship clubs, looking to take the forward on loan. He’s been on the bench regularly in recent weeks, and came on as a sub in the 4-0 defeat to Southampton on Saturday.

However, with injuries to Danny Welbeck and Alexis Sanchez, and a further delay to Jack Wilshere’s comeback, Arsene Wenger may want to keep the 19 year old to provide some squad depth.

Good for him, he needs to play regularly above all else. On Iwobi though, he does not seem to me like a special talent (of course I could be wrong and I admit I don’t know much about him). However whenever I saw him play for us he does not seem to have a lot of potential. He looks weird imo (his hips and body look wide and clumsy), I just don’t understand what Wenger sees in him. On the other hand, the Jeff has shown so much more potential in preseason (even with Iwobi scoring a goal) so I… Read more »

goat
Reply to  Dom B.

Not playing players from 16 is a great thing. but i would love to see what Jeff can do anyway

So you want to bench Özil?

Good news that he’s doing well. Hopefully he’s learning to cope with the physical side of things as he looks like he might be left wanting in that department. He could be exciting for us in the future

Finally someone who’s loanspell seems to be successful. I’m definitely positive it is going to develop him both mentally and physically.

I think Akpom’s loan is being pretty successful too.

And Hayden too i guess

Most successful loanees so far are Akpom (based on minutes played, but not on actual goals), Zelalem, Toral especially, and Wellington (excluding injury).

Jorge, can you confirm that WBA wanna cancel Gnabry’s loan?

A M-N, Martinez and Akpom seem to be doing well, Hayden is getting a reasonable amount of play (seeing as he’s up against Huddlestone) and Wellington was gaining a very good reputation before his injury.

I think it’s the best he can get or ask for…I’d like to see him improve his consistency, and then next season a loan to a championship club and then first team. Let’s hope he doesn’t stop developing as at the moment he is one of the most promising young players that we have on our hands

THE ETHIOPIAN IS DOING WELL

Whether loan or no loan, new quality addition to the team is imminent! !! I Love this football club.

Zalalem will need to bulk up a bit if he is to succeed in the epl. Although a fella like LallaMs (admittedly a lil bit sinewy compared to Gideon) seems to be doing just fine.

OFF TOPIC: What in the world happened to Gnabry? It’s really regrettable if he were to fade away without a proper chance with us.

This is good news for Arsenal and for team USA. He’s the future and almost the present for both.