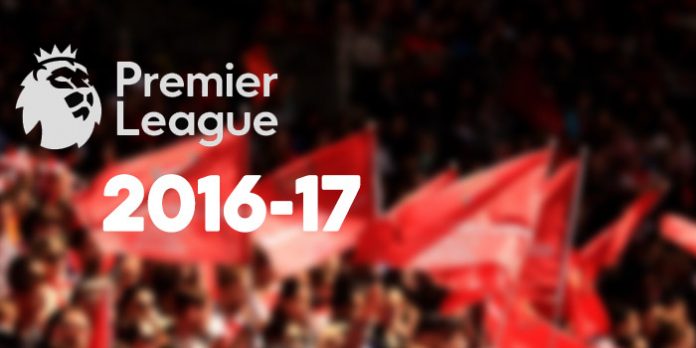 Arsenal will play Liverpool at The Emirates on the opening day of the 2016-17 season. The fixtures for the new campaign were released this morning, and Arsene Wenger’s men will kick off the new campaign against Jurgen Klopp’s side.

Some of the other notable fixtures see the first North London derby take place at The Emirates on November 5th, with the away game at White Hart Lane taking place on April 29th.

Our fixtures against the top teams are as follows.

Please note: All of these fixture times and dates are subject to change by the Premier League and broadcasters Sky Sports and TV. They have to sit down and have high level meetings to discuss how to make it as inconvenient for fans as possible.

Hope we get off to a better start than recent seasons. Especially as the league has got so many top (even if w*nkers in some cases) managers coming in.

Why is Chelsea included, but not Leicester?

i meant a top team?

Wonder if we’ll get the theme song at some point during the season?

Hopefully the title is wrapped up by then 😉

One positive, I just realised, is that we could have a good chance of winning the league at Shite Hart Lane (again), or at home against United, and their cunt overlord, Mourinho.

Winning the league against that Scum. Wenger will be Dancing Oppa Ganganm Style. Haha Gives me Chills.

If we have to pick? Which will it be? I’d say Old Toilet!

Let’s hope spurs are shit and irrelavant again by then and not every pundit is licking their ass. Winning the title at ManU would be amazing. watching who that cunt mourinho decides to blame then will obviously be a right laugh!

Won’t Moronho have been sacked by then?

If we win it in at shite hart lane does that mean we’d get a guard of honour at United?

Yes, yes it does.

Also, where we have fallen down over the last seasons isn’t the top clubs but the middle ones ie from 6 down to 12 or so.

So hope we add enough squad quality/depth and grit to cope with them too.

They play origi up top and going by his misses of free headers in the game against italy i wouldn’t mind this at all. lets hope wenger signs more players now :’)

A Different George
Reply to  ut

Well, they could bring in Benteke to replace Origi. Then we’d be in real trouble.

We will win the league at the Lane….

Will be St Totteringham’s Day that day, followed by winning the league at United the following week.

Nah, we’re going to win at their place to simultaneously clinch the title for us and secure their relegation.

And also on that day secure the relegation of Man U and Man City with our win.

As long as mourinho gets sacked because of us, i’m ok with any scenarios

Maureeniho will be sacked well before then!!

Klopp’s Liverpool on the First Day is going to be tough. Hope we are up for it.

Off topic.. Just read, Mkhitaryan’s agent saying the player wants to move to Man Utd!
Come on Arsene? Don’t let every Transfer Target of our’s slip away as usual.
Act fast please for God’s sake!
Premier League is going to be at its Toughtest Next season.. I hope you Bear it in your mind.

Maybe he likes to play on thursday nights?

Or maybe he is trying to spark a biding war or telling arsenal if they want him they need to start negotiation not coy with him we are interested or not. I’m sure Mkhtaryan doesn’t like to play double right back.

Alright so be it. But let us remember if he goes to Man Utd, Mourinho’s team will be one to reckon with next season, which I certainly don’t think is good news for us.
I just wish we become a bit more pragmatic and act fast.

I really doubt that even Mkhtarayn can safe team in transition, of the guy from villareal unknown which they had to pay 40mil release clause to get him, they will note get class players even murnho will need 2-3 year to rebuild and get them back to top and we all know murinho is getting sacked after 2-3 season especially when he starts to fight with his onw players and they turn on him like in chelsea.

Vardy with whiskey, Szczesny with cigar
Reply to  GunnerDareMACEDONIA

I would by Mata from Manure. This guy can become great again with our style of play.

Playing sp*rs on bonfire night? Fun for all the family #ya gunners ya

October & January look good. *plans annual trip to London knowing full well deep inside the recesses of his wounded heart that these are the very games one should fear*

Great game for opening our season in last past few season we always had easy openers at home on paper like westham least year and we were complacent and lose or draw games, now we will be on our toes against liverpool and great game to test vardy on counter, also great that we play soton early they tend to pick up form in 2-3 months and are difficult to win against the even at emirates like last year, also great to play LC away the will probably starting without vady, ahrez and kante which their moral will be low,… Read more »

Looks like an easy run, lets win the title this season!
I particularly like the December January schedule, we face Man Shitty away on the 17th Dec and the rest are also rans (like Leicester City were also rans) until we face relegation fodder Chelsea on 4 Feb.
Wenger, let’s beat Chelsea this season please. Throw some teacups

Don’t care so much about beating Chelsea as beating mourinho, if given a choice.

Still somewhat convinced wenger chucked the title after Mourinho was sacaked, deciding a Ranieri win would be funnier, which in many ways it was

last home game is Everton? 1998 redux, Gabriel’s through ball to the rampaging BFG who outpaces Jagielka to fire past whoever is keeping sticks that day, cue pandemonium, trophy parade and statue of Per in the post

Ha,ha! Dream on, Sam! Of course what will really happen next season will be one of the two recent groundhog scenarios: either (a) we will start well, get into a great position then collapse in February. Or (b) we start like shit then “battle” for that all-important 4th spot over the final two months. WE WILL NEVER WIN ANOTHER PREMIER LEAGUE TITLE UNDER ARSENE WENGER!!!!! I’ve never been so unexcited and despondent about a new season. Only mad and stupid people can think that anything will change under the current manager. The only thing I’m looking forward to is the… Read more »

Nothing wrong in dreaming, mate. Otherwise, what’s the point of following football. I still dream about scoring the winner in an FA Cup Final and I’m well past my sell be date!

If it comes to 3. then I’m sure most of us will support you switching.

Not sure how much hope I have after we squandered the opportunity last season..fortunately I retain a sense of humour about it all though.

let me tell you about the dream we all have where Yaya Sanogo turns out to be better than Anelka, scores the goals alongside Sanchez that deliver us the league and European Cup, and then is bought by Barcelona for £80 with Neymar as a makeweight.

You were right the first time.

only because of the new TV deal money flooding the game…

A clean sheet against Liverpool will be a wonderful start to the season. Perhaps there is no better attacking threat in the league than Liverpool.

Can’t wait to win the league at WHL

I see we have our annual trip to the south coast for the first game of the new year, not Southampton this time but Bournemouth.

Let’s win it lane while mou and his c*nts give us a guard of honor! *Imagine rooney’s face*

Stoke away in May is not that bad. Orcs don’t like the sunlight, and Stoke – true to their character – have been magnificently lame in the final games the last few years…

Did they not put 6 past Liverpool at Gerrard’s final game 2 seasons ago? However, I agree, would rather play them in May.

That is true… Oh, bloody hell. How to solve this?

I would prefer to dismiss this as a one-off, with the Orcs realising the opportunity for them to crap all over Stevie.

Luckily I don’t like ending every full stop with a full stop, otherwise the madness would never end!

Can’t wait to see team play Chivas in LA.
I would love us to have a new striker and CB by then

What, Liverpool home then Leicester away to start with, not fair!

Granit is playing poorly in this match against Romania!!!!

Vardy heading back to his old club on match day two… ?

Oh my, Arsenal playing home to United on my birthday… My celebration mood hinges on you, Arsenal