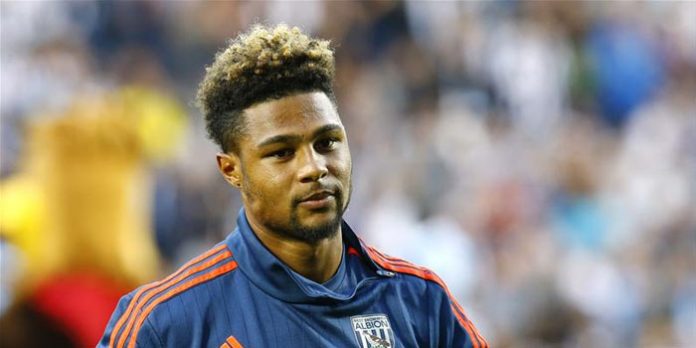 Serge Gnabry can be added to the list of players who will miss the start of the season after he was called up for Germany’s squad for the Rio Olympics starting next month.

The 21 year old cut an exciting figure in the early part of his Arsenal career, but has struggled since picking up a serious knee injury in 2014. He spent some of last season on loan with West Brom but failed to convince Tony Pulis and played very little first team football.

That loan move was eventually cut short but rumours of a spell in the Championship proved unfounded and he played for the U21s for the rest of the campaign.

With Arsenal already short in the forward department, Gnabry might have been seen as a possible candidate should there be no further additions in the front three. It’s likely the Gunners will start the new campaign without Alexis Sanchez, Mesut Ozil, Aaron Ramsey and Olivier Giroud.

Joel Campbell is being linked with a move to Valencia, while Theo Walcott could start the season up front, leaving Arsene Wenger’s options for the wide positions rather more limited than we might like.

Of course Arsenal still have time to go out and reinforce the squad, and perhaps allowing Gnabry to leave is an indication that this is what’s going to happen.

Hey, when you see a straw, clutch at it. That’s what we say.

Bernd Leno gets Germany call up

Looked like an amazing talent a few years back. Hopefully this is the season where it comes together. I think a trip to Brazil and regular football could do him good, before coming back to try and establish himself in the first team.

I think ‘amazing’ is stretching it, but he looked decent enough.

Can’t say I’m too put out by this, I think we’ve got bigger problems.

Hopefully the lad can perform well at the Olympics and force his way into the first team in the future.

……..and Higuain and the rest will immediately sign now they have seen our clear ambition!

I don’t think we will miss him as much as we will miss Giroud, Alexis and Welbeck. We have plenty of exciting young wingers/attacking midfielders. I’d have been more concerned if Iwobi had left for the Olympics.

I hope Gnabry can fulfill his early promise, and at Arsenal.

While will Gnabry go and not Iwobi? It’s not fair

To Nigeria vs Germany.

Well, they’re the ones who decide who to call up to the squad. What’s fairness got to do with anything?

Would they have stopped Iwobi if he was playing for some big countries? so fairness got a whole lot to do with it.

As far as I’m aware Arsenal didn’t stop him going.

Someone missed the news about Iwobi Snr and Alex Jnr not picking their phones.

You reported that Dick Law indicated an unwillgness to let him go. So I’m not sure why you are trying to protect Arsenal or Arsene.

It’s actually a compliment to Iwobi. Basically Wenger is saying that Iwobi is too important to the squad to let him go, and clearly with our lack of forward options we’ll need him, probably even in the starting lineup.

It’s not s complement its disrespectful to Nigeria.

Wish we had the spanish system and a real B team like Real and Barcelona have so we do not have to loan our best prospects only to see them go backwards. Not convinced by our U-whatever team system. Zidane was coach of the B team, not only he prepared the talents, himself was groomed to become the first team manager.

As much as we’d like it (and our teams, for sure), the other teams in the English football leagues are opposed to Premier Leagues starting off in the lower leagues. I think this idea has been brought up and then shot down promptly

Crumbs I ain’t checked arseblog for two weeks or more and guess what… still no striker signed… yawn… I’ll pop back in another two weeks to same old same old!!!!

Not blogs fault, obviously, but Wenger is doing a good impression of his cluelessness of last seasons summer transfer window!!!!

Why didn’t Arsenal publicly try and block this like they did with Iwobi? I guess Germany are a whole different ball game.

Wishing Gnabry the best of luck. Gives me more reason to watch him.

Wenger said he’d have no problem with Iwobi going to the Olympics.

He also said he didn’t know Cazorla either.
What Wenger says in public and what happens behind the scenes are two different things.

Besides I only get the idea that Arsenal weren’t keen for Iwobi to go and made it very clear to him that they wanted him to stay for preseason based on what I read on this site.

So you are saying Wenger isn’t aware that Arsenal has made a U turn and are now blocking Iwobi’s participation at the Olympic? I’m ofcoz glad is not going as an Arsenal fan but in relation to Nigeria especially if we allow Gnabry, then it’s not fair.

lol this guy hasn’t played for us in 2 years, and people are panicking that he won’t be available for the first couple of games of the season…

Unless I’m mistaken, the main reason Gnabry hasn’t delivered on his potential is because of injuries.

The more game time he can get in a competitive environment, the more we stand to gain. Same as for Wilshere, Campbell, Chambers, etc.

Injuries and too many pies.

Good luck to the lad. Hasn’t had the best of luck with injuries. Hopefully can perform at the Olympics and force his way through the first team. Was a real prospect before his knee injury.

Scary thought Walcott up top. Gnabry should start to push for a spot in first team. Perhaps Wenger sees something which is why he is happy to let Campbell go. There frankly is no reason to panic with regards striker. Giroud can be recalled to start early should any player coming in fail to deliver. We still have much of the window left as well and I suspect any deal will be concluded late on because of the heat on prices currently. You have to sweat out the price, have some of the 7-8 teams who can spend more than… Read more »

Theo Walcott must score in every game at start of the season. I have more confidence if Sanogo starts, watch him go on a Chamakh style streak.

Some sun and international tournament experience can only do Serge good. I would love to see him challenging for a spot in the squad.

That said, he was never able to recapture his pre-injury form after his return. Good luck to Gnabry!