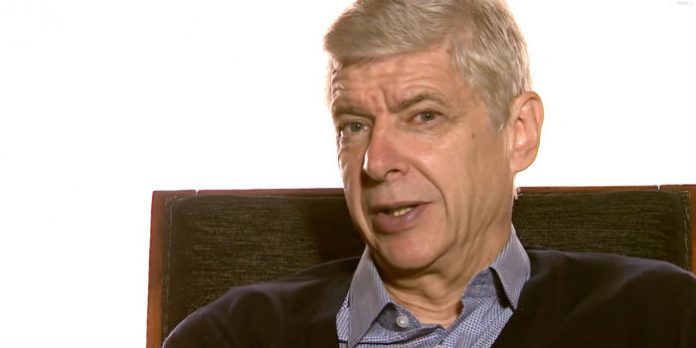 Arsene Wenger says Sam Allardyce had no choice but to quit his job as England manager as the allegations about his willingness to bend the FA’s rules on transfers would have dogged him every time he faced the press.

The Frenchman, who has regularly been linked with the vacant position during his 20 years in England, also reiterated his long-term belief that the Three Lions should be coached by an Englishman.

Speaking to beIN Sports, the 66-year-old reflected on a turbulent month for the FA and touched on why his priority has always been Arsenal.

“It [his position] was untenable. If he’d stayed in charge I think every press conference, every time England prepares for a game the subject would have come up again. I think Sam Allardyce himself acknowledged that he made a mistake and that it would be difficult to stay.

“No [I have not been contacted about the England job]. No, not really [I don’t want to add anything]. Personally, I want England to do well and I think it was a story that was a shock for me.

“I thought Sam Allardyce had the right level of experience and authority to do well with England. I think Roy Hodgson was a bit unlucky in the last two tournaments. And at some stage a guy of experience like Sam Allardyce could have helped to push that [team] through and to get a good tournament.”

He added: “It’s very important [that England has an English manager], I always said that. A country like England has a huge football passion. And as well, the structure of the national team looks to me that it demands a guy from your own nation is the leader.

“If you think that tomorrow you’re coach of France and you play against England and the national anthem is played of England, you cannot sing it, and you cannot sing the anthem as well of the team you’re leading…it looks to me a bit strange, you know? I like what is logical. I think it’s better [to have an Englishman in charge].”

Asked how close he’s come in the past to taking the England job, Wenger revealed:

“It’s quite simple, my first priority was always Arsenal. The second thing i would have considered was to stay in England.

“It would be difficult for me to manage another English team so the second possibility would have been England, but my priority was always my club.”

Gareth Southgate will manage England on an interim basis for the next four games, stepping up from his duties with the under-21s. Having turned down the chance to interview for the position after the European Championship, the former Middlesbrough and Aston Villa defender could now inherit the role on a full time basis should he impress in the coming months.

“I think he has the intelligence, he has the knowledge, he is now for quite a long time at the federation. I believe individually, as a man, he has the qualities to do well.

In other words, thanks but no thanks. You can keep your poison chalice.

Well! that puts everything to rest.

We know we have treated you bad at times.We do feel extremely sorry about it.

Now go smash everyone apart and win us the league once more.

Then please sign de ting and stay with us for another 5 years atleast.

With all the love and respect.

Then, Respectfully Fuck Gazidis.
Though, what he said was true.. He really didn’t have to say that out.

For an Indian, you’ve picked up the arseblog slang pretty quickly. Any pointers?

Been an Arsenal fan since childhood and been following Arseblog for years now..
So big deal eh?

I’m fairly certain the Indian part doesnt matter as much as the Gooner part.

How did he even get the chance to interview Arsene?!

Wouldn’t like Arsene to take this at any cost. Media would crucify him and the other knobhead English fans who have been on his back would jump on the bandwagon.

Who needs a self-destruct button when you can auto-destroy?

I think Arsene Wenger is the closest to a non-English/foreign manager that the FA may look towards.
His long career plus the fact that he’s been in England for so long would make it perfect for the job.
I love Arsenal but also would hate another limp exit from a major tournament.

I’m resigned to limp exits in all future tournaments …

So English people still give a fuck about the English team? I’m shocked

“Sometimes it looks as though they auto-destroy a little bit themselves.”

Rather well put, says I.

As I mentioned. Why on earth would anyone in their right mind take this poison chalice? This job has no charm to it. Why would Wenger (already unfairly attracting the ill thoughts of some supporters at Arsenal) want to court more unnecessary and blinkered hate with a job with England? The world cup is 2 years on. At which point, Deschamp may step down. France will need a new manager. Wenger will have more reason to fight for his own country as he is right that an English manager would translate better for the England job (or perhaps a Scottish… Read more »

The one thing Wenger hates more than Mourinho is corruption. Even though England is not corruption free, he will never manage outside of England in Europe. Germany sure, he loves Germany, but they don’t need him, US team possibly, Japanese team, possibly. Not in Europe.

Probably best that IF southgate does well, let him have the job. There is less pressure and expectation on him and that last point is the key one.

…but when the Press drag him down for not winning the next world cup then we’ll not only have lost an England manager but will have thrown a pretty good U23 England manager out too.

Its a fool’s errand England.

I think you either get someone who has enormous clout (not even Wenger) or an unknown with low expectations on him.

In terms of the former, I can only think of a proud Scot in Fergie who has nothing to prove. Throw him a couple of fine horses and pizzas. He may say yes just to see England suffer, pay back for the Brexit.

Otherwise, there isn’t anyone particularly in England that can muster much confidence at the moment.

Now he’s found his mojo and got some wonga, at feckin last!, i hope wenger stays long enough to break fergies record and give us a few more titles too.BUT alot depends on this season.

Maybe Deschamp might swap to Arsenal and Wenger to France. Didier holds a lot of the similar ethos to Wenger. Koneman is one to watch. Again I think the timeline is next 2 seasons. I think he will sign a 2 year extension and consider his position next season after 21 years in the helm (or year by year) I simply do not get the WOB. There is no viable alternative at the moment and even so, there is NO guarantee of better finish (there is possibility we may also regress) Wenger is simply very consistent. He will leave sooner… Read more »

Spot on santori. You do often wffle on but your points here are…. well, spot on! In wenger we Trust.

What planet are you guys on? Wenger has underachieved the past 4 or 5 seasons. He is starting to look good this season but it is very early days yet. If we continue on this form until Christmas and into the new year, and go on to win the title, I will happily admit I was wrong, but we have only played 2.5 games in a way I know we can. It takes one or two losses and the likes of City to win a couple and we will find ourselves completely out of the title race. All I am… Read more »

With the political climate around England at the moment I can’t imagine a foreign coach being top of the list anyway.

On that subject, surely within 2 years or so the freedom of movement from Europe to the UK will be over and all European footballers will require work permits like non-EU players currently do. Nobody is talking about this, there are bigger issues to be fair, but it will turn football in England upside down and will probably see the introduction of ‘English’ quotas.

Get the fuck in!!!! I fucking love you Wenger and if I meet you one day I’ll hug you throughout the whole time. #OneArseneWenger

A great English coach? There aren’t any. Eddie Howe’s OK but too inexperienced.
England should try employ the best person for the job, wherever they are from.
Not go for Steve Bruce, cos he’s local.

Who are the good managers England should go for?

I don’t care who the FA wants for their next manager, they can keep their fucking paws off our Arsene. He’s staying right here at Arsenal!

Arsene is too astute to accept the England job. As he said, his first priority is Arsenal. If Arsenal do well this season he may extend a couple of years. If not, the FA would not offer him it. So there is no way he would be England manager.

You know what the FA are getting from Arsene? Sweet FA.

For real the England national anthem sounds strange to Wenger