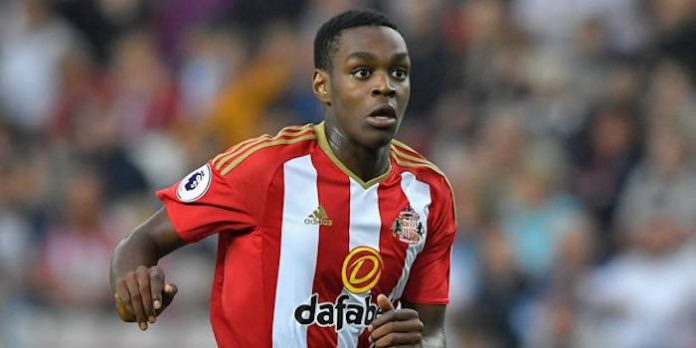 According to the Sunderland Echo, Arsenal are set to make a £5m move for two Sunderland youth prospects: Joel Asoro and Benjamin Mbunga-Kimpioka.

While his colleague is described by the official Sunderland website as ‘An attack-minded player … who can play either on the left or the right and can also operate just off the front men.’

Both are Swedish youth internationals, and the Gunners are reportedly close to tying up a deal for the duo.

It’s a move which makes some sense to help boost the underage set-up, as Arsenal look like they’ll lose the exciting Chris Willock. The highly rated winger is out of contract at the end of this month and has not been willing to discuss new terms with the club.

He has been linked with a move to Borussia Dortmund, but there are strong rumours that he will sign for Man City when his contract expires.

Willock closing in on Benfica switch

“(…) Chris Willock. The highly rated winger is out of contract at the end of this month and has not been willing to discuss new terms with the club.”

Really, what’s going on with Chris Willock? Is there anyone else of his calibre in the youth team we might lose?

They can quadruple his wages and throw in a private jet with a water slide.

Gutted to lose another Willock, I had high hopes. Seems our malaise is extending to the youth teams too. Like rats leaving a sinking ship…

Well, you’re a rat and you should leave our ‘sinking’ ship.

As a swede, this pleases me alot!

As a turnip, I’m not so pleased.

Wil locks older brother did exactly the same to move the Man U a few years ago. Where he has done precisely nothing. So there is family history. Willock, in the few occasions I have seen him live looks good but frankly not as good as the hype would have us believe. Reiss Nelson looks far better to me.

Hmmm, well for one his brother is an academy player, so bit harsh to claim he’s done nothing. Quote frankly, he shouldn’t have yet. And Nelson does look a charmer, but something tells me if Nelson looked to be leaving in a similar situation, we would be hearing about he flatters to decide but how “x looks far better” again. I think fans need to understand that our academy just isn’t as great as a place to develop as we may think. Was speaking to an ex arsenal academy prospect recently, and he mentioned how only particular types of players… Read more »

Now I have an explanation for the reason why our academy players get nowhere once released by Arsenal. Makes sense to me.

Is it not just that they aren’t good enough? Really the vast majority of youth players from any team fail to do anything, not because of how they are trained but because that’s how it goes.I’m not convinced we are any worse than others.

Those playing in championship came from some academies, West Ham, Southampton etc.. no ?

Ah, but things are never that simple, are they? I mean, no doubt they weren’t good enough, but the point of the discussion we had was why if they don’t make it arsenal, they don’t make it at all. When you consider we’re allegedly meant to be one of the best academies in the country (Europe maybe?) it wasn’t just that few make it to the top team, but few make it PROFESSIONALLY. Like, some of our top academy prospects, once they leave, they plummet to such low levels of the football league, many of them end up outside of… Read more »

Well I’d be interested to see statistics of our youngsters and where they end up vs similar teams eg man utd, Chelsea, city etc

No way
Reply to  Sploop

The article is from 2015 but it has us in 6th place out of all the clubs in the big 5 European leagues. That suggests (along with the amount in the first team squad) the academy is doing quite well.

Well he’s 20 actually and he has been there for quite a few years. Not exactly pulling up trees.

And regarding your point about how I would simp,y change th tune if it was Nelson, I can only report what I have seen with my own eyes. Plent of others have reported how player x or y will be the next one to break through and I have seen them play and thought never in a million years. Stefan OConnor is one in question. I saw Wilshere play vs West Ham in the youth years ago and thought it was obvious he had the talent. I’m afraid I haven’t seen such clear markers from Chris Willock. Sorry if this… Read more »

No need to get all prissy about it.
I don’t watch the academy anymore, sadly (lost all hope post-Silva), but my basis of him being promising is based on Jorge and his views of him and the club, and he speaks very highly of him.

I don’t really know many who watch more academy players outside of arsenal than he does, but I guess watch as many as he does.

Don’t forget we have iwobi, it would be hard for willock to get a chance if he stayed.

Agree, good ball control but doesn’t know what to do with it.

Well, even if this is accurate, it really refers only to some attacking players, not defenders or genuine strikers (wasn’t Robson-Kanu at our academy). I also wonder if the pass-rather-than-dribble stereotype is true even for attacking midfielders: Jack and Alex Iwobi don’t really fit that at all (and since they did succeed in reaching the senior squad, it should be more, not less, true of them).

I think we need to be realistic about how many players in a big club’s youth set up are going to make it. You’re rarely going to bring through more than one or two every few years these days as they’re up against some of the best players in the game. Even at an under-performing club like ours they’re fighting experienced internationals who are that for a reason. Even Chelsea whose youth sides are beating all-comers these days are only bringing lads who’ll make the fringes. To my mind the last one of theirs to truly make it has just… Read more »

I’m not sure the youth system has a problem with dribblers, look at jack wilshere or iwobi.
As far as the style of player we are developing, it makes total sense to try and develop players that suit the way the first team play. That’s what the club is trying to do, develop players for the arsenal first team. What would be the point in us trying to develop solid championship level players? Most youth team players at top clubs won’t go on to have long careers in the top flight.

I don’t know the ins and outs of it, but I suspect the youngest of the trio Joe is angling for a move to Manchester too (either club) and has rejected a contract too.

I know they are only kids, but part of me feels like the club should cut both loose, no point investing time and money developing them if they/their family/advisors/agents believe they could do better elsewhere (financially or professionally).

Yeah, the younger seems to be doing the same.
Not sure what’s up with that, but I agree, cut them all loose.

But then we would probably be the first to bitch if any of them became superstars, heh.

That’s disappointing because in my opinion the younger one Joe is the most promising one. Whenever he’s played he looks the best player for us and makes a difference and arguably is the best player of u18 team. If it weren’t for nelson who frankly is ridiculously talented we would be hearing a lot more from this lad.

So he thinks he could move to Man City as a youth player and further develop?LOL.
I think this would be last we would hear about him for like ever.
But what’s up with Arsenal? We can’t keep hold of our senior player..which has been the trend.. but now it looks like we can’t keep hold of our young and developing players as well.. Gnabry and now this so called highly rated schmuck..SMH.

Hopefully one of these guys is the next Tonton Zola Moukoko

Can’t wait to buy them in championship manager then!

From Mbappe to Mbunga. Can’t say I’m surprised though!

More ridiculousness in regards to willock!!!;

Our academy never develop CF. The best they were able to, was Bentner. Some would say Afobe before he was sold. Akpom is getting nowhere.

Afobe never had the technical qualities to succeed at arsenal. Even now he is struggling to be first choice for midtable club Bournemouth.

Akpom had potential to be one , but he’s too raw .whenevr i have seen him play he was too wasteful in front of the goal and still is . all his loan moves were unimpressive .

But I have high hopes for the ones coming through now , mavdidi and particularly nketiah. Both look promising. Hope both of them make it at arsenal

I do not think the academy need these two boys they will only block the path way of other talented boys already at the club because of the fee paid, there must be 50-60 boys spread across the U18 to U23 you need playing time to progress. I do not think any foreign player should be allowed to join academy football they should make a age cap of 21 this would allow british talent time to develop.

That wouldn’t improve the British players, that would just remove the competition for them. It’s a question of coaching. Improve the level of coaching at the youngest levels and you’ll get better players across the board.

And if foreign players wouldn’t be able to join teams before the age of 21, you can just throw out any chance of English teams actually make a mark in the European competitions. Regardless of how developed the British talent is.

are they any good?

Asoro is lightning fast. He’s only 18 but has been picked for the Swedish U-21 European Championship team ahead of a few older players. I hope we get him and I hope he outshines Theo…