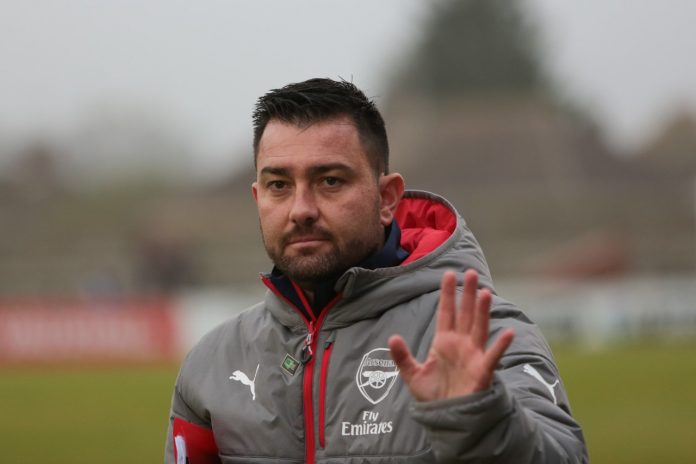 Arsenal Women’s manager Pedro Losa Martinez has left the club with immediate effect. BBC Sport broke the story last night that the Spanish coach was set to leave, but did not include a timeframe for his departure in their story.

Since then, women’s football journalist Kieran Thievam from Women’s Soccer Zone has had it confirmed that Losa has left the club, after a poor start to the season which sees the Gunners in 6th place in the WSL.

Given the huge expenditure on players and influx of world renowned stars in the last 2 years, Arsenal have underperformed in their league campaigns, with inconsistent team selections leading to inconsistent results.

Pedro arrived at Arsenal in 2014 and has since won a Continental Cup (the equivalent of the League Cup) and an FA Cup. Undoubtedly the high point of his reign arrived in May 2016 when he led the team to FA Cup final victory over Chelsea at Wembley.

However, the club have struggled to compete with Chelsea and Manchester City in the league, despite having a comparable squad. Arsenal are expected to make an official announcement shortly.

It remains to be seen who will take over, names of legendary ex players such as Marieanne Spacey, Jayne Ludlow and Kelly Smith- who manages the Development team currently, will feature with the bookmakers.

Wow, is this a surprise to you Tim? Or has it been brewing for sometime?

The surprise to me is that it didn’t happen a couple of weeks ago. Players seem to have lost faith and with the squad he’s got, it’s a hugely disappointing start.

I dont follow arsenal women as much as you Tim, but even I felt a little disappointed we couldn’t keep up with our rivals considering we are one of the best women’s teams ever.

You’re absolutely right, people on the outside assume Chelsea and City have blown us out of the water financially. They haven’t, Arsenal regularly beat City to players because of superior wages (Beth Mead one of several examples). They should be doing better.

Too Drunk To Be Offside
Reply to  Tim Stillman

I don’t follow the Women’s team as much, however I do remember seeing this result. Atleast Mr. Pedro knew how to show sp*rs their right place.

”The club have struggled to compete with Chelsea and Manchester City in the league…” cough, cough…. The Arsenal has a core identity.

Wow…imagine the board sacking a manager for poor results. Apologies for the cynicism. Maybe they aren.t completely spineless

I can’t say I’m surprised. PML had a great eye for talent and seemed like a really nice person, but he just wasn’t cutting it. I don’t like to see managers sacked mid-season, but there is no time to waste for Arsenal. We have to compete with Man City and Chelsea or we will lose some of these incredible players we currently have.

Fingers crossed for Laura Harvey – the names you mention are fine as caretakers but we need a top-drawer coach.

Alas, Laura won’t take it. She’ll only come back to England for the NT job.

I just hope that the next manager is female. It seems wrong to me that managers in women’s football are so often men (and this is not an observation restricted to just football)

I do think we have the best squad in the WSL. Our attack is particularly formidable if we find the best system under which all the big names can play with each other effectively.