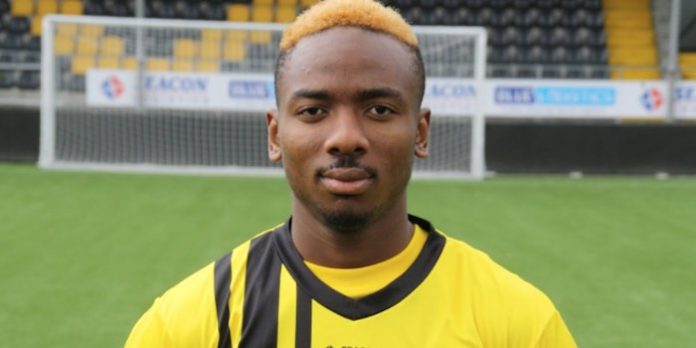 Last week reports emerged that Arsenal were set to cut short the loan of Kelechi Nwakali to VVV Venlo.

The 19 year old has had a difficult time with the Eredivisie outfit, starting just three games despite scoring on his first appearance for the club back in September.

Rather than being called to London, however, he’ll spend the second half of the season with MVV Maastricht in the Dutch second division.

The Nigerian joined the Gunners in the summer of 2016, and his loan moves are developmental.

Unfortunately it seems he’s been unable to convince mid-table VVV Venlo that he’s ready for their first team, so let’s hope it goes well with Maastricht who are in a similar league position in the Eerste Divisie.

Good luck to him, hope something clicks.

Could’ve included him in a swap deal with Aubameyang :\

Wow!
Congrats dude. Go enjoy football, learn as much as you can… lace the boot and work the socks out. We’ve got a place in our midfield for you in the nearest future.
Naija for life.

Did it also say alot about Gnabry he couldn’t get into the team at West Brom? Or our new signing Mkhitaryan who couldn’t get into the team towards the end at Utd?
Sometimes players have a fallout with the manager or doesn’t suit the way the gaffer wants the team to play, it doesn’t mean they are bad players. In Kelechi we have a young, exciting player who Wenger seems to rate. Let’s hope he can refind the form at Maastrich he showed there the last time around and develop into a player for the first team!

Not just rated by Wenger.
Lots of teams were after him and still are.

I don’t agree. Putting any kid on the team means taking a risk, which a team might not be able to do. The skills have to be quite a bit above the rest of the experienced team for it to make sense. The manager also don’t get the long-term gains of giving him experience. Getting the right fit really matters.

Yeah that Kevin De Bruyne who couldn’t get into the Chelsea side. He was shit. Wander where he plays now anyway and if he is any good?

V is for Vic Akers

jackbut
Reply to  V is for Vic Akers

ya, changed it to red and white once you are cooked

What is wrong with our loan system? Does this happen at most clubs? Can someone with knowledge explain how the loan system works? Using KN for example how does the loan club want him and have no plan to use him? What was the purpose for acquiring the loan on a player they had no interest in using? Do they cover the wage? fee on top of that? I know the player needs to agree to the loan so how does a player decide to accept the loan? Alot of questions I know but just puzzling why loans for a… Read more »