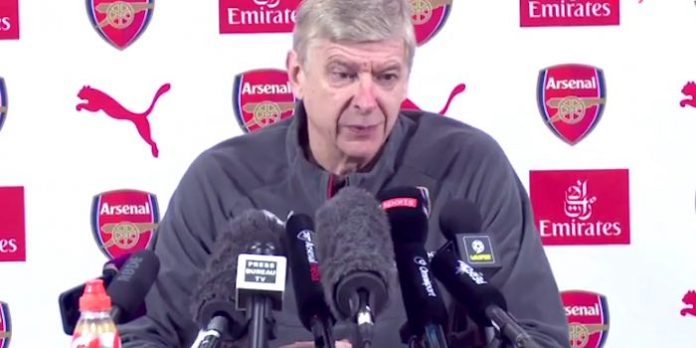 The Gunners make the short trip to Stamford Bridge in the wake of Sunday’s humbling 4-2 defeat to Nottingham Forest in the third round of the FA Cup, and Arsene Wenger has provided the latest team news ahead of the game.

With a number of players missing through injury, there’s no good news with regards anybody coming back into contention.

“We don’t recover anybody unfortunately,” he said. “As well on Sunday we paid the price a bit of having some injured players.

“Some needed to be rested, but we have 5 or 6 players injured, and that’s a bit detrimental at the moment.”

Asked if anybody would be back this week, he continued, “For tomorrow no, and for Sunday I don’t think anybody will be back.”

Wenger then confirmed that Granit Xhaka would face a fitness test on his groin, as would German defender Shkodran Mustafi whose participation against Chelsea must be in some doubt.

Iwobi dropped after being late out on Saturday morning? (per the Sun/Mirror etc)

Latest Team News: we don’t have one.

can’t argue too much with that!

What’s Inanimate Carbon Rod up to these days?

Since we’ve got a good chance of winning a trophy I hope Wenger puts out a strong side tomorrow!

To win it we’d have to beat Chelsea over 2 legs – and then beat City in the final. I wish I shared your optimism, but I wouldn’t call that “a good chance”.
A chance in hell, more likely..

Except we beat Man City in last season’s FA Cup semi-final and then beat Chelsea in the final when no one gave us a chance in hell. I know City are a tougher prospect this season but Chelsea were league champions going for the double. I’m sure we’ll fuck it up because that’s what we do at the moment but never say never.

The situation is ideal!

What’s Yossi Benayoun up to nowadays?

i heard he recently retired

Hleb’s looking for a club.

Its a shame the transfer window isn’t open with all the injuries we have at the moment .

Heal our players, Holy Ghost, in the mighty name of Jesus. Amen and Amen

Wasn’t Ramsey supposed to be back by now?
Any update if there has been a setback or something?