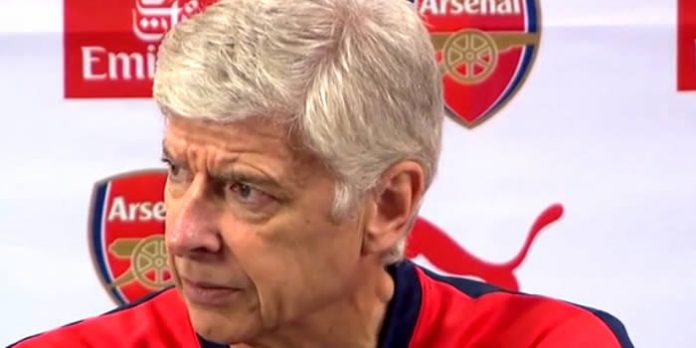 Good Saturday to you, Arsechums. I apologize for my absence this week but family matters and work kept me away from the arduous task of stats gathering and late-night writing. I also have to admit that this season’s Thursday/Sunday/Monday Arsenal schedule is killing me both personally and professionally. Not just the schedule but the results as well. It’s all depressing.

And talking about depressing! I have the Week 28 Premier League 7amkickoff Expected Goals Table and let me tell you, Arsenal top the “This is Depressing League Table.”

Let me just clarify that even though I am presenting this table today (Saturday the 3rd of March) the table DOES NOT include today’s matches. So, for example, Burnley won today and they now have 40 points, just 5 points below Arsenal. But that result is not included in this table. Ok?

Here’s the League table sorted by points but with some underlying stats revealed:

I added a new line at the bottom of the sheet, averages. I know that some managers hate averages and that sometimes averages can lie but in this case we are averaging the Premier League, 20 teams over 28 games. I added this average because Arsenal supporters want to compare ourselves to the top team but in reality Arsenal are defensively closer to an average team.

The positives are that Arsenal are good going forward. 50 goals is 13 above average and all the other stats indicate that Arsenal are still a good attacking team despite the recent slump. Arsenal have created 69 Big Chances this season, that’s third best in the League and Arsenal have more Big Chances on target than Liverpool*, the Gunners are 2nd in the League in Big Chances on target with 53. In terms of Big chances scored Arsenal drop from 2nd in BC created to 5th in BC scored. This is due to a low BC conversion rate of 40% (average is 45%).

In terms of 7amxG Arsenal are just about where we would expect them to be given the shots taken and shots conceded. They are a bit off pace in terms of goals scored (-6) but their defending is conceding just average for the shots they have given up. If Arsenal finished better they would have scored more, but they would need lucky saves to have conceded fewer.

Arsenal’s attack is “ok” but the real problem is that they are an average defensive team this year and specifically what’s killing Arsenal are shots and goals allowed off Big Chances. Arsenal have allowed 51 Big Chances this season. That’s not just the worst in the top 6, that’s 9th worst in the League. Stoke have allowed more Big Chances than any team this season with 65 and Arsenal’s 51 is just 13 fewer than Stoke. Man City have only allowed 24 Big Chances, Chelsea 28, Tottenham 29.

This is also a massive drop in defense from Arsenal over the last three seasons. In 2015/16 (Coquelin/Cazorla) Arsenal only allowed 35 Big Chances – ALL SEASON. That’s less than 1 per game. The next season, after Wenger dropped the idea that you need a midfielder to defend, Arsenal allowed 59 Big Chances. That’s 1.6 per game. And this season continues that trend, with Arsenal conceding 1.8 Big Chances per game.

And since you will ask “what’s the deal with Big Chances, who cares how the opponents score goals?” Big Chances account for 58% of all goals scored this season. To illustrate even further, consider the fact that the “regular” goals (not Big Chances) that teams have conceded are

Big Chance goals conceded for those same teams are:

Manchester United’s rather lucky record aside there are just a certain number of “unavoidable” (lucky, great shots, supreme talent, just getting beaten) goals that teams are going to concede. Across the Premier League that average for “non-big-chance” goals is 0.6 goals per game this season. Among the top six it’s closer to 0.4.

Given that top teams are going to concede almost half a goal a game no matter how good they are then the key measurement is how well a team controls Big Chances conceded. In this regard, Arsenal are just poor. The worst that they have been in the three years that I’ve been collecting this data.

Incidentally, this data is what I am pointing to when I say “Man U have been lucky” this season. They have only conceded three goals off non-big-chance shots conceded. United have conceded just 1% of those shots as goals while the average in the League is 5%. De Gea is the main factor in this, he’s saved 83% of all shots on target and apparently is blowing away all keepers with a 96.4% saves rate from these other shots faced. The average for keepers is 81% in the League this season. Cech has saved 80% of those shots he’s faced.

Arsenal have had their worst ever season under Arsene Wenger and results have been depressing. Supporters are already well aware that the main problem is defending but I thought I’d offer a little bit more insight into how important it is for teams to control the big chances they concede.

*Liverpool are wasteful. Mo Salah has missed 19 Big Chances this season, more than any other player, and his teammate Sane has missed 11. The two combined have missed 30 of Liverpool’s 44 unscored Big Chances. Source. SofaScore.com

A huge part in the defensive clean-up mission is acquiring a midfielder like Cazorla or Arteta that were able to control up to 60% possession for us. There’s a reason why the 15/16 Arsenal side, Man City, Barcelona etc all concede very few big chances…

This season Xhaka, Wilshere, Ozil, Ramsey etc simply haven’t been good enough at keeping the ball. We struggle to maintain 50% possession in most games nowadays. Our defence is shambolic, but by placing them under constant pressure makes the situation a lot worse than it needs to be.

Yes, though part of that is that more teams are pressing us, and pressing more intensely, especially when we play away. Arsene Wenger’s late-career teams have NEVER figured out how to handle a high press. Santi helped, but couldn’t do it all on his own, and Arteta certainly struggled against a really good high press (I remember a game a few years back against Poch’s Southampton team when their pressing made Arteta look like a very old man indeed). This is partially down to talent, but I’m convinced it’s mostly tactical. Even mid-to-lower table teams have realized we can’t handle… Read more »

I don’t agree this is down to tactics. Look at the school boy errors by these set of players. How was the first goal or the second goal against City at Wembley tactical? How is Sane running past 5 arsenal defenders a tactical problem? Or the second goal vs City at the Emirates tactical? They passed through us from their half of the field. It’s down to effort and a lack of pride. Everyone needs to look themselves in the mirror and ask if they have given their best

It’s not a tactical problem. 1.Sane should have been tactically fouled by Bellerin but he was allowed to run past the entire defense. 2. Countless times I’ve seen Xhaka slide like an idiot to make up for his lack of pace. 3.They don’t study the opposition players before a game. The Bernardo Silva goal is a carbon copy of Robben against us last season. Do they genuinely not know these guys will take a shot from the distance with their strong foot or do they allow these shots because they have confidence in their GK. I’m convinced DE GEA would… Read more »

What’s the stats for defence and possession before and after Pat Rice left?

Was he an unsung coach that helped keep us together?

At least he used to leave the bench and have a go at players, Bould just seems rooted to the bench staring aimlessly into space like a scene from ‘Get Out’

This is a glaring problem. I’ll change the entire back 7 if I’m making the call. I highly doubt if anything is salvageable defensively for arsenal. Look at the starting back 7 and tell me if any of them will start for Sp*rs. Cech vs Lloris Kos/Mustafi vs Alderwireld/Sanchez/Vertonghen Bellerín/Monreal vs Aurier/Rose Xhaka/Ramsey/Wilshere vs Dembele/Wanyama/Dier. I’ll pick their players ahead of our all down the list. Our player acquisition has been atrocious. If you’re been honest, 6 of the 6 goals conceded against City were down to player errors. It was not down to they system we were playing. This… Read more »

frank from vienna
Reply to  Made Arsenal Great Again

as it is unlikely we can Change the whole defense, in the meantime a Little bit of Coaching would help. they run around like headless chickens and that has not a lot to do with the Players themselves i think.

I’d take our full backs over theirs. I also would have taken aurier when we were linked with him but still… you also named 3 dm’s for them and none(one if you wrongly count xhaka) for us. I’m not saying you are 100% wrong but your argument seems to take pieces where they fit to prove your argument. it is down to the system… liverpools defence is as bad as ours and they are still on fire. the second(perhaps 3rd cant remember) goal at the weekend was mustafi’s fault for playing as a right sided cb in a back 3… Read more »

You are talking about the 2nd goal. The David Silva one. It wasn’t Mustafi’s fault.

The problem is our players have turned into ball watchers in defense.

Haha…. Bonermouth shall be their name from now until the end of existence, managed by their fearless leader Eddie Hore.

Articles like these are why I love this medium…thanks.
Coyg.

The problem is the fm has loaded his team with ballerinas to play his brand of Barcelona style beautiful soccer. He forgot or conveniently chose to forget he is in England where the English Power League is based. Most of the guys he buys are below 6ft or 186m. So in a 50/50 challenge for the ball the gunner invariably loses out due to his smaller physique. I think the sooner he goes the better. The defene has been battered time and again .I cant wait for a defensiveminded coach to take over. A stronger defence can allow you to… Read more »

You are partly right but i have to disagree with you because Man City are proving you don’t really need defenders to win games.

They have got a bunch of world class midfielders ,wingers and forwards and fullbacks. We would have been giving City a run for their money had Santi been fit the whole season. What we need is not 1 Santi but more players of his quality.

Just go out there and get a Modric or Alcantara. Get another young player like Meyer to provide injury cover and let him develop over time. Get 2 top CB’s.

No what we need is a manager who knows how to coach his players. The City players you call world class, were coached into being world class by Pep.

Very very unrelated…. please i found this article and i felt it is worth giving a shot https://sports.naija.ng/1155523-arsenal-star-ainsley-maitland-niles-abandons-mother-a-container.html?utm_source=mailfire&utm_medium=email&utm_campaign=reaction_pusher#1155523

I still remember our teams like invincibles ,get real physical on teams,if that’s to squeeze someone’s throat,so be it,get a red card,and depart,the other 10 would still win the match on sheer guts and determination.we admired the spirit of those teams,thesheer will to win
How I would love one of our current player to punch or throat squeeze someone,just to get that killer instinct.back..oh god where are our club going:-(