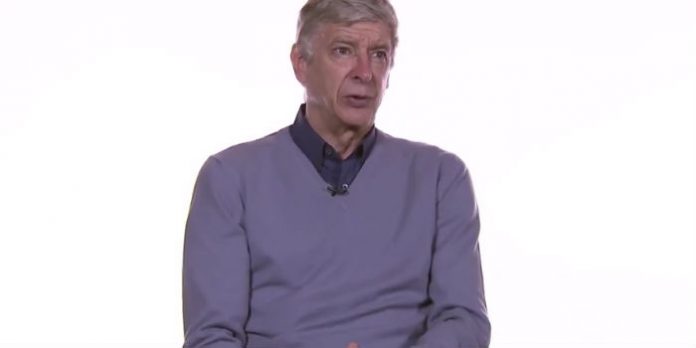 Arsene Wenger says he has no qualms about taking his Arsenal side to Moscow next month despite a recent souring in Anglo-Russian relations.

The Gunners are set to play CSKA Moscow in the quarter-finals of the Europa League next week having been drawn together two weeks after the poisoning of Sergei Skripal, a former Russian military intelligence spy, and his daughter, Yulia, in Salisbury.

The use of a military grade nerve agent has drawn widespread condemnation from the international community and led to over 100 Russian diplomats being expelled from embassies across Europe and the US. In a tit-for-tat retaliation, President Putin, who recently secured another six-year term in office, has expelled 23 British diplomats.

Football and politics don’t tend to mix well, however, with a World Cup in Russia on the horizon it’s hard separating the two right now.

“It’s a difficult relationship at the moment between the two countries, so it’s not linked with human rights.

“Sport has to influence the positive of respecting human rights. This is a situation where it’s more, we don’t really know what’s going on.

#Wenger is unconcerned about playing in #Russia following the #SalisburyAttack. @Arsenal face @PFCCSKA_en in the #UEL next month. #AFC #Arsenal pic.twitter.com/IDYS2HRex6

“I’m not too concerned about safety because I’m sure Uefa will not take any risk or gambles.

“Russia are organising the World Cup and England having a long history of organising sporting events will make sure the competition is safe.”

A 2015 inquiry concluded that traces of the deadly polonium 210 used to kill the former KGB agent were discovered at the Emirates Stadium having been carried there by prime suspects Andrey Lugovoy and Dmitry Kovtun who watched the 0-0 draw with Litvinenko, who’d been poisoned earlier in the afternoon.

Arteta calls on returning supporters to get behind the team

Blogs sometimes I really wonder if you write for pun or the names are actually true…. I did look up the links to validate

Meh. Football > politics so I agree with wenger on this one

He is very intelligent, so well expressed.

True but is that sweater grey or purple?

This world cup in Russia, then Qatar, then why not have the next in Pablo Escobar’s mansion?

Me2
Reply to  Anonymarse

Yeah got shot in the arse and fell off a roof..

Anonymarse
Reply to  Me2

Dangerous place to be getting shot in the arse

When he was alive, If he’d offered Blatter enough money then FIFA would have been happy to hold the tournament there at that time…

Football–and sport–is not greater than politics. There will be a reckoning one day over the Russian dictator’s murderous arrogance. As long as the West is more concerned with its games and its profits, it will be put off. But it’s coming. Wenger has to be wimpy here because he speaks for the club, not himself; but that was not his finest hour.

Errr…first of all Boris shouldn’t be accusing anyone until there is solid prove. Secondly the guy who got knocked off made his own bed. I don’t see what the whole nonsense is England is about frankly. Sure it may have been more than likely it was a Russian hit but its another thing to jump to conclusion. This is the shadow world we are talking about. Not saying the Russian government is any better than the hypocritical British regime of course. Back to footy, again I don’t see why this nonsense being conjured up by Politicians has anything to do… Read more »

I agree. If this happened to a traitor of the UK in Russia then tough shit. You made your bed

A nerve agent attack in Salisbury? UK citizens hospitalized? This is after a series of similar murders that were practically announced with a wink (polonium, Novichok). Skripal was exchanged for Russian agents; should May be tracking them down and killing them? I don’t care about Boris Johnson, but if you aren’t outraged by what Putin’s done in the UK there’s a real problem.

Hold on, so you’re saying that you think it would be ok for the UK government to sanction the assassination of this hypothetical traitor, as well as one of their offspring (who for all intents and purposes has not been a traitor to Russia), whilst also putting the Russian public in danger (note that a police officer was also affected just because he was doing his job)?

You do also realise that use of chemical weapons is considered a war crime, don’t you?

As much as I want a new manager, I will miss Wenger’s intelligence!

What makes you think that his successor will be any less intelligent?

I’m not suggesting his successor will be any less intelligent.

Intelligence? He just said what any man of ordinary prudence would say. Stop swooning over every quote he makes on matters other than football.

Thing is that, usually, football people are dumb as bricks. So when a manager or player says anything which can be considered logical, we all claim they are very intelligent.

Not saying Wenger isn’t. But nothing in this interview screams ”wow, what a smart man”.

I’m more worried about the team getting a dose of nervous gas before the game.

The Russians may not need gas for that

The question should be would you be happy to travel to Russia as a fan without an armed guard?

Wenger and the players will be well protected. It’s our fans that I’m worried about.

Agree with this, the complete disregard for the fans not only shows the isolation and gap between us and the club. You can keep dressing Wenger’s comments about obvious things as “intelligent” and “classy” but he is just an ordinary intellect espousing ordinary things I just don’t get it. A David Moyes or Mark Hughes could have said exactly the same things. More importantly he is wide off the mark, this is an extremely dangerous situation portentialy for fans. Have we all forgotten the incidents at the World Cup and with normal supporters Andy families caught up in the violence… Read more »

Get Arshavin & Oleg Luzhni to take care of the team safety. .we should be ok

Traces of deadly polonium 210 were found around the Emirates in 2006.

Arsenal started falling off in 2006.