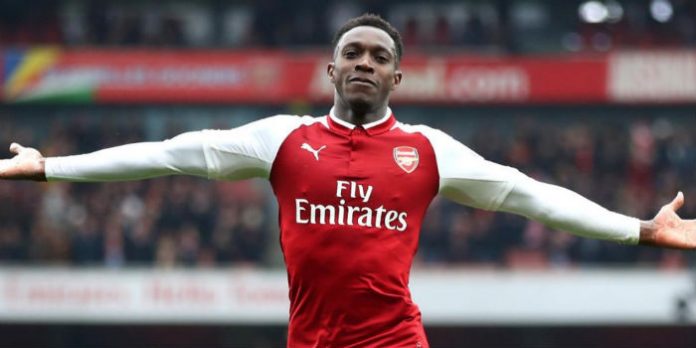 Danny Welbeck says that while it would be the ‘icing on the cake’ to see Arsene Wenger leave the club having guided his team to a trophy, the players don’t need any extra motivation to try and win the Europa League.

The Gunners face Atletico Madrid at the Emirates tomorrow night in the first leg of the semi-final, and there’s a place in the final in Lyon up for grabs.

It was put to the England striker that the players might want to ‘do it for Arsene’, the typically unthinking load of mawkish rubbish that it is, but he was clear that they’re professional and want to win regardless of the circumstances.

“Going into a semi-final in a European competition, you don’t need any extra incentive to win the game,” he said.

“I wanted to win the game before the manager announced he would be leaving, and I want to win it after.

“With the lads, everyone’s focused on winning the tie but obviously at the end of the competition, there would be that icing on the cake to see the manager lift the trophy.”

The former Manchester United man was at Old Trafford when another legacy manager, Alex Ferguson, left the club, and he was asked if there was anything Arsenal could learn from his departure.

“It’s kind of different because it’s a different situation,” he said. “Obviously with managers leaving, different clubs have different ways of approaching these situations.

“Hopefully we can face that in the right way and then hopefully try to move forward in a positive way rather than go down.”

For more on the challenge of Atletico, check out this super bonus extra podcast

Get those scoring boots on, Danny. And defend too.

Welbz has been hitting a good patch of form lately. May the team bring the Europa League trophy to The Emirates. COYG!

Welbz did well to come back from those injuries 🙂

No! you need all the motivation in the world!
not to forget how this side easily loses focus, heart and desire. Or we wouldn’t be 6th in table.

Doesn’t Welbz seem like a thoroughly lovely guy? He’s been pretty damn decent on the pitch too. But he’s right, the players should have wanted to win the Europa league, for themselves, the club, the fans and then the manager. Come on you Gunners.