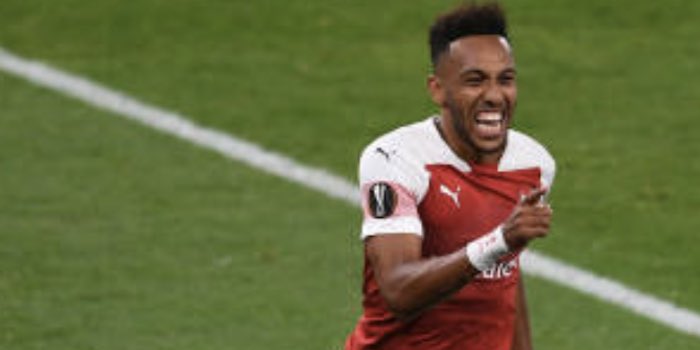 He was asked questions by the reporter which, frankly, were kinda pointless and we could see in his eyes what he was really thinking. His actual answers are in normal type, but what he desperately wanted to say – probably – is in italics.

How much did you enjoy the game?

We played well first half and the beginning of the second as well. We scored goals, but we have to try and improve to fight not to concede goals like the one in the last minute.

It was absolutely awful. I hated scoring and that the team won makes me sick to my very core.

Do Arsenal really want to do well in this competition and win the trophy?

Yes, of course, especially for me because last season I didn’t play in the Europa League with the guys and I’m really happy to be back in this competition. We want to go to the final of course, and I hope we’ll do well in the next games.

No. We don’t. We have no interest in the trophy at all. It’s stupid. Like an elephant with a fridge sellotaped to his arse. In fact, we want to crash out of the Europa League as soon as possible so we can concentrate on our Dungeons and Dragons league that Petr set up for us.

How does it compare to the Premier League for you?

Well, we know that the Premier League is long, a lot of games, but this one we have to win straight away, so the next game will be important also.

Well, one is against teams in England and the other is against teams from Europe. That’s the main comparison I’d make. You play with a ball, against other very supple men. Beyond that, who can possibly say how the two distinct but similar things compare? Not I. Now please, I must away to one of many many fancy automobiles.

Shades of Henry from Auba tonight

He’s far below his peak but already we’ve seen some delicious finishes from Auba. Wait till this guy actually gets going !

Such inane questions. Players must really be patient people to tolerate such without snapping at the reporters; I know I would

Try out Mustafi. My favorite when it comes to dealing with that.

Thank you Blogs, for bringing enjoyment even out of stupid questioning!

Daaaaamn arseblog..back at it again with the humor

Always a joy blogs. Thanks for getting my friday started with a smile

Funny that when one of the most prolific strikers in Europe is played as a striker, he scores goals. Playing him on the wing is not ideal. But what do I know?

Fuck I’d love a Dnd sesh with some of our squad.

And santi… But tbh you could give me almost any job to do and with santi I think I’d enjoy it.