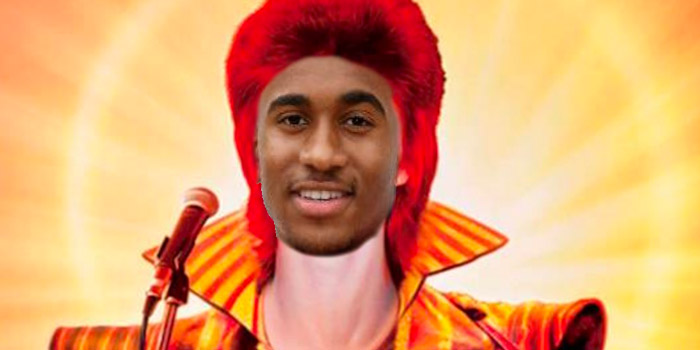 With four goals to his name since his season-long loan spell at Hoffenheim got underway, as well as strikes for England U21s, Reiss Nelson’s star and profile are on the rise.

The forward is one of the most exciting talents to emerge from our academy in recent years, something that the Bundesliga side’s boss Julian Nagelsmann acknowledges.

However, he insists that the 18 year old has got plenty to learn still, and needs to build a long-lasting career rather than one that shines brightly but briefly.

Speaking to Sport1, he said, “Reiss has huge potential to develop. He’s excellent one-on-one with a great drive towards the opposition goal. That’s why we loaned him.

“We must be mindful. Nelson’s scored four goals, two very important ones against Nuremberg, but he’s also had bad games.

“It’s not about being a one-hit wonder, but about delivering good performances over a long period of time. Being the best over 15 years.

“He’s also had negative outliers with us. It’s about delivering the positive outliers consistently, showing those over and over again.

“Be careful when evaluating him. Let him grow in peace and don’t get into his head. It’s not easy to keep your feet on the ground at 18.”

So, in order to say Shaddup You Face to the doubters, the London Boy must build his Fame through hard work, then he can become the Starman we all hope he’ll be. It ain’t easy, but it’ll be Sweet Thing if he does it because he has the potential to be a Future Legend.

It’s Little Wonder hopes are high for him after his recent form, a real sign that the Teenage Wildlife emerging from the academy is top class and his career will hopefully be a Fantastic Voyage.

We can all look forward Five Years when he could be a fixture in the Arsenal first team, but even if things don’t work out chances are he’s good enough to find a New Career in a New Town.

It must bother Blogs to no end that Phil Collins, too, had a long career. Reiss is succeeding against all odds, it must be said.

And, because deer and Phil Collins were mentioned together in a recent Arsecast:

This is all well and good but if Reiss gets on that Christmas CD with Slade, Wham! and The Pogues he can cash in his pension tomorrow.

Few weeks?
How expensive is bread in Germany? ?? ?

Well in Germany instead of dinner the evening meal is often referred to as “abendbrot” which is “evening bread”, so when he talks about bread he might be talking about dinner, which might not be bread at all and could be quite expensive.

On top of that most songs that people write don’t actually make enough money to put bread on the table for even one night, and that’s not to mention songs by adolescent English footballers which so far haven’t faired so well in the German market.

I think a photoshop with Nelson as Prince would be better.
He’s also the Prince of Emirates.

Nice work blogs. I am a big Bowie fan myself so that was just brilliant.

Hopefully he can keep this up, otherwise he might come Under Pressure and the manager might need to make some Changes, at which point he could become a Rock n Roll Suicide and next thing you know it’s Ashes to Ashes. On the other hand if he scores against Bayern he can be a hero, just for one day, and Hoffenheim fans will be Dancing in the Street.

sancho is case in point or the benefits of young players playing at the top level instead of going out on loan at championship sides or vitesse.

this new dortmund-inspired leadership thing is long term thinking that is going to take time. but ramsey has already been replaced, by an academy grad and all. so maybe not as long as what united is having to endure post-fergie.

Vitesse are at the top level of Dutch football.