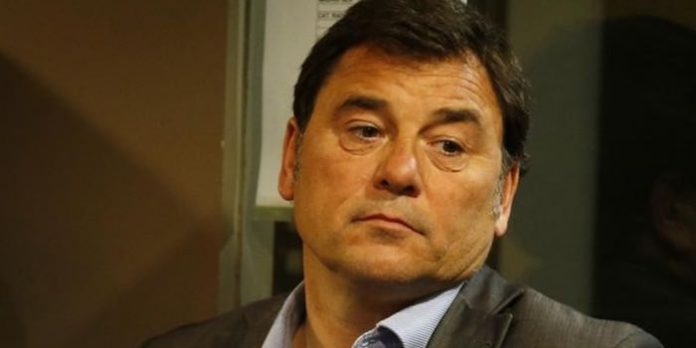 In an excellent interview with Amy Lawrence in today’s Observer, Arsenal’s Head of Football – Raul Sanllehi – says that the club will improve the way they deal with player contracts.

Over the last couple of seasons too many players have been allowed reach the final 12 months of their deals, and the Gunners face the prospect of Aaron Ramsey and Danny Welbeck leaving for free at the end of the current campaign when both would have commanded substantial fees if a decision had been made to sell this summer or before.

Instead, both were retained in a summer of flux, and having to replace them without the benefit of transfer funds coming in will prove a tricky job for Sanllehi, Sven Mislintat and the rest of the football executive team.

However, as Ivan Gazidis – on whose watch this issue developed – departs for AC Milan, the new man is insistent that Arsenal will do better.

“I do believe that a player’s contract should never go to the last year, as a policy,” he said.

“But I don’t think I am inventing the wheel. Anybody could agree on that. Normally the contracts of the players are for five years.

“You need to have a clear idea of what you want to do with that player when he is in the third year, at the latest.”

He also outlined the process through which decisions would be taken, and the fact that new Academy boss Per Mertesacker is included in the group of people responsible for them.

“At the end there is one criterion – is this good or bad for the club?” he continued.

“Is this going to make us stronger or not? We don’t take decisions overnight, on a quick reflection.

A lot of people are involved. People in which we have a high trust. When we reach a decision, it’s for a reason.

“Having someone like Per, his record goes without saying. The club captain from last season, hugely respected by everyone in the game. I think that will really add something.”

Read the full interview in the Observer here

So I suppose this new found “policy” will be applicable after the current players in that situation are gone? and only then right?
So I conclude new contracts for Rambo and Welbz are “bad for the club” per his standards..

Wow. The door is shut.

So I suppose arguments? So I conclude logic?

You’re quite right. He should get off his arse, take his time machine back and fix those contracts in the past.

I think this is a sensible way forward but like Raul said it isn’t rocket science!!! Currently there are three players in their last year that are part of the first team squad. Of these I would like to see Chec & Welbeck given new contracts (although I am not sure Chec will wanna play second fiddle) but Ramsey being sold in January would be the ideal situation, obviously at a reduced price to what it could have been!!!

I wish Arsenal can extends Welbeck contract. We can not have all world class players on the field. And also he is a hard worker and doesn’t complain. COYG 12 STRAIGHT WIN

Yeah seems a shame to let Welbeck go. Great for the big games where we need more defensive security from the front

He gave the ball away for Griezmann’s goal against Atletico at home. Many reasons to hold on to Welbeck, but defensive security is not amongst them.

I wonder how much Nelson’s progress will inform the Welbeck contract situation.

I can’t understand why anyone things its a blow to lose Gazuseless. He’s failed on so many parts of his job and earned a fucking fortune. This Sanhelli guy is a different gravy, you don’t spend all that time running Barcelona if you don’t know what you’re doing. Exciting times, most of the deadwood now out of our great club.

Glad to see somehow at the club has some bloody common sense..about time

What I get from this interview is Per will be a great manager or executive one day.

It really does feel like that start of a new era for the club, all the way through , no longer the old boys club, but a more dynamic modern approach with proper football people running things, making proper decisions.
I still worry about the kronkes, but we do seem to be moving in the right direction… About time.