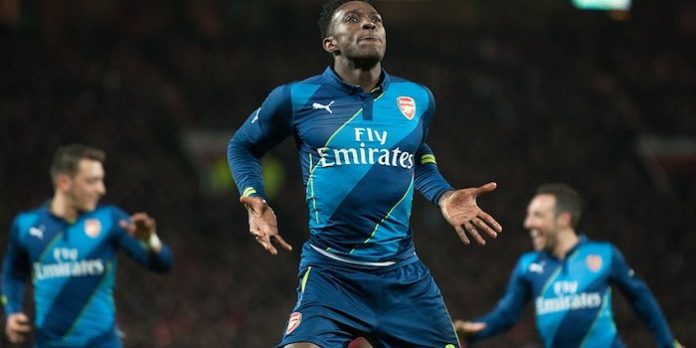 Arsenal’s FA Cup fourth round clash with Manchester United will take place at the Emirates on 25 January at 7.55pm. The match will be broadcast in the UK on the BBC.

The Gunners were drawn against Ole Gunnar Solksjaer’s side following last week’s 3-0 win against Blackpool.

In the cup, our record against the Red Devils isn’t too shabby. As Opta Joe points out, no club has eliminated them from the FA Cup more times, seven in total.

That said, of the 15 ties played, they’ve won seven as well and there’s been a single draw – the 1st leg of the ’99 semi-final.

7 – @Arsenal have eliminated Man Utd from the FA Cup on more occasions than any other side in the competition (including final victories). Clash. #FACupDraw pic.twitter.com/vECSKmWrnI

The two sides are also the most decorated in the competition’s history. We lead the way with 13 trophies to United’s 12.

Wow, last time we played a match on a Friday night was Laca’s PL debut where he scored after a minute

And Giroud’s late, great header secured us the 3 points. Still miss that man, even though he’d hardly get a look in with our current strikers.

We’re still Gunna beat them! Make it 8 wins!
A broke man is an angry man. COYG!

Too bad Danny can’t play. Would’ve loved to see him replicate his celebration from the OT game a few years ago…

Not having Danny is going to cost us 6-8 points this season. I can just feel it. Such a shame

We are the Friday night Burton! ??? Seriously tho,I’ll be chuffed if the scoreline is under 5-0,can’t take another dose of what Liverpool gave us at Anfield.Bar is lowered,hope the boys don’t make me regret even that ??

Loved that performance at Old Trafford in 14/15. It was controlled and dominant on a ground that we have failed several times to stamp our authority. Carzola, Sanchez and Ozil were magnificent on the day.

I wonder why we did not use that game as a template for the rest of our season. Looking forward to this game though, hope we can play to our players full potential rather than sitting back.

I thought Özil is never good against the big 6. Oh, yes, United wasn’t in the big 6 then. Or?

We always had once-a-season template performance and that has always been the problem. CONSISTENCY.
The 3-0 against the Mancs at the emirates when Theo had the performance of his lifetime, the 2-0 against the oil barons at the etihad all come to mind. Gosh, the airlines I keep mentioning as though they are stadium names, lol.

You cud have edited RVP out of that picture like he is out of everything Arsenal!

If Cashley can be around, so can the treacherous man inside that little boy.

So great to see behind Danny, Mesut and Santi. What a pair it was…

Well looking forward to this. Love that it’s on the BBC, something quite charming about it being on good ol’ terrestrial telly.

Friday night as well, few beers and that. Decent.

Imagine we beat Chelsea the next Saturday then win this one…

Yes, you can almost see the Arsenal Gent hunting for the remote control for his 26″ Bang and Olufsen.
Poor bugger’s going to be rather put out when he finds out the hard way that analogue TV is no more.

Off topic but how horrible was that blue away kit? Adidas can’t come soon enough.

That game at OT has to be my favorite from 14/15 season, along with Santi masterclass at Etihad and the 4-1 against Liverpool. Winning the cup got me quite hopeful for the following season. Sigh.

Sour grapes, but a bit unfair that last time we played Utd in the cup BBC made 8,000 of us travel to Manchester on a Monday night with a reduced train service, when this time round Utd fans get to tag a nice weekend in London to their trip.

I suppose most Utd fans live in London or the home counties anyway so the trip in kinda irrelevant, but still.

After Carzola left, Ozil was left with a really unbalanced midfield to work with. His stats alongside Santi and even Arteta were incredible, but after Santi left, he had to start coming deeper to help transition play from defence to midfield, the from midfield to the attack. Ramsey and Xhaka, as good as they are as individuals, they just didn’t offer the team the platform that our forwards or defence needed to really thrive. Carzola needs greater appreciation. Ozil wouldn’t have the stats he has if it wasn’t for Carzola and Arteta. Just goes to show how the team as… Read more »

I really miss Santi. I started watching Villarreal just for him. Such a joy to watch and an infectious smile, he gave me the joy of watching Ronaldinho.

Wenger unearthed a gem there. Two footed genius who could hold the ball in midfield for us.

We miss this sort of player.

Contrary to what some people like to inflate, Torreira is not as capable as Santi.

Probably the reason why Unai is interested in the potential of Dennis Suarez.

At the same time, isn’t this why Ozil is called a luxury player?

I remember watching Ozil’s best XI. He put Santi out of all the world class midfield he played with. I think looking at Denis Suarez, I can see a bit of Santi in the way he dribles. I hope he’s the signing that makes everything clicks.

Once again making excuses for the “new regime”. Sanheli and Mslintat have been in charge for quite a while now. Last January they made a big mistake selling Alexis instead to United and laying us prey to Raiolla’s dictates. We ended up with another ex-Dortmund player Mhkitaryan in a position we did not need reinforcement. We also neglected to extend Ramsey instead funneled funds to Mhki’s salary. On top of that, we let Mahrez go…eventually to City late on in window whenw e were in need of a wide player and the Algerian was looking for a move. It wasn’t… Read more »

Some report that Juve are purportedly willing to send Benatia the other way to us for Ramsey. Frankly don’t see that happening. Good defender but too old to tie down to long term contract. We should be looking at a younger asset if anything we should have not been so pennywise pound foolish last summer signing Sokratis and Lichsteiner. We should frankly also revisit Ramsey’s contract rather than be so haughty in attitude. Mslintat/Sanheli should have extended him last January when we had the chance. Instead they brought in Mhkitaryan another pass and play type like Ozil and Ramsey when… Read more »

1999 still grates my soul! If only Denis had stuck the penalty away Manure would not have won League, Cup and CL – it was such a turning point for the whole season when we would have had another double.

(The 1979 roller coaster victory over-shadows other semi-final defeats that I had to witness. )