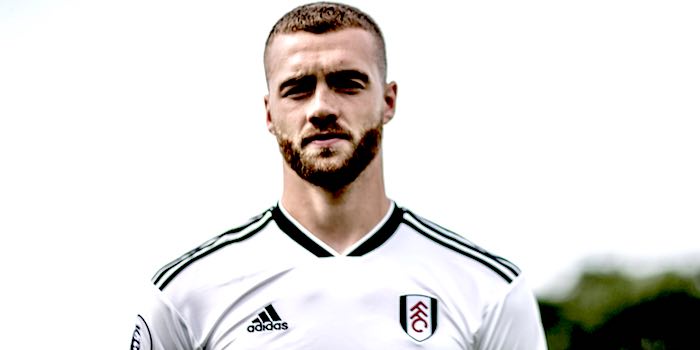 The 24-year-old moved to Craven Cottage on a season-long loan in the summer with a view to gaining more Premier League experience as a central defender but since November has featured consistently as a holding midfielder.

While not a complete novice as a midfield anchor – Arsene Wenger fielded him there a couple of times during the 2014/15 season – playing 13 games in the role for Claudio Ranieri, and impressing, suggests this season’s experiment may not be a flash in the pan.

Reflecting on his adaptation, Chambers admitted that he’s benefitted from the expertise of Parker – now on Fulham’s training staff after ending his career there in 2017 – and that he’s enjoying the newfound responsibility.

“He [Parker] has been a big help,” he told Sky Sports. “It’s the little details. We do drills after training together just to work on my body shape when receiving the ball and turning with the ball. It is the one-touch play and stuff like that.

“To be honest, it has been enjoyable,” he added. “As each game comes and goes I am feeling more comfortable. I am getting used to seeing these pictures and when scenarios come along in games I already know the picture because I have seen it before so I know where to play the ball. My touch has already improved massively and my vision as well.

“The Premier League is quick anyway but to go from centre-half, where everything is in front of you, is a massive difference. You have got to be swivelling 360 all the time so that’s been the thing I have had to get used to the most, playing on the turn and having a picture in your head of what’s around you. It definitely sharpens you up and improves you.”

In a recent Arsecast [full transcript, here], the BBC’s David Ornstein revealed that Arsenal weighed up prematurely ending Chambers’ loan at Fulham during January’s defensive injury crisis. In the end, it was decided that the costs associated with the decision were too big to bother.

Quite what Chambers’ long-term future holds is up for debate. Handing him a four-year contract extension last summer was a big show of faith in his ability but it also protected his value. As a versatile, young English talent, a sale at the end of the season could well unlock cash for us to invest elsewhere.

Arteta confirms Chambers surgery & his desire to recruit in January

It does make you wonder what fee we could demand for him. I’m not sure what his wages are or whether they would be an issue, but on the face of it, a young English talent like him could surely get us somewhere between 20-30 million?

We always seem to manage to not get that

Why are you talking about transfer fees instead of seeing him as part of our solutions to defensive issues both at the back or in the middle?

I would certainly prefer that, if he’s up to the job

Why even consider selling him? When he was loaned out he was our best central defender. In his new role at Fulham he is proving what a good all round player he is.

He isn’t our best central defender at the time but a good player but Why was he loaned out in the first place?

After 2 years of mustafi they could have realized he wasn’t good enough and transferred him out and got something similar for him in funds and invested that into this years squad.

He will end up a good overall player, but I fear he’s just not going to be enough for an Arsenal midfielder.

I would hope he is the Mustafi replacement next year. While we add atleast one quality CB to plan the replacement for Monreal and Kos.

Surely Fulham’s defence couldn’t get any worse. I would Mustafi is an upgrade on some of the dross they have Odoi looks completely out of his depth

Just silly. Mustafi would play regularly in most Premier League sides; he is much better than people think, despite his mistakes. Which does not mean he is good enough for a Champions League-level side.

Training with Scott Parker! A spud friend used to call him Scott 360 Parker because all he ever did was receive the ball, spin round in a circle then lay it off to the nearest team mate.
To hell with the cost, bring him back now before he’s ruined!
Get out while you can Callum!

I’m keen to understand why you think this is a bad thing? When playing from the back, Chambers will be responsible for receiving the ball from the defence and linking play with the more advanced players. If he’s not able to build a picture of what is around him prior to receiving the ball, the simple action of ‘laying it off to the nearest team mate’ suddenly becomes a nightmare (based on the speed of the game). Personally I think there is beauty in simplicity. Not sure if you’ve seen ‘Take the Ball, Pass the Ball’ (a documentary on the… Read more »

The guy I sit next to at the Emirates happily proclaims Gilberto Silva as his worst ever Arsenal player as all he did was “get the ball and pass backwards”. I used to quite like Scott Parker!

Well, how he could not hand denilson that title… Gilberto wasnt world class but he ledet a big big hole in our spine, letting Him leave without any half decent cover was a massive Mistake.

It was a fairly tongue in cheek post. No need to worry too much

Chambers is slower than Xhaka and Fulham’s defence is one of the worst in Premier League history, so I wouldn’t say he is the answer to all our ills

I think he will stay at Arsenal next season and after that the board will decide his future. I’m saying this just because we’ll be short in home-grown players after Dany, Rambo and Jenko’s departures this summer and anyway it will be good to have him next season and see the twins (him and Holding) in some games xD

I’d have to agree, shifting him on makes even more work for us unless there a load of youngsters ready to be promoted

At the moment we have Xhaka, and Guendouzi and Torreira all ahead of him in the DM position but if Elneny is going then there is place for four in the squad.

Remember he is also a good centre half

Well Xhaka is not a DM and Guendouzi is for me more box to box kind of player, he can develop into one. Torreira has good numbers as a DM but for me he is pushed far to easily off the ball and in the PL you dont get a freekick for being short and skinny. He´s 168 and 60k. Fernandinho looks small but he´s 179. Then look at Matic adn other genuine DM´s and you know that we still need a proper solution in the heart of the team. The only time Man City has stopped working is when… Read more »

He is getting valuable experience of what it takes in a relegation scrap again. Best performer in a poor team

Yeah have a look at his interception stats. Best in the league! Torreira doesn’t even make the top 7 on that list. Just saying.

Imo its great for us, that he is being used in midfield rather than defence. Since teams in the lower end usually have a type of no nonsense defenders who just toss the ball upfield and hope for the best. This way he will definitely improve his abilities on the ball, and more likely to be a cb in a more ambitious team, where its only a good thing (sometimes necessary) to be good on the ball.

I’d sell him if the right offer came in. It would be good for the club to actually sell someone for a profit for once, especially a player we dont really need

We won’t make a profit on him. We bought for 16 million, (plus how many years wages), nobody would pay that for him now.

Still find it curious that we loaned him out this season after signing him to a new deal, but there are so many things about the club I don’t comprehend this season. Chambers is strong, good in the air, relatively quick, versatile, and young — with proper coaching (he’s suddenly become a very effective midfielder) and a good group around him, he should become a premier centreback in the league, and I hope with Arsenal. Chambers, Holding, and Mavropanos represent a goldmine of talent that are ready to be taken to the next level.

Surely, we must keep him in the squad next season. He’s only gone from strength to strength every season. I’d like to see him paired with Holding.

I hope we keep him, too, even as a squad player. Would have been useful to have him around to cover RB this season, too.

Really excited to see what him and Holding, two self aware and decently adept with ball at feet CBs, can bring to the table. We might have an aging back line but our future defence that includes Mavropanos hopefully, looks quite bright from afar

One thing that Arsene and Unai, and really most top managers have in common is their preference for versatile players even if their own system is fairly rigid. Callum can be important without being great at Arsenal with the skill set he is acquiring, usurping Elneny and providing depth for our CB and even deeper cover for RB.
He is becoming what we wished Vermaelen would be back when people here, utterly convinced the solution to our DM crisis was putting him in, used to trash Wenger for his lack of ideas.

I honestly can’t take it anymore the club they don’t have now when they had money they couldn’t find the players that could improve the team it us 1step forward and 2 back.
I honestly don’t even watch the games they play anymore.

Holding and chambers defence could be an interesting one. Both are improving their passing games and allow Unai to build from the back. As soon as we can get a left back who can pass.

In the meantime we could play three at the back with chambers, holding and monreal. Should Kos retire