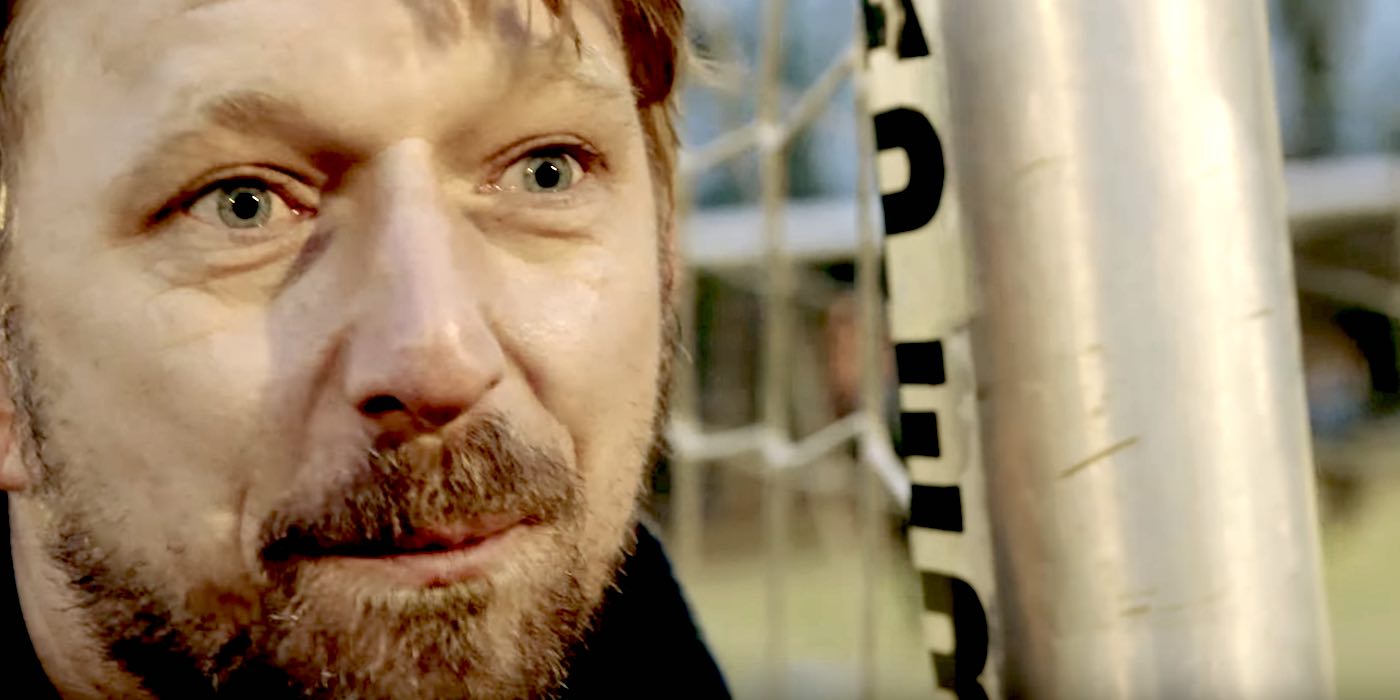 Unai Emery says he’s had a good relationship with Sven Mislintat, as the current Head of Recruitment gets set to leave the club tomorrow, but says he’s not exactly sure of the reasons for his departure.

As links to former Sevilla Director of Football, Monchi, grow – as revealed by David Ornstein on the Arsecast this week – it seems unlikely that the head coach isn’t fully aware of the circumstances, but in typical Arsenal fashion is playing his cards close to his chest.

Speaking to the press about Mislintat today, the Spaniard said, “I have been working with him for eight months and my relationship with him is good.

Also, when I arrived here, there were young players coming here, and they decided to because his responsibility is with some players.

“I think he has a very good scouting responsibility for his past and his present. I worked well with him but after, it is one decision between the club and him.

“I don’t know exactly all but I respect him and the club. I worked well with him and I wish good luck for him in his future.”

The situation has certainly had an effect on the January transfer window, and given the German’s operational methods which see him put months and months of work into potential signings, it will likely have some kind of a knock-on effect for the summer too.

The sooner Arsenal can replace him the better, with appointments expected to be made for the positions of Technical Director (Monchi, Overmars), and Head of Scouting (Francis Cagigao), but the bottom line is we’re losing a man very highly regarded across European football and someone who brought us the future of our midfield this summer for a little over £30m.

When you consider United spent almost twice that on Fredba-Fredba it shows his eye for young talent, so let’s hope the next man can replicate some of that.

There are rumours that Mislintat is being lined up by another Premier League team to head up their recruitment department.

Arsenal signings during Sven Mislintat’s tenure as Head of Recruitment

*we’re not including Denis Suarez because it’s only a loan deal and not one which Sven was involved in anyway.

What can be worse than our rivals pouring billions of cash into building their squads? Our own recruit magician going to our rival and doing it’s magic there.. that would be painfull..
Ah Raul.. better work your ass off otherwise..
Frustrate..

“We had to let Sven go because his weird starey eyes were creeping the players out when he wished them good luck before each game”.

Can’t fu**in’ wait for that Wenger book, if he really writes one. The only chance we have to ever get a glimpse at what’s really happening behind the scenes at this Football Club.

I hope that’s why Le Prof is quiet at the moment, getting it all down while it’s fresh in his mind. It’s not going to be ghostwritten, that’s for sure.

It will be full of Wengerisms then

Hope he takes the handbrake off when he’s writing. Maybe I can get an autographed book from him, it will be like a new signing.

I dunno, I can’t see someone who values loyalty so much ratting out the club he managed for 22 years. If he has a chip on his shoulder, maybe. He’s a man of class too though. Maybe he’ll put certain text in italics to let us know he’s grinning from ear to ear when telling his story.

I don’t see him writing a book before the end of his career. He is apparently about to start working again.

I don’t see him writing a book, Arsene has got far too much class to go dragging friends and ex colleagues names through the mud.

Arsene is far too modest to write a book about himself. It’s as simple as that.

When Wenger left and we got the top guys from Dortmund, Barcelona and PSG, it seemed a solid foundation. However the political power play is shaking the same.

I certainly hope Mislintat doesn’t go to another PL team.

If he’s going to another team surely he’s going to a team that needs to count their pennies just as we appear to have to do…why would we care if he goes to Man City or Liverpool etc…they can buy who they want and spend what they want anyway. Funny how he was linked with Bayern and yet that rumour soon died down.

The nightmare if he goes to the homeless team…

My money is on Everton.

Maybe it’s United? They’ve spunked away a good deal of money on failed signings since Fergie retired. And they don’t currently have a manager to protest the appointment.

As Eric Burdon would say…

I’m not so coy. Emery is just being polite. He has been hit and Miss Mslintat. And yes Raul also culpable. 1) Last Jan Wenger needed a Rwinger. Mahrez available with preferred move to London. Instead we back ourselves into a corner with opting not to sell to City (Alexis’s preferred choice) and leaving ourselves to the mercy of Raiolla and United. We bring in low hangiing fruit (ex Dotrmund 29yr old) in a position that we already have 2 (Ramsey and Ozil) 2) Last summer we had opportunity to resolve long standing issues at Cback. Instead we monkey around… Read more »

Wow. First time you wrote a post that wasn’t pure horseshit. I actually agree with most of what you said.

You aren’t wrong about Wenger and Unai and the missed opportunities of our transfer business, but for the one thousandth time, Mahrez is overrated and overpriced and the last thing we needed was a(nother) soft player — killer left foot, yes, but it’s not worth 60 million pounds. You annoyingly underrate Aubameyang (were we playing Wengerball still, he’d be in the 20s for PL goals scored, easily) and your summer-long tirade of calling Sokratis slow and fat has proven widely (aghem) off the mark. Auba added star quality to the lineup, and his partnership with Laca has been one of… Read more »

Torreira has the potential to be world class. He is a special player!

Weak (Gazidis), unambitious (Stan), conniving (Raul) people are ruining everything built in the 90s and early 00s. Ridiculous things going on. And I repeat: Arsene was never the problem. NOW we’ll see the full extent of the rot the Kroenkes have caused.

People trying to say Arsene was never the problem seem to be re-writing history but I guess that’s OK. Personally instead of looking back we need to be looking forward. From things looking relatively settled after the upheaval of a manager of 22 years leaving it now seems like everything has been thrown up into the air and we are literally waiting to see how and where things land.

Wait, I’m not quite sure your points go hand in hand. You’re insinuating Arsene was the problem, yet looking forward, now there’s no plan from those currently in charge? OK then.

Classic revisionism. “Let us go back to Egypt, we were fed better there” is what they would say. Wenger was not the whole problem for sure, but ultimately for someone who made clear ALL football decisions went past him, how can he not also be culpable? Was it Stan that to Wenger to ignore the likes of VVD and instead spend almost 40M on Mustafi, whilst we skid Valencia ready-made better replacement for a quarter of the price of Mustafi….a player of OURS? Was it Stan that told Wenger to not buy DMs? To persist with the same similar type… Read more »

Really think the ‘power struggle with Raul’ story is smoke and mirrors aimed at distracting fans from the real issue: Arsenal’s (very) limited net transfer spend for the foreseeable future. Sven likely left because the £600m in Deutsche Bank loans is in the CLUB’s name (used to immediately pay Kroenke a ‘special dividend’ which he, in turn, used to purchase Usamanov’s shares). It is like paying for another Emirates Stadium, however this time with nothing to show for it apart from Kroenke cementing his stranglehold on the club. Sven did well ‘unearthing diamonds’ at Dortmund. However, resourcefulness alone is insufficient… Read more »

He left because he’s back in the studio with Jonny Greenwood working on a new album and all this football nonsense was getting in the way of his art.

that picture disturbs my mind.

I was all confident on Sven, but not so much with Raul. Somewhere in back of my mind i always thought what if the politics that take place for power control in barcelona and real madrid happens at our club and thats what has happened. The presidents of the other two clubs can spend cash to please their fans even with greater debt accumulated by those signings but we cant. Also regarding Monchi i dont know if he is more on scouting side or sales, because the list of players that i came across was not really attractive ones but… Read more »

Emery is the Head Coach and clearly only cares about the footballing side of The Arsenal – which is absolutely fine by me.

After years of hearing how our manager was attending meetings to discuss the bloody catering of Emirates stadium, this is a much welcomed change…

It’s obvious that whilst Emery still has an input into important matters for the club, he doesn’t get bogged down by the politics or things that shouldn’t concern him.

On topic; if Monchi is the man that comes in to replace Mislintat then it really wouldn’t be a bad situation at all…

Emery is the main cause of departures, what he did in PSG is what he’s doing here. Arsenal have very good players but he’s causing instability in the team. Come next year almost all players will be leaving.

What makes you think that Mislintat brought Torreira? Take a look at all the summer transfer announcements and Emery’s words in each of them. It seems obvious to me that Torreira was an Emery signing.

No he wasn’t. Emery spoke to Torreira but he was scouted by Mislintat.

When Emery has finished learning English his answer to this question would be “Don’t ask me. Nobody tells me nuffink round ‘ere.”