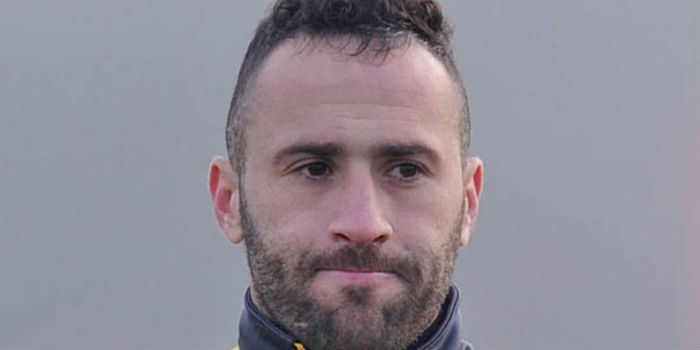 David Ospina believes Napoli have cold feet about selecting him at the moment because an appearance-based clause inserted in his loan contract will force a permanent transfer on both parties in the summer.

Recognising that the Colombian’s doesn’t have a long-term future at the Emirates, Arsenal are thought to have insisted on the clause when they agreed to loan the keeper to the Serie A side in August.

The 30-year-old went on to feature 17 times in the first half of the season, including all six of Napoli’s Champions League group stage matches, but has fallen out of favour in recent weeks now that fellow summer signing Alex Meret has recovered from a broken arm.

“My current situation is that I am on loan for this season and there is a clause based on a certain number of games, where if I play, the transfer will become an automatic purchase,” Ospina said.

“When the situation does not depend on me, all I can do is wait for the decision to be made, which in this case is from Napoli. The club had just made a great purchase with [Alex] Meret, who is a young goalkeeper with a great future, so I knew that when he came, this might happen.

“He is a great goalkeeper, and we have a great relationship. I’m sure he will be a very important player in the future.”

If Napoli don’t view Ospina as a first choice keeper, you can certainly understand why they’ve chosen to bench him. It’s a strange situation for the player; would he want to move to a club knowing he’s not the first choice? At 30-years-old, you’d imagine he wants regular football, so maybe not. It’s probably why he sounds so resigned to spending time on the sidelines.

Ospina is a Colombian international keeper with years left on the clock and tons of experience in top leagues and the CL. Yet the Arsenal board can’t even flog him for a few million in an obscene transfer market. Utterly useless from top to bottom.

International keeper or not, he’s not good enough for a top club and earns too much to go to a smaller club. A familiar problem with Arsenal players.

Spot freakin’ on. He’s a bang average keeper who came from a relegated French club when we signed him and he was a Colombian international then and now. Wages is a problem of the Arsenal era and this is one obvious example. We overpaid average players to choose us so that we remain competitive in times when we were cash strapped with the stadium. One good thing was Ospina didn’t complain while at Arsenal and for that I have nothing to complain about. About time he moves on and so does Arsenal getting rid of a lot of Arsene’s deadwood.

He was the Nice keeper. Nice never got relegated

He did a good job for us. I do not think we missed top four because of him. I should say, we did not get eliminated from the FA Cup because of him. Wasn’t playing a lot of league games.

Nope, other teams just arent willing to buy him. Could be wages. Could be footballing reasons. Could be the player not wanting to leave. But i really doubt that the people who work for a massive football club like Arsenal, are incapable of simple negotiations.

People act like Arsenal are always to blame for every little thing.

We don’t have a stellar record in this dept, but this is a report about Napoli’s decision-making and people want to turn it into a criticism of Arsenal. It’s absurd. The problem is Alex Meret is a young keeper with very high potential, as Ospina says. Come on people, we’re not always the bad guys.

Arsenal inserted a clause in his contract we did not want Barcelona to put in Dennis Suarez contract.

Have you thought that the reason we haven’t sold him is that despite his experience he is not a very good keeper.

Agreed! Why are we so crap at selling players? Only exemption lately was probably the Ox

Yet reports are that we want to pay £10m for Burnley’s third choice keeper to replace Cech in the summer?

Before Everton went wild last summer, keepers could be bought very cheaply and still seem inexpensive compared with other positions. This is a vital component to a good defence, go out and buy the best English keeper around and it will still cost less than Suarez.

We signed him in 2014 and haven’t extended his contract since, as far as I know. For how many years he has signed initially, if he’s still under contract with us next season?

It can surely only be one more season

According to transfermarkt.com he seems to be under contract with us until June 2020. Glad about that, because otherwise it would be an insanely stupid deal from Arsenal perspective. If he was free this summer and Napoli actually wanted him, then they could just not use him anymore to fulfill this contract obligation, but already sign a pre contract for next season with the player and get him for free in summer.

I suppose he will return to us and then be sold.

Napoli wouldn’t mind a permanent purchase if he were that good! He’s an okay goalie but his limitations can’t be trained. It’s obvious!

Ospina actually is a decent keeper and has great reactions.

But hampered somewhat by his height for PL.

May still be a very good option in Spain or Italy.

Put it this way, Leno isn’t that much better but for more height and physical presence.

I don’t remember Leno throwing the ball into his own net, standing behind his goal line to make a save or always going down injured after catching the ball…

On top of that, he’s only 26 years old and is adapting to the toughest league in Europe. He’s made one or 2 errors but he’s also made some fantastic saves and seems much more assured and confident than most of the keepers we’ve had over the last 10 years.

Ospina was 26 the he joined us yet has had about a tenth of the good will Leno receives from fans while also “adapting to the toughest league in Europe”.

I think Leno’s a decent keeper, but he’s had a few clangers in his time too (the comedy own goal when at Leverkusen, which he almost recreated for us against Brentford spring to mind).

Not saying he should be our no1, but Ospina is a decent keeper, and I’m not sure why Arsenal fans seem think he’s bad.

You’re right. Like Almunia he is great shot stopper in terms of instinct, leap with a great spring effect. Neither the best nor the worst in terms of reading the game from opposing attack.

I wonder if part of the issue is due to him having an expiring contract – why would you pay €7,000,000 (or around thay figure) for instance for a GK who will be free in a few months time? – smart business from a Napoli perspective. However, Arsenal shouldn’t be letting players go like this (Ramsey, Ospina, Wilshere, Sanchez) – the scary thing is in 2021, Aubameyang, Ozil, Mkhytarian, Sokratis and Mustafi are all out of contract – that’s two years away… easily about £150,000,000 worth of players potentially going on a free… not to mention Koscielney in 2020. Danny… Read more »

According to transfermarkt.com, he is with us until summer of 2020, so no cheap tricks possible from the Napoli side in this scenario. If they want to secure him, they need to pay what has been agreed. Alternatively they may want to risk it and renegotiate with us next summer, where we will have the possibility – provided that anyone is interested at all – to sell him for more money to another club. According to transfermarkt his current value seems to be just 5 million €. I am not very scared by the 2021 situation you mentioned right now,… Read more »

I don’t believe you can insert a buy clause in a players contract that is expiring on the loan club. I’m sure he has signed extensions and probably has year left or two

He doesn’t seem particularly that much different from Leno, for me at least. Both can’t claim a cross to save their life but are decent shot stoppers. I suppose Leno has time to learn and is taller, but there doesn’t seem a huge gulf in quality between the two.

Ospina is not a very good keeper on a high salary.
That is the problem…
I see that PSG are looking at Guendouzi and Arsenal have been very quick to name a bidding price – says everything about Arsenal and Kroenke’s intentions.
Whether this is true or not is another thing…
But it would not surprise me at all.
I do believe that Kroenke is looking to strip the club of all its worthwhile assets…

We’re at a point where every player has a price, it doesn’t mean we’re going to sell him but from a business sense if an asset can be sold after a year with a big profit that’s always possible.

Elneny, Jenkinson, Ospina the former two no one wants even for next to free.

The problem is they don’t bring in the money a high value player will. If we sell Guendouzi for 60 million we could fund our defensive rebuild

So who’s going to be our second choice keeper next season; Martinez?

I Expect Martinez will be gone this summer too

Probably one of the many overaged ‘young’ keepers we’ve got, though I’d rather shift them in and trust someone younger

It’s the first choice keeper thst worries me. Leno is clearly not good enough and only a taller version of Ospina.

Leno can get better but currently he isn’t even fourth choice for Germany just saying.

He is a good goalie. He has trash defense in front of him.

As I mentioned, the current transfer team is doing no better selling our players and it has nothing to do with Wenger or Dick Law.

We’re in such a weak selling position, a player earning over inflated wages, who won’t be in demand, and we quite obviously don’t really want to keep….