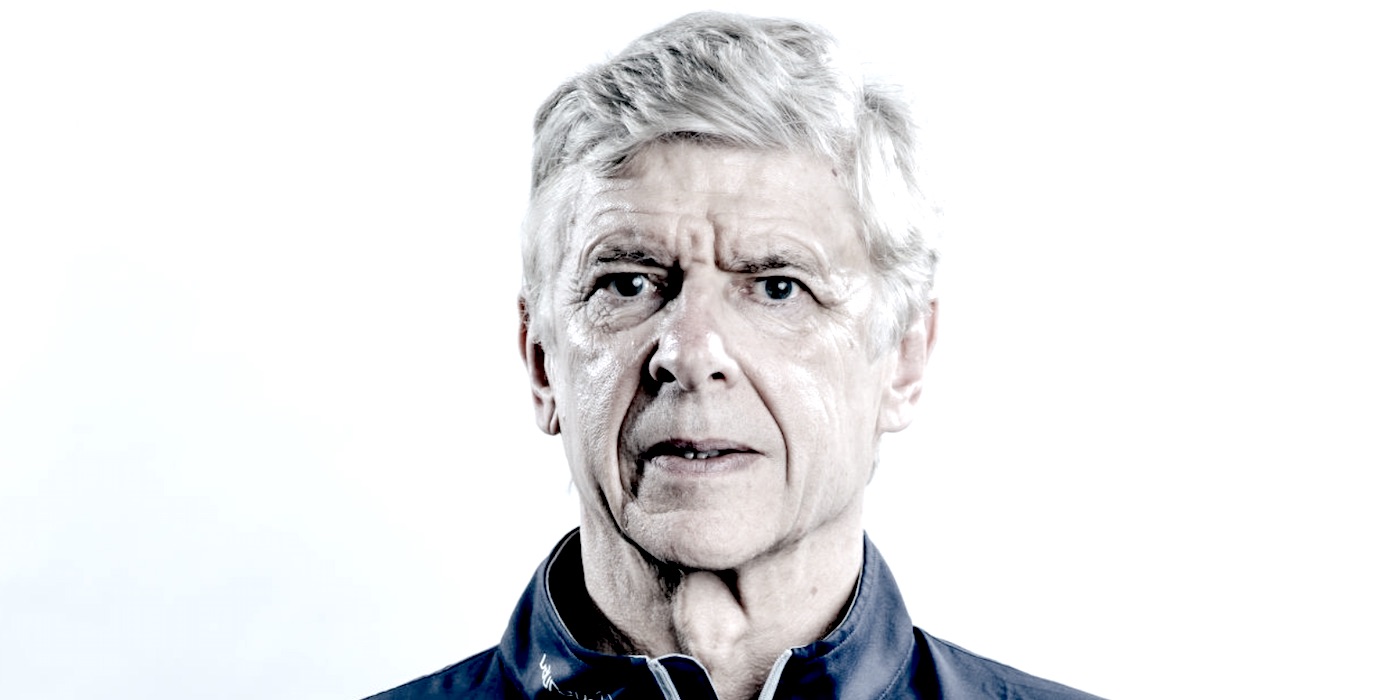 Arsene Wenger has spent a year out of management, but yesterday met the press at the launch of Playmaker, a sports data service he has invested in.

The question of his possible return to management was high on the agenda, but so too the current goings-on at Arsenal with the Europa League final on the horizon.

The issue of Henrikh Mkhitaryan’s absence from the squad, and the difficulties of fans getting to the were things he touched on.

“That’s something that should not happen in football, inside Europe with very sophisticated democracies, that politically you cannot play a football game,” said the former boss, before turning his attention to the fact that Arsenal and Chelsea have barely sold 5000 tickets between them, and have actually returned some to UEFA.

“It’s a little bit of a nightmare,” he said. “The teams do not have such a problem, they live in ideal conditions, they have a private jet, they have nice business seats; it’s the fans.”

“I support Arsenal and that will be forever. They are my club. I have given my life to this club but I managed quite well to focus on something different.

As for his own future, he is sure a return to football is on the cards, but in which capacity remains the question.

“I will go back into football, for sure,” he said. ‘In what position I don’t know, whether that is as a manager or not. The appetite, the desire, is still there

“Originally I said I want to manage straight away again. After that I thought maybe I take a little distance. I came to the conclusion that I want to share what I learned in my life.

“Because life is only useful if at some stage you share what you know. In what way will it be – will it be just winning football games or in another way – that’s what I have to decide.

“That decision will come very quickly. Football is still my passion; that’s the only thing I have a little bit of a feeling I know a little bit about.”

Read both Wenger pieces by Amy Lawrence on the Guardian: Part 1 – Part 2

Interesting he doesn’t mention losing just playing badly. I’d love to know what he thinks of the current style but he’s too diplomatic to ever criticise

such a great spot!

Greatest manager and one of our top fans (excluding me and most making comments on here, of course).

Would love him to be in an advisory role at Arsenal.

I miss this guy ‘a little bit’ a lot.

Let’s go get him and he’ll be like a new signing!

Funny thing is I was at a meeting with one of the PM co-founders when he received the new about Arsene Wenger investing, almost 2 months ago. I was giddy.

It probably won’t change anything, those with the most money will still win

What a nihilistic view of sports. Why even bother then? Personally I’m more in view with Wenger’s thoughts on football; it’s not all about winning trophies. I also enjoy seeing academy and youth prospect develop, flourish and express their full abilities. I love the sight of saying “I was there” when that young kid first displayed his immense potential. This is not a technology about winning and losing, but helps to develop young players. I don’t see how your comment changes any of that. Should we not do everything within our capabilities to develop our players? Or should just ship… Read more »

Nothing nihilistic about it just an observation. Wenger’s view on football was as long as he got paid his £12.5m a year he wasn’t much bothered about results, in fact he spent 10 years lowering expectations to make his job safer and less depended on those results! The way you admittedly briefly described this software won’t change anything nor help with development, it will only subjectively measure perceived quality. Coaches will still have to coach on the training ground, so no change there. I’m all for entrepreneurialism, but the measuring of performance stats and technical ability is notoriously difficult, the… Read more »

Funny that Wenger has invested in this considering he was so against using this technology when he was Arsenal manager.

Yeah I did consider that at first, but I imagine now he’s out of his management bubble, he’s more open and aware to how the world around his has changed.

I also suspect this tech is more focused on technical ability, which I imagine Wenger is much more interested in.

Miss Arsene’s excellent press conferences and interviews.
Love how their is always some wisdom behind his words, no matter the topic.
I hope he gets to manage a super club and gets the respect he deserves.

Ooh, I’d love to make that miss a missus.

He won’t manage any club ever again, I guarantee it. Whilst it’s nice to see him pop up every now and again, that doesn’t change the fact that he was completely left in the dust as a football manager

I wasn’t sure this was true, until I saw that you guaranteed it. Thanks for letting us know.

You’re welcome, that one’s for free ?

How to get Arsene Wenger’s contact? Wish to call him for an event!

You can try contacting the club with the details of what you want to pass on.

Hmm that would be a long shot

“I support Arsenal and that will be forever. They are my club.”

What a legend. Top man, top manager and top fan as well!

Interesting that “the greatest manager in history” can’t get a new job, isn’t it?

He has said he’s turned down a number of offers because he actually enjoyed some time away from it all. Nothing to do with him not being able to land a new job.

Come on, Fatgooner, you know you love him, even though that makes you uncomfortable. It’s real, and it’s ok.

He is not Mourinho (may even be one of the greatest manager in your eyes?). He can get a job, whenever he wants. Including a managerial job.

Little by little over the past year, your posts were becoming rational, even occasionally perceptive. Not to worry, relapse is common in these situations. Keep trying. Eventually you will be able to ignore even a “there’s only one Arsene Wenger” song.

I wonder if he had been around, if there might have been some serious questions asked internally at Board level, about whether we should boycott this match. The club has folded to a rather obvious threat against one of its players and that should not stand.

If Arsenal boycotted this match UEFA would destroy them, a massive fine and years banned from lucrative competitions. The club is doing the best they can in a horrible situation. We all agree that this situation should never have happened but there’s not much the club can really do about it without self-harming. They have made it very clear they disagree with the situation and consider it unacceptable, as we all do.

I don’t doubt there would be UEFA action, but I wonder whether anyone on our rather feeble board even broached it with UEFA. I also suspect that the response would have been different had Gabon had a dispute with the Azeris. It’s unacceptable, but we’ve all accepted it.

I do kinda wish Wenger got offered a seat on our board, or still had some sort of role with in the club. It does kinda sting that after all he did for Arsenal he was kinda cast aside.

I am really happy though he is enjoying time away from the game, and who ever he gets a job with will definitely benefit from his knowledge no matter the role he takes up.

I so hope that Arsene writes an autobiography.

But he’s probably too classy to do it.

Where’s Wenger’s statue outside Emirates? Is that ever gonna happen in his lifetime? That’s the least the club can do for him.

Agreed!
Would be fun if it was a statue of him struggeling with his zipper..

A Different George
Reply to  Jonathan

It’s hard to imagine that a stand won’t be named for him.

Vonnie
Reply to  A Different George

I think that would be really tacky, the sort of thing small clubs do. I like our stands as they are.

Sure it would be good to have the added option of Mhkitaryan but lets face it, we aren’t ging to miss so much without him.

We have two strikers up top, supported by Ozil likely or Iwobi can come into a front 3.

CM will be Granit and either of Torreira or Guendouzi for good reason.

Then back 3 preferable one of Sokratis, Koscielny, Mustafi or Monreal.

And the wingbacks Kolasinac and AMN will have to play very well.

I’m wondering whether we will play our best team ie. ‘Leno’ in goal, or go down the sentimental route?

Wenger I feel wuld have gone into the France job but for Deschamp winning the WCUP and therefore going another two years into European cup.

Likely Deschamp will step aside after that competition 2010. So Wenger has opportunity then to work for France. He would be good for it being that it coincides with a golden crop of young French players that may well work to benefit his less interventionist approach and his better sensibilities with sheparding young talent.

I feel Arsene would’ve been knighted for his services to English football by now were he a Brit. May be an unpopular opinion to some but I think he’s well-deserving of it.