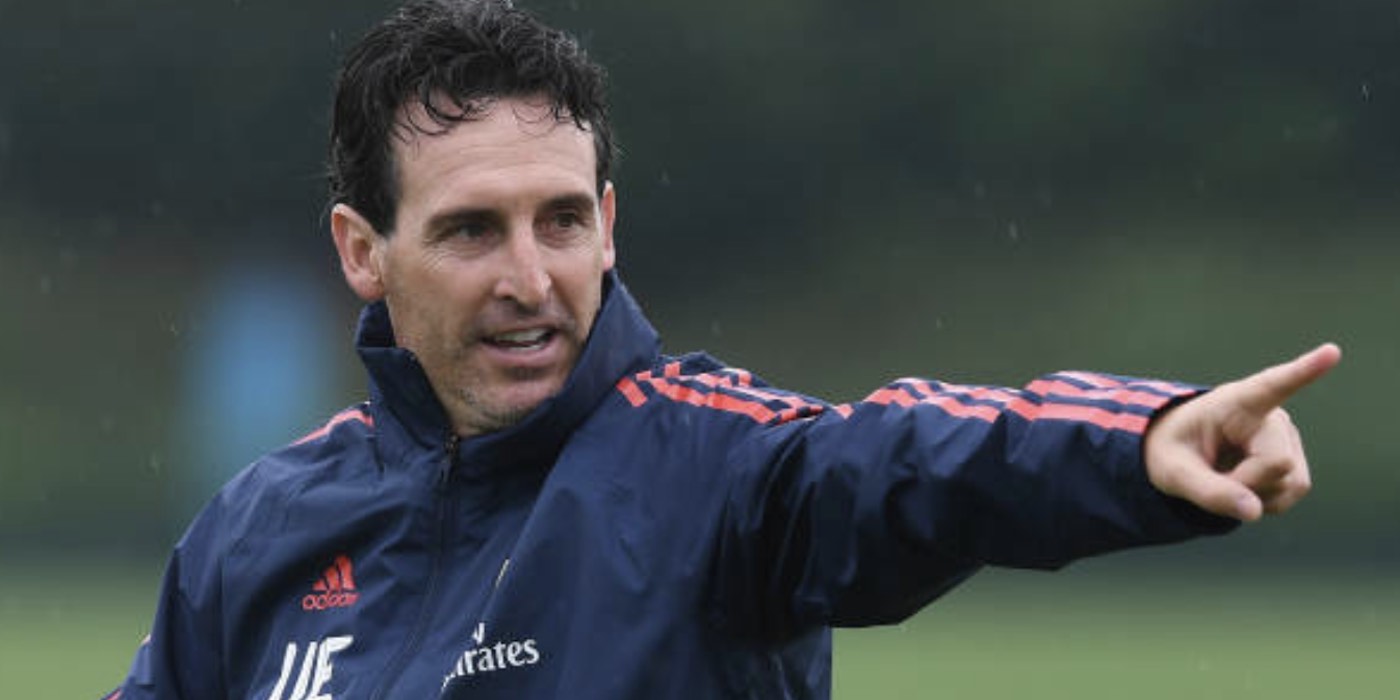 Unai Emery’s heaviest defeat as Arsenal manager came at Anfield last season with the Gunners going down 5-1 to the eventual Premier League runners-up.

It was the third consecutive defeat to the reds at their place, but the Spaniard insists that what happened last year is no precursor to what will happen on Saturday evening.

Describing the game a ‘big challenge’, Emery was also keen to play up the potential positive outcome – and a win for his side would put them top of the table.

“Each match, each moment, each season is different,” he said.

“We can use last year, two years ago, three years ago, four years ago, but really it’s about our moment and this moment.

Anfield is a big atmosphere with their supporters, they are a very good team and they advantage for us in their progress and in the last years.

“We need to take our best performance and to go there with a good feeling and also thinking we can achieve that performance individually and collectively to be strong and to have our chances.

“We are looking forward to going there and showing that. To be in this moment with the possibility on Saturday to achieve first position is amazing and a really big possibility.

“We know it’s only the beginning but we can be positive and optimistic for that match and wishing to show our moment against them, but knowing that it is going to be difficult but it is a very big challenge and a very big opportunity for us to do something.”

The last time we won in the league at Anfield was in September 2012 when goals from Lukas Podolski and Santi Cazorla gave us a win over a Mugsmashers side managed by Brendan Rodgers.

These are very worrying comments indeed. Lack of self reflection is never a good thing.

boooo get off stage man!!

I’ll get my Arsene’s coat’s coat…

Flavored Rice, eventhough I completely disagree with your footballing opinion, you have my upvote for that savage burn, eventhough it was technically incorrect.

I feel like there are too many ‘eventhoughs’ in my praise fr your clever zing. Maybe I should reconsider my upvote to you as well as my knowledge of grammar.

haha cant wait for another round of mugsmashers smashing us

It is important to remember that we did, in fact, take the lead last year at Anfield inspite of being shambles. Not saying we will win, but I am slightly more confident than last year.

It is important to remember that it could have been 6 or 7 we conceded at not 4. Honestly, our fanbase have the memory of a goldfish at times.

You’d think once bitten twice shy would apply to us, but alas, judging from Sokratis and now Emery’s comments, it would seem that we’ve learned nothing from the Europa league let down and the Anfield annual hammerings.

Is life always so joyous for you?

We have a chance though. We have the weapons to hurt anybody. It should be an entertaining game if nothing else.

Mate, is your rice flavoured with shit by any chance?

Well, to the contrary, i think it’s more FLAVORED SHIT.

You have to admire some of our fans’ steadfast commitment to cynical negativity. If we had taken anything less than 6 points from our first two games they’d be out for blood already.

As it is, we’ve put ourselves in a good position whatever happens in the next two games. Just read today that no-one even won at Anfield last season so this game’s basically a free hit.

Unai should hand all the lads usb sticks featuring an Elite Guide to Sh*thousing compilation, then tell the lads to just go for the throat

Your own memory is playing up. It was 5 (sorry)

Some of the less-aware amongst our fanbase seem to have overlooked the fact that we have upgraded our squad since last year. People trying to prove they are cleverer than everyone else often make themselves look like fools.

Last night I showed my moment to my wife, but it was not in a big way, and so it was not a good ebening for me.

In your own way, you were telling her she needed to be the protagonist

Even so, I went to the bedroom hoping for my best performance and to go there with a good feeling and also thinking we can achieve that performance individually and collectively. But, like I said, I was not in a big way.

It’s a process, and I belieb, with each day, you get closer

Thank you, Naan. My wife calls them ‘whiskey moments’, but perhaps it is a mental thing instead, as you suggest.

Cheer up Mayor. You may yet possibly on Saturday at least achieve first position which is amazing and a really big possibility.

You mean he may be allowed to sleep in the bath instead of out in the shed?

First goal will be so important…

It’s a chance to go top, wouldn’t have expected that opportunity! COYG

First goal last season wasn’t very important as it turned out. Think I might start feeling more confident when we reach our 5th goal. Those Liverpudlians can be quite tenacious.

With Auba and Laca up front, Pepe and MN on the wings and with David Luiz at the back, with Guandouzi/Ceb/Torriera/Xhaka/Willock who ever Emery uses, I have optimism to do the business at Anfield. COYG!!

While rightly recognising our strengths, we must also acknowledge who we’re playing – a team against which we have a poor record (rather like Newcastle and Burnley against us), and who are going for their 12th straight league win. This will be a real, 100%, gold-plated test.

If we lose but can walk away knowing it “Could have gone either way” then I will be happy that we have improved over last year. It will give me more hope that we can turn around some of those “unexpected” poor results we had last season against supposedly smaller clubs.

I remember that day in 2012 ‘Lukas Podolski, he scores when he wants’!

Man I miss that left foot.

7 years since our last win there, far too long, I remember when we used to go there and win for fun, it’s time to bring that back, COYG!

There have been bright spots, which I remember as well. Let’s hope we can make “a trip down memory lane” on Saturday.

Definitely think with the lineup we have this year we have the potential to score at least a couple, if not more. The big question will be have we learned/improved on the defensive end to limit them. The other issue I see is Liverpool is very good at pressing and we can’t have bad turnovers deep trying to play the ball out from goal kicks as Emery likes to do. It’s great when it works, but can have devastating consequences against a team like Liverpool.

Totally agree. I’ve seen a lot of gooners talking about the likelihood of us being able to exploit them playing it out from the back but we need to be very very cautious in that department ourselves.

This is why it’s the first proper test for the new look side. Unlike Newcastle and Burnley, we have a very poor record against Liverpool as the article mentions. There’s been, quite rightly, a lot of positive talk following our good Summer transfer window but this is where we begin to see – early days, of course – just how successful the several changes to the team from that which played in last year’s fixture have actually been. Let’s not kid ourselves, we need to get something from games at places like Anfield if we’re to make a sustained challenge… Read more »

To be honest, I think it is still too early to judge the impact of our new signings on the team. Heck, Tierney won’t play for weeks. January 2020 is when judgements can be made.

If we can’t get at least an idea of “better” or “worse” before January I would be surprised and disappointed. You need to know that sort of thing before the January transfer window, or else you lose a chance to turn things around.

Just avoid the play from the back thing and all will be well.

Our recent performances against Liverpool have been dire, the home game we drew 3-3, we could easily have been on the wrong end of a Rugby score, and that was at home.

If we play out from the back against Liverpool, like we did against Burnley? Then it could be another painful experience, however their keeper looks a bit dodgy, and they did look a bit shaky against Norwich and Southampton, so hopefully we can find away to beat their press and get at their back line, Aubameyang looks well up for it this season

It’s only Anfield, it’s not like we’ve never won the league there ?

Some might think this is a stretch but if we beat them on Saturday, I think we can challenge for the title. Anfield is the toughest stadium to play at along with the Etihad. So if we can win without our first choice full backs and a team that’s still gelling together then sky is the limit for this squad.